Magnus Carlsen and Wesley So started with victories. 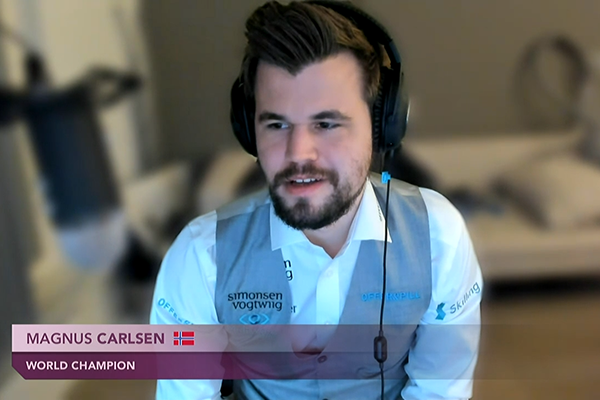 
The quarterfinals of the Magnus Carlsen Invitational, the 4th event on the Meltwater Champions Chess Tour, started on Chess24.com on March 16.

Magnus Carlsen has taken an early lead in his match with Levon Aronian, having won two games and made one draw. Wesley So defeated Alireza Firouzja 2.5-0.5. The matches Nepomniachtchi - Nakamura and Vachier-Lagrave - Giri were drawn.

The return matches will be played on March 17.