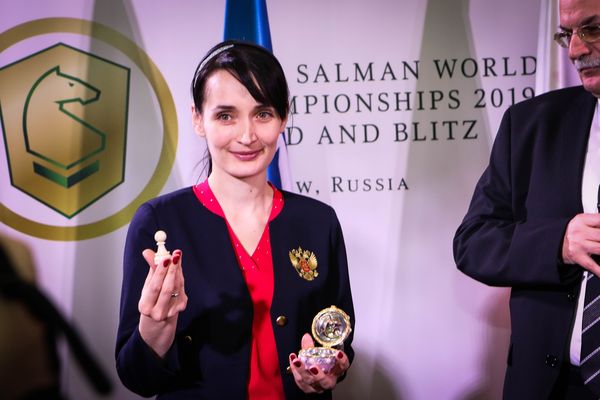 The King Salman World Rapid and Blitz Championships were officially opened on December 25 at the Central Chess Club in Moscow.

The legendary Central Chess Club was crowded as players, arbiters, celebrities of the chess world and journalists gathered for the official opening of what will likely be one of the most exciting chess events of the year – the World Rapid and Blitz Championships.

The official part was hosted by a well-known Russian TV presenter and sports commentator Dmitry Guberniev, who read out the greeting by the President of Russia Vladimir Putin. 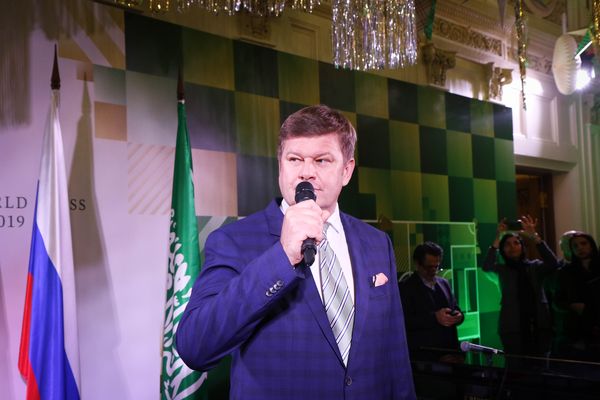 During his speech, FIDE President Arkady Dvorkovich, expressed gratitude to the continuous support of Saudi Arabia to this event as well as the support of global companies such as Total, Gazprom and others.

“I am happy that Russia is hosting another big event, this time in Moscow. It is wonderful that the event is held at a great historic place such as the Luzhniki Stadium which was home to all important ceremonies in the Moscow Olympics of 1980 and the FIFA World Cup last year, Dvorkovich said. “I wish everyone good luck and I declare the World Rapid and Blitz Championships in Moscow open”.

Tournament director, Executive Director of the Chess Federation of Russia Mark Glukhovsky stated the historical importance of Moscow and its Central Chess Club and expressed hope that the organization would live up to the standards. “I wish everyone lots of success and invite you all to come and follow the event”, Glukhovsky said. 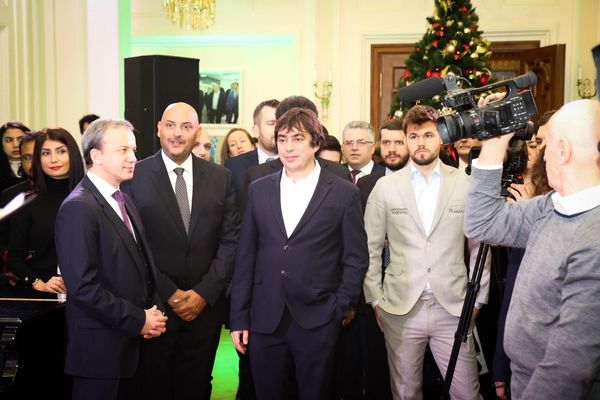 Chief IA Takis Nikolopoulos carried out the drawing of lots. All top-seeded players in the Rapid and Blitz events drew white pieces in the drawing of lots: Magnus Carlsen (Rapid Open) started the trend which was followed by Anna Muzychuk (Rapid Women), Hikaru Nakamura (Blitz Open) and Kateryna Lagno (Blitz Women). That means that all participants with odd numbers will have White in the first round in both the rapid and the blitz tournaments.

The official part was followed by a concert of a by well-known Russia pianist, singer and composer Denis Mazhukov. 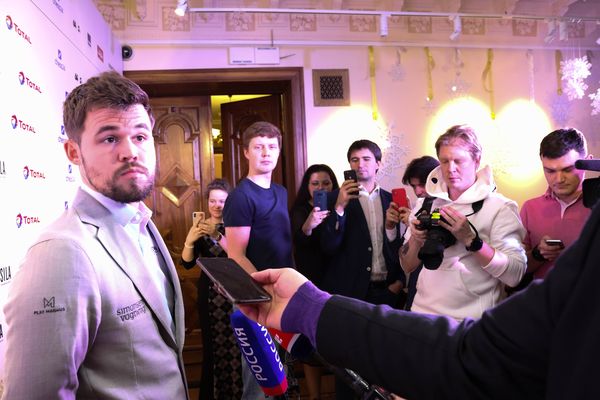 The Rapid and Blitz tournaments will be held at the grandiose Luzhniki sports arena. The event kicks off with a Rapid tournament from the 26 – 28 December, followed by a two day Blitz tournament on the 29th and the 30th. Over 330 participants from all around the world will be taking part. The accreditation cards will be handed out in the playing hall on December 26 from 1 PM until 2:30 PM.

Apart from the main events, there is also an additional programme featuring simuls, chess solving exhibitions, blitz and rapid tournaments. Also, the participants of the main chess events will not only square off in chess but they will also have a chance to face each other at a football tournament at the Luzhniki stadium in the evening on the 28th December.

The pairings will be published at 11 AM on December 26. 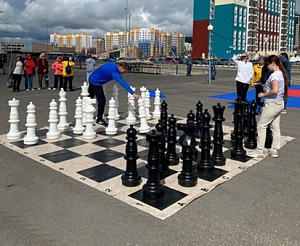