The King Salman World Rapid and Blitz Championships 2019 will be held in the VIP zone of the Grand Sports Arena of the Luzhniki Olympic Complex in Moscow from December 25 (arrival) till December 31 (departure), 2019. The prize fund is 1 million dollars.

The tournament is held with support of Gazprom and General Sports Authority.

All the players rated at least 2550 (men) and 2250 (women) in any of FIDE rating lists (standard,  rapid or blitz) from January to December of 2019, national champions as well as nominees by the organizers are eligible for participation in the King Salman World Rapid and Blitz Championships.

You need to contact the CFR Press Officer at kublashvili@yandex.ru to request an approval for your participation to the World Rapid and Blitz Championships.

Upon approval, you will be registered via a private invitation link that will be sent to you. 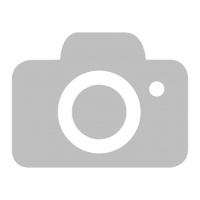 The history of World Rapid Championships as described by Dmitry Kryavkin

Selfcheck and Other Adventures of Magnus