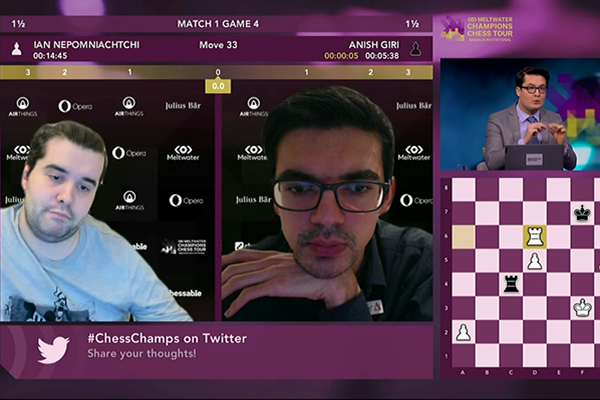 
The Magnus Carlsen Invitational, the 4th event on the Meltwater Champions Chess Tour, finished in Chess24.com on March 21.

In the final match, Anish Giri took an early lead, having won the second game. However, Ian Nepomniachtchi bounced back in the fourth one with the black pieces. The Dutch grandmaster won both blitz games to become the tournament winner.

The world champion Magnus Carlsen took the upper hand in the third place match against Wesley So. The Norwegian won the first game, and the following two draws brought him the overall victory.

The next event of the Meltwater Champions Chess Tour will be held from April 24 till May 2.