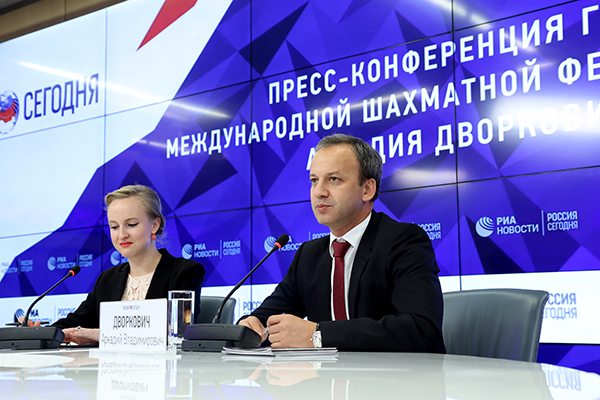 A press conference of FIDE President Arkady Dvorkovich was held in RIA Novosti on October 12th. The head of the World Chess Federation told about the FIDE presidential elections in Batumi and answered numerous questions of journalists.

"I would like to thank all chess federations, all the delegates, my opponents and, of course, a hospitable Georgia for holding the 43rd World Chess Olympiad and the General Assembly. We had a rather intensive election campaign. There were three presidential candidates: Georgios Makropoulos, Nigel Short and me. Our team was strong and professional and our arguments helped us take an upper hand in the competition," says Arkady Dvorkovich. "I am grateful to the members of my team for their work and support. At the moment, we are working on fulfilling promises given before the elections".

FIDE President also expressed his opinion about the situation with chess in various countries of the world and in Russia in particular.

"I am glad that the President of Russia Vladimir Putin met our national chess teams before the Olympiad. This is a very good signal for other countries. Our teams were inspired by that meeting. Unfortunately, not everything worked in chess games, but it helped set a very positive atmosphere nonetheless," noted Arkady Dvorkovich. "The Russian Chess Federation headed by Andrey Filatov is making a great job in promoting chess in the country and there are quite certain plans for the future. Some time later, FIDE will sign an agreement with the RCF as well as with other federations affiliated to FIDE".

During the press conference, FIDE President determined (by drawing of lots) the starting numbers of the participants of the World Women's Championship Zhansaya Abdumalik (Kazakhstan) and Nino Batsiashvili (Georgia) as well as Inna Gaponenko (Ukraine) and Marina Guseva (Russia) who have identical ratings and other additional criteria. Abdumalik got number 15, Batsiashvili - 16, Gaponenko - 33, and Guseva - 34. 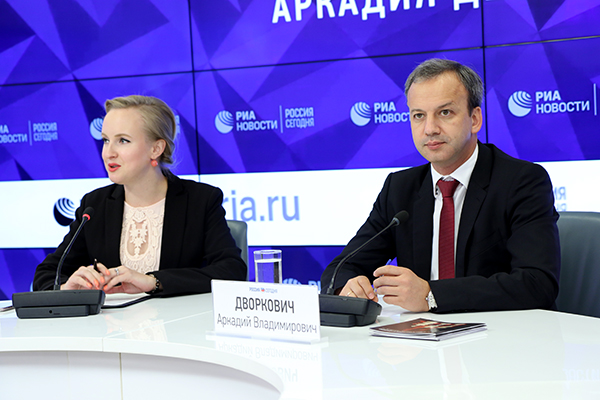 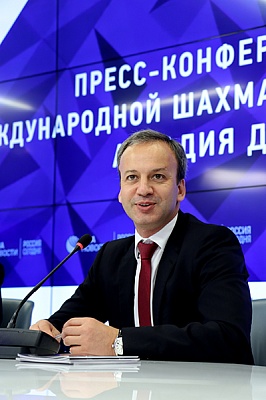 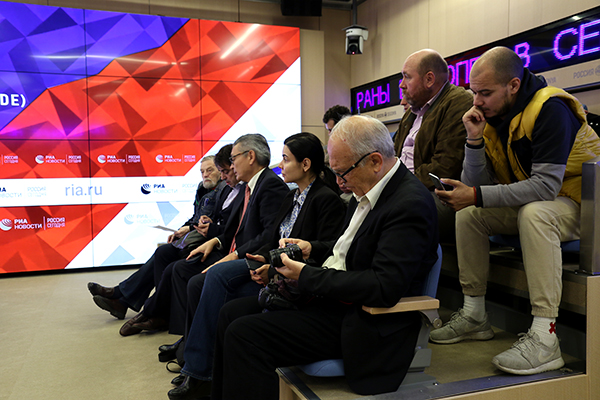 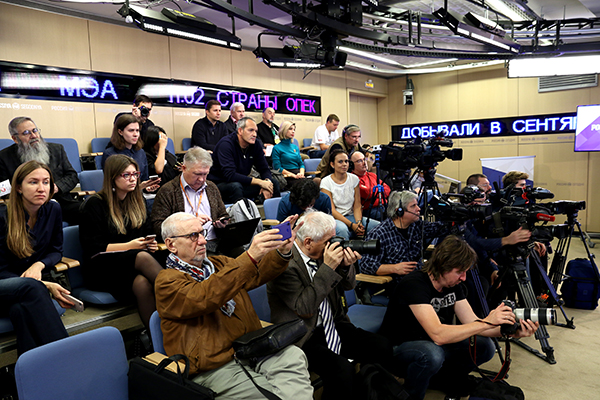 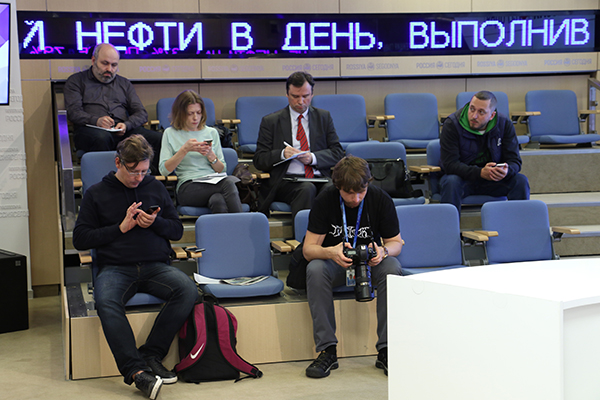 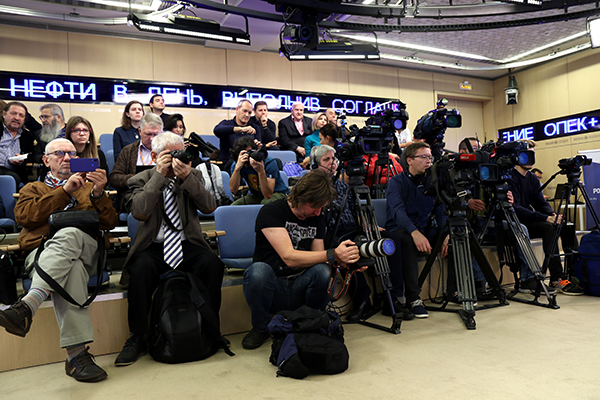 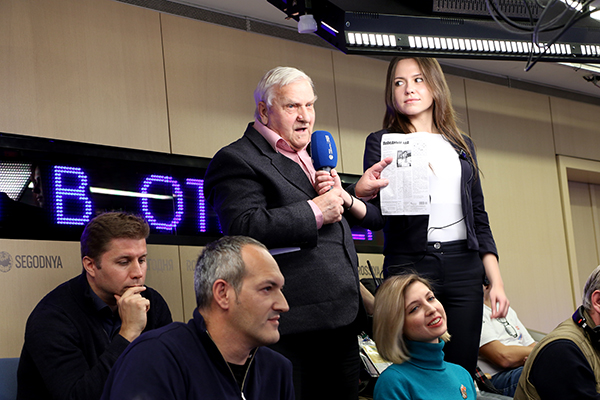 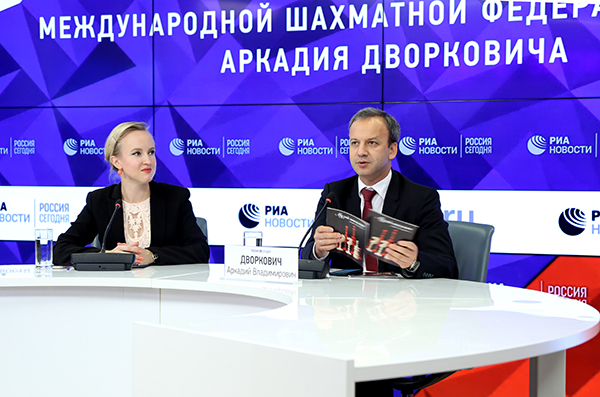 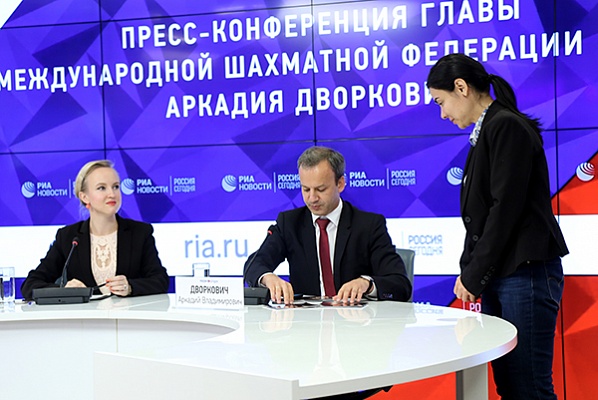 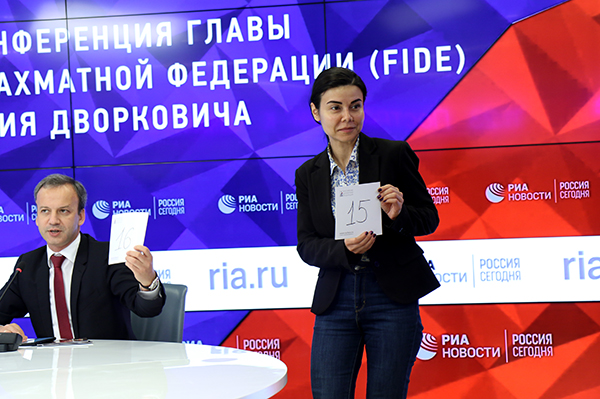 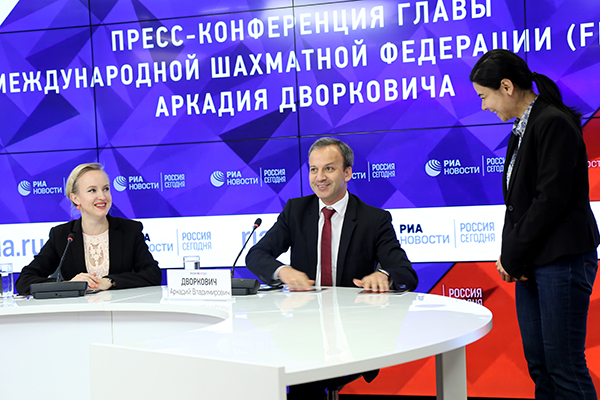 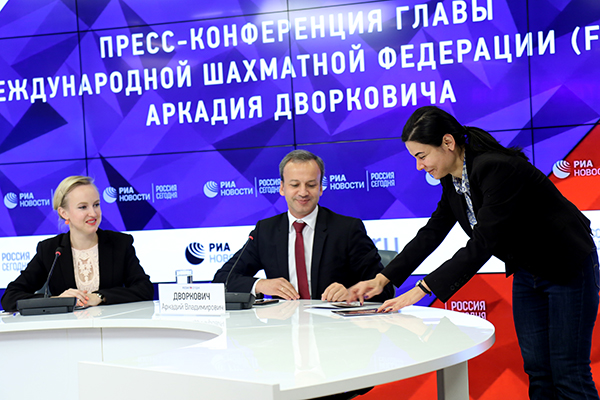 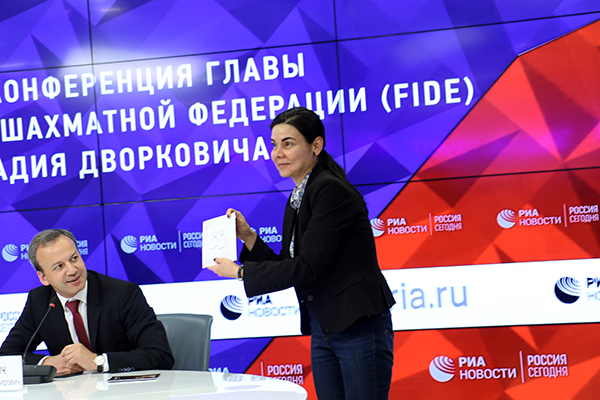 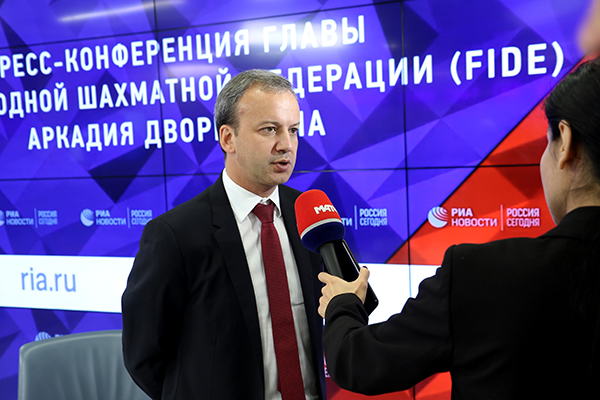 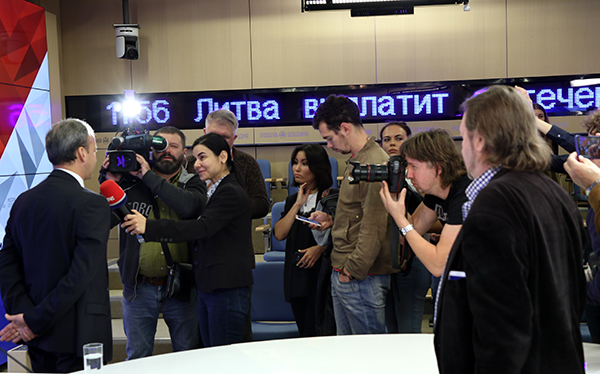