The chasing pack, slowed down by internal conflicts, was unable to catch up with the leader. Goryachkina has finally reduced her pace, however, three draws in a row made her unreachable with two rounds to go – an outstanding success!

Having White against Anna Muzychuk, Aleksandra employed a purely restricting strategy. In her two Black games, she successfully defended the Caro-Kann. Lagno went for a classical setup, only without h4-h5, but she delayed the typical knight jump to e5, allowing Black to equalize comfortably.

Tan Zhongyi's play was more ambitious, but she chose a conceptually wrong direction at the critical moment. 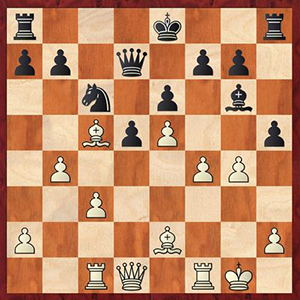 Tan opted for 19.g5 Ne7, which gave Black light squares for the minor pieces and provided her king some safety. White maintained the initiative, successfully challenged Black's stronghold on d5, even won a pawn, but she was unable to neutralize the opponent's counterplay.

For Tan, it was time to limit her ambition and accept a draw. She failed, and saved half a point only because the draw secured Aleksandra's the tournament victory. 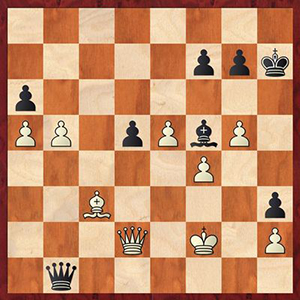 Anna Muzychuk and Kateryna Lagno switched places in the tournament table after the Round 12 – the Ukrainian won their individual game and advanced to second place. 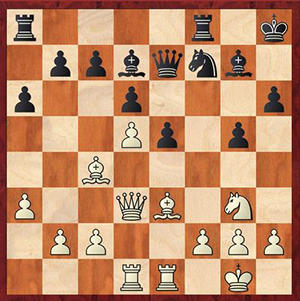 Black took strategic risks in the Jaenisch Gambit and completely refused to compete for the light squares. 18...b5 19.Bb3 e4 was the last chance to wake up her pieces. After 18...Rae8? 19.Qe4 it transpired that Black is completely helpless against the threats on theb1-h7-diagonal.

One can't help noticing striking similarities with their first half game, in which the Russian missed a chance to carry out a similar attack on the weakened kingside light squares. 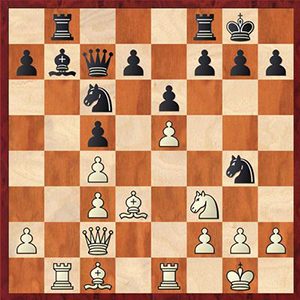 14...Ncxe5 15.Bxh7+ Kh8 is the best continuation for Black and leads to a sharp game. Kosteniuk wants to grab the pawn with comfort.

The typical reply that followed in the game is refuted tactically. 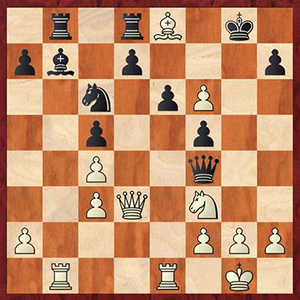 After missing the blow ong6, Black is lost. The Chinese came close to winning the best game of the tournament, however, her next moves were far less energetic. 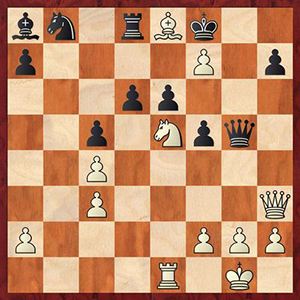 There is no question that exhaustion affects the play of all participants. In many games they failed to reach a logical conclusion more than once. 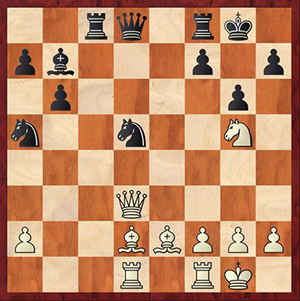 After the opening White ended up with hanging pawns of questionable value. She went for a break, but received no compensation for the ruined center.

In the diagrammed position, Dzagnidze came up with clever tactics: 19...Nc3!, aiming at simplifications. The game could end quickly in her favor when Gunina rejected 20.Bxc3 Qxg5 21.g3 and went for 20.Rde1? Nxe2+ 21.Qxe2. Now the obvious21...Rc2 wins a piece (22.Rd1 Qxg5). Dzagnidze played 21...Re8, maintaining the material balance. In the subsequent game, Gunina gradually created kingside play, utilizing the opponent's inaccuracies. Black put all her money on the most advanced passed pawn, giving away other pawns in process, and it led to an endgame with a rook and three pawns vs. a rook and a knight, which deserves an article on its own. 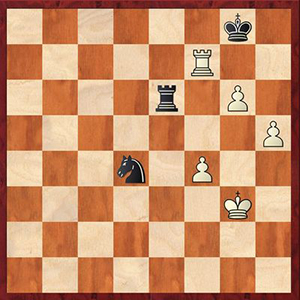 All games of the three-way tournament Gunina-Dzagnidze-Kosteniuk were decisive, but the winner could not be determined, as the players who lost in the first half retaliated in the second half. 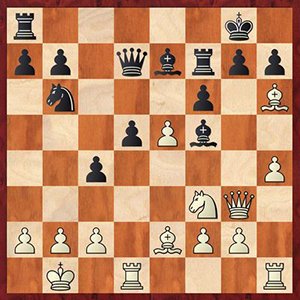 Instead of that, Gunina goes for the tempting, but not very well thought-out knight leap. 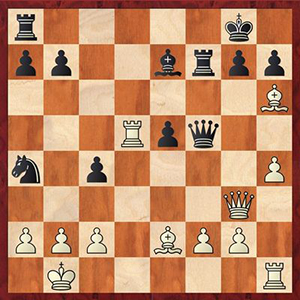 22.Bg4 Qg6 23.Be3 Re7 24.Rhd1. The situation has stabilized – White has a clear advantage. Alexandra proceeded to win the game. 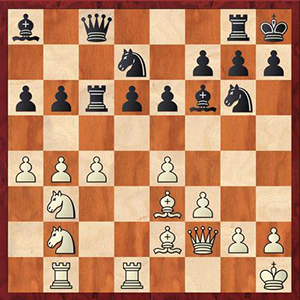 White played with more determination in the Hedgehog. Her position is more harmonious, and there is a clear plan of developing the initiative on the queenside by а4-а5. Black carries out a typical break, but she is poorly prepared for it. 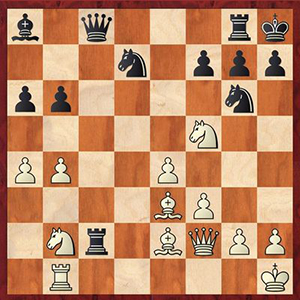 Mariya Muzychuk collected only a point in the latest three-game stretch, however, with some luck and determination she could get as many as 2.5. 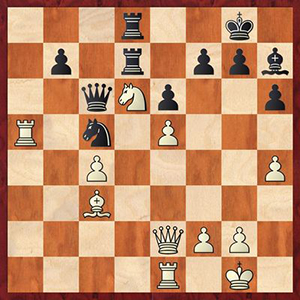 31.Qg5! White avoids the trap and develops powerful kingside initiative, which will unfortunately evaporate because of the mistake on the next move. Now 31...Nd3 is bad in view of 32.Bxg7. The threat of taking on g7 is very strong. 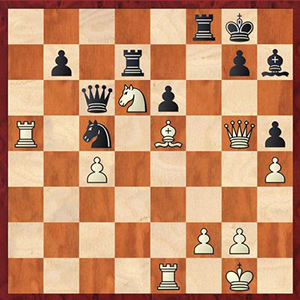 Mariya made a solid-looking move32.Bg3?, which takes the attack off g7. After32...b6White was forced to part with an exchange –33.Rxc5 Qxc5 34.Qxc5 bxc5, and Valentina slowly converted her advantage.

However, the computer notices much stronger tactical ideas. 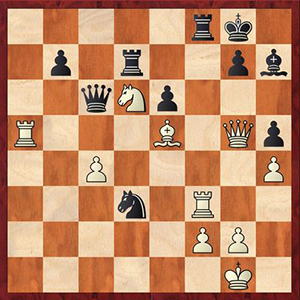