The Nazran match has resumed an excellent tradition seen last year: after the game the opponents would Immediately approach the audience to share their impressions. Meanwhile, your correspondent records everything and then rechecks all lines on the computer. Game two was so complex that there has remained a lot to catch up with yet. Anyway, the amount of lines processed by grandmasters during the game commands respect. 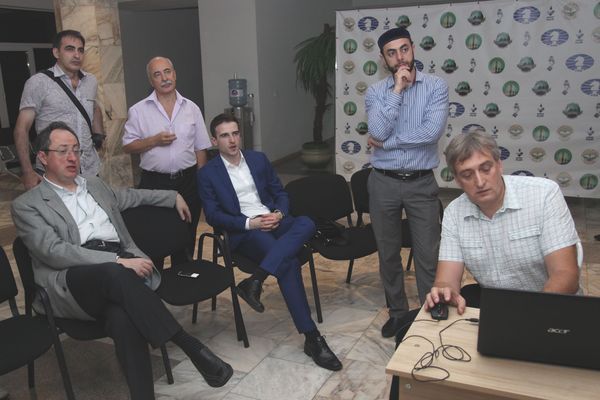 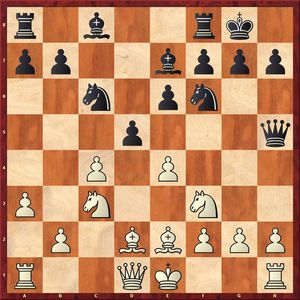 “This is one of the most direct plans” (B.Gelfand).

Unlike Inarkiev, Gelfand avoids the hedgehog structure and strives at breaking up the center immediately.

“I was not especially worried about my position. Right now I have only my a1-rook out of play yet, but otherwise my pieces are deployed actively. 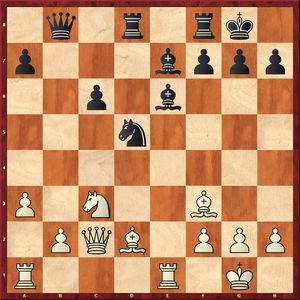 “This moves gives rise to some sort of a semi-forced play.” (B.Gelfand).

"Yes, but it's not clear what White is supposed to do." (B.Gelfand).

“"22...Bf6 might be also an option, just playing for compensation, but the text poses very serious problems as well. All of a sudden, White finds himself in the woods” (B.Gelfand).

“It goes without saying that Black is compensated for the missing pawn, but it may evaporate any moment” (E.Inarkiev).

“Black’s moves are very committal. There must be some blow available, otherwise the compensation is likely to disappear” (E.Inarkiev). 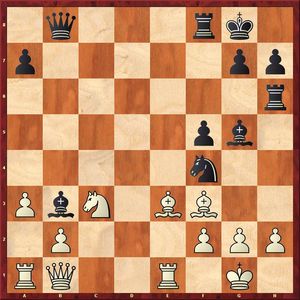 This is an only move in Gelfand’s opinion. On the other hand, Inarkiev thought 24.g3 possible either. “This is an interesting position, but I do not think White is losing, honestly speaking. On the other hand, Black’s initiative is obvious here; therefore, there is no point going for it if there is a normal continuation available instead“ (E. Inarkiev). 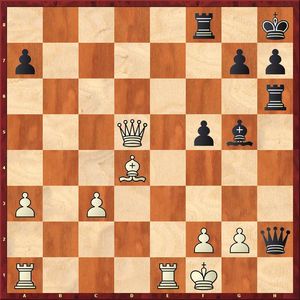 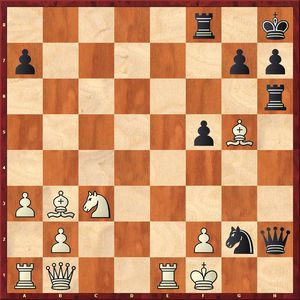 Extremely strong here is 27…Qh3! 28.Ke2 Re8+ 29.Kd2 Rd6+ 30.Bd5 Nxe1, upon which White should rather take the e1-knight, sacrificing his queen. There appears a double-edged position with three minor pieces for the queen. Although the gaming initiative is with Black, there is a lot of fight ahead. 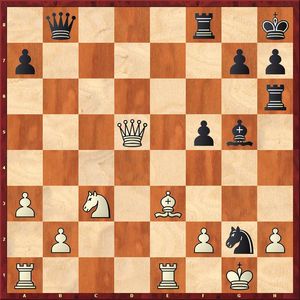 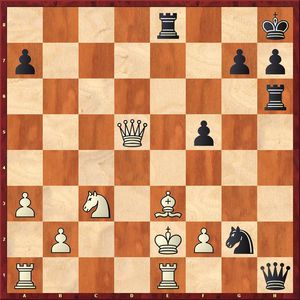 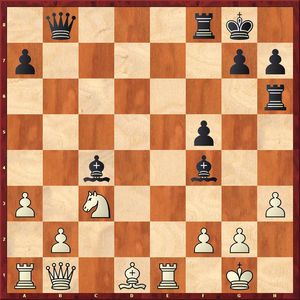 “I have somehow lost the thread of the game to find myself in a very unpleasant position” (B.Gelfand).

This is a very underwhelming decision as Black’s pieces become subjects to tempo attacks. A dynamic equality is maintained by 28...Kh8 29.Bf3 Bd4. 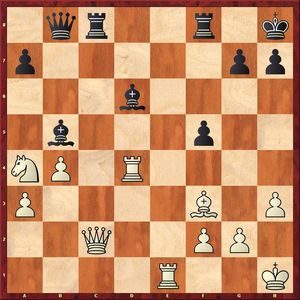 “I wanted to win as comfortably as possible and got carried away with it” (E.Inarkiev).

“Indeed, the impression is such that any play is about to exhaust in just a couple of moves...” (E.Inarkiev).

Let us add that if White was unwilling to have his knight pinned, he could have opted for 34.Qd1.

“White’s position was so good that even an exchange sacrifice was not enough to go down” (E.Inarkiev). 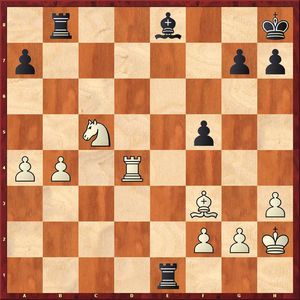 “The question really boils down to whether or not the white pieces are dislodged from their active positions. And what is the idea of the move anyway?” (E.Inarkiev).

“This is a complex position, but should be tenable. I see the computer evaluates it in Black's favor, but any position up an exchange would be evaluated similarly, even if it is a dead draw” (E.Inarkiev). 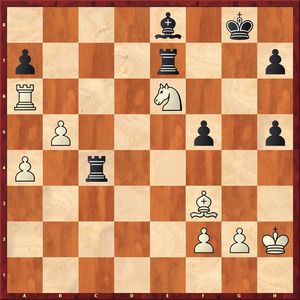 At this moment, with no more than two minutes on clocks of both opponents, Boris Gelfand offered a draw that was accepted by Ernesto Inarkiev.

"There is no big risk for anyone, but after what has happened in the game it felt like enough already" (B. Gelfand).

“With Black up an exchange, declining a draw would be somewhat weird. Should Black want to trade all pieces off the board, I do not think he will have any problems achieving this. Another thing is, if he is willing to persist, he needs to take risks, and White will have a dangerous counterplay with a4-a5 and b5-b6.

Well, Boris was unwilling to sacrifice, and then I lost an exchange in just one move...” (E.Inarkiev). 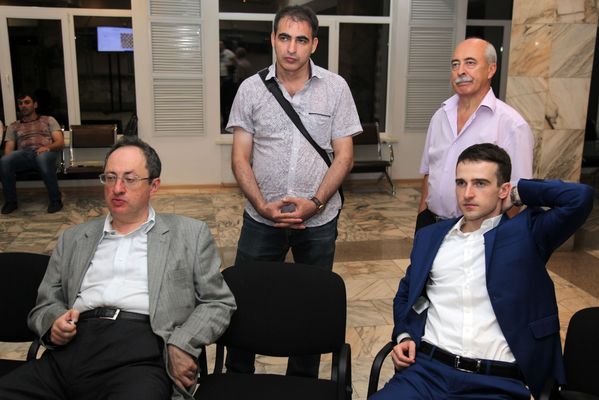