The Arkady Dvorkovich Team organized a big sport event on a free day of the Olympiad: the first Football Intercontinental Cup among participants and representatives of chess federations.

The tournament was held at a very high professional level: participants had been listed several days prior to the start and on the match day, buses were waiting near hotels to take the players to training fields of Dinamo Batumi. Boots in order of individual sizes and colored bibs were given to all players. Having changed clothes and footwear, the participants went to the pitch to warm themselves up. 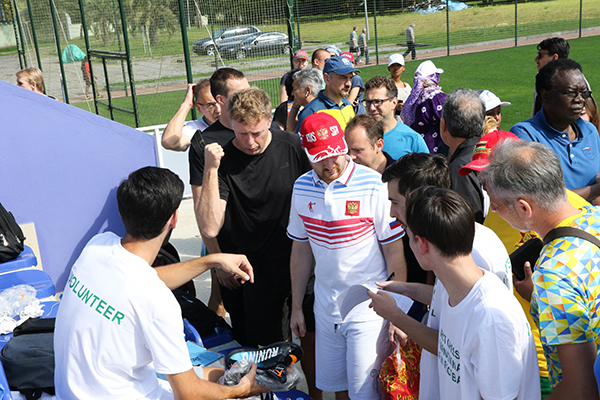 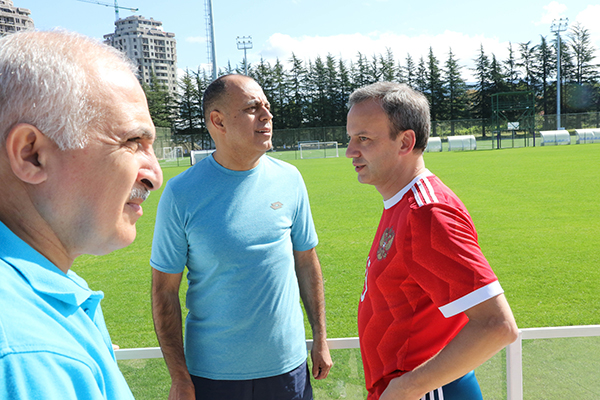 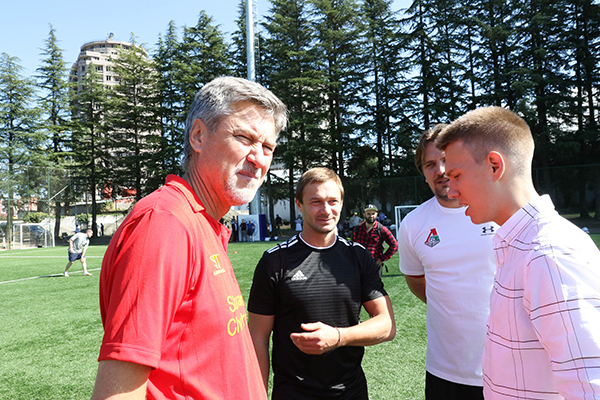 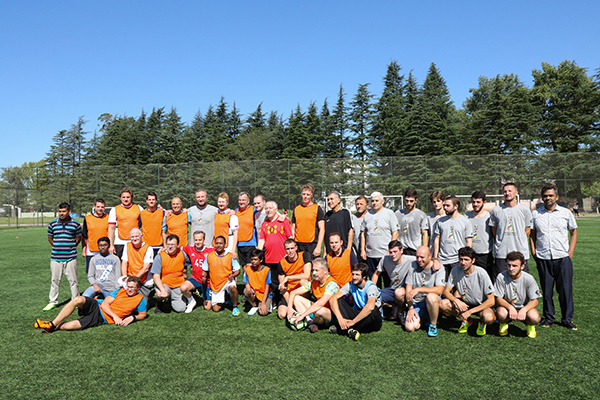 Food and drinks were served for the guests and the press. The music was signing and the sun was shining. It was a wonderful time! 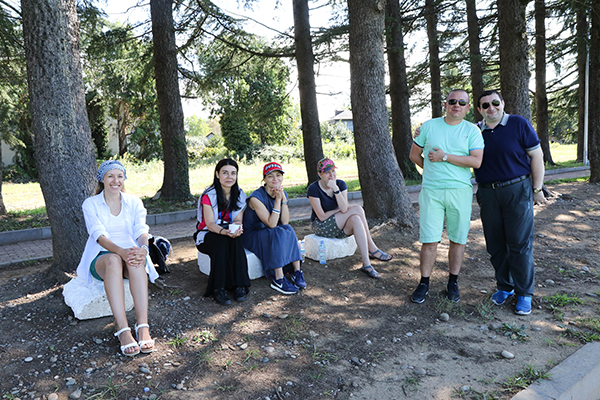 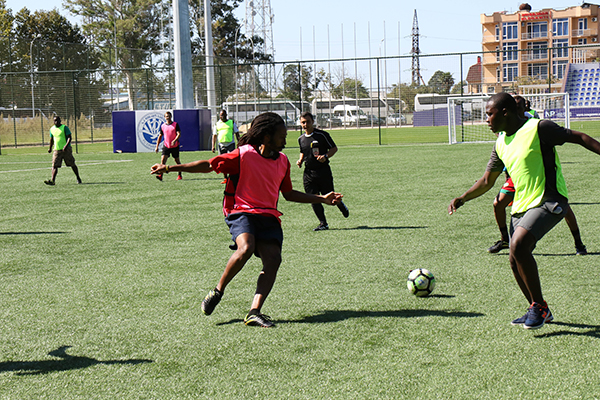 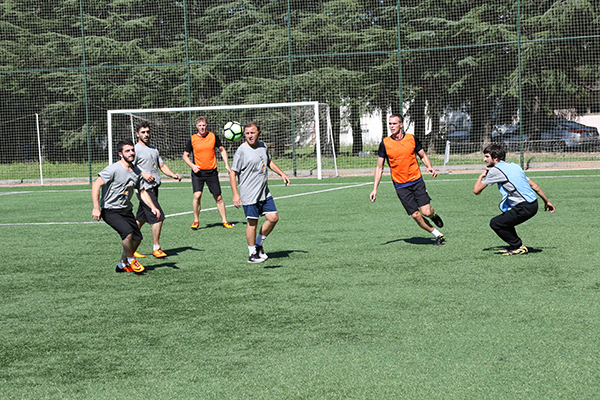 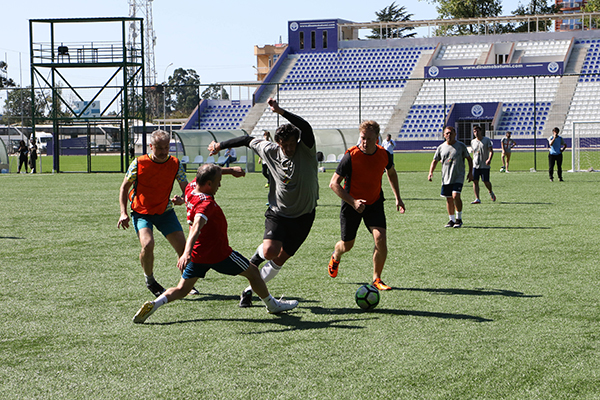 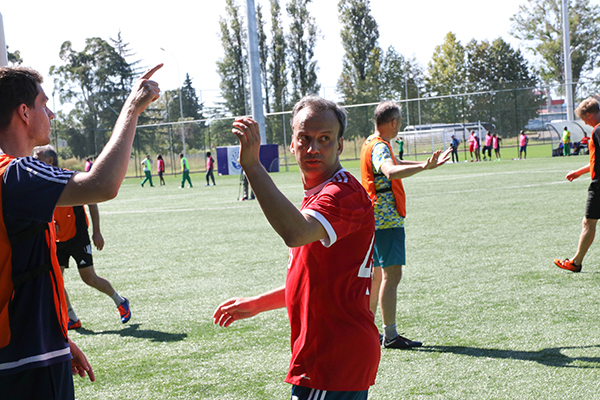 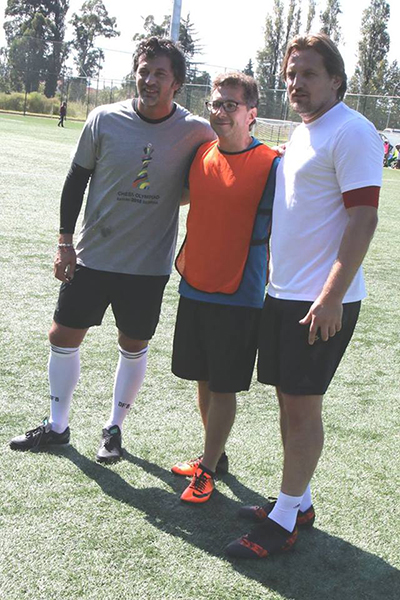 – I think that sport events of this kind are a fine chance for chess players to get together and have some rest at Olympiads. As they say, it will give them something to remember! Football stars helped a lot: Seedorf, Malouda, Kaladze, Sychev, and Bulykin. Of course, everybody has got double positive impressions from everything.

It is a game: somebody plays better, somebody plays worse. Step by step, we have found common ground with our teammates. After the first match, it became more or less clear how everybody played and we could start developing schemes and combinations. Of course, we grew tired in the end, but, in general, I think everybody is satisfied.

– Are you satisfied with your own play?

– No, I am not. I played normally in the first match, but then I ran out of energy a little bit. It was rather hard as a result of a long break in trainings, and also humidity is very high in Batumi.

– Do you plan to organize such events on a regular basis?

– Yes, such events are needed during mass chess tournaments such as Olympiads, World Cups, etc. Gala matches, where, for example, best chess players of the year can be rewarded, are also suitable as well as matches with football legends.

– What are your general impressions of the Olympiad?

– The organization becomes better step by step; first days’ turmoil is gradually transforming into a normal course of affairs. People do their best to make everybody feel comfortable. The tournament fight is very interesting and there are practically no easy matches.

– Bermuda Party is a long-standing tradition of Chess Olympiads. It is fine when representatives of more than 180 countries get together and have fun! 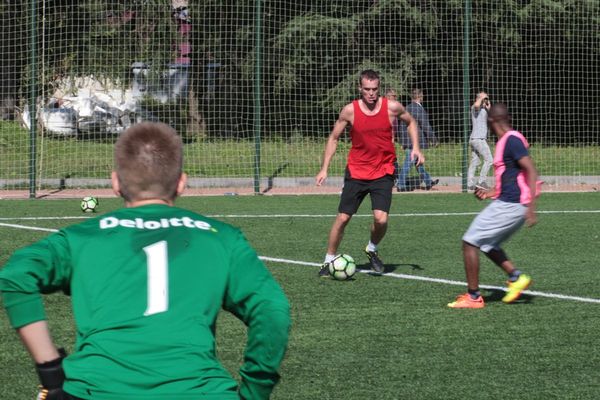 – I came from Arkhangelsk where we have white nights in summer that’s why we often played football all night long in childhood. Here I played on a professional pitch for the first time.  I can’t complain: Batumi, sun, and a good company!

– Was it easy for you to establish cooperation with your teammates?

– It grew better with every match. I would like to note that running experiences are absolutely different in football and basketball.

– Did football stars excel a lot during the play?

– Not likely: they are all already dismantled so we had to take the play upon themselves. Ofcourse, Iamjoking! (laughs). Skill remains skill; Dmitri Bulykin controlled everything in our team, he feels the game perfectly. Seedorf is just incredible! His dribbling is fine, and he knows what to do and when. To tell you the truth, I was pleasantly surprised with Arkady Dvorkovich. I found himself on the pitch together with him for the first time and I saw that he understands the game very well. In general, we had a very good time! 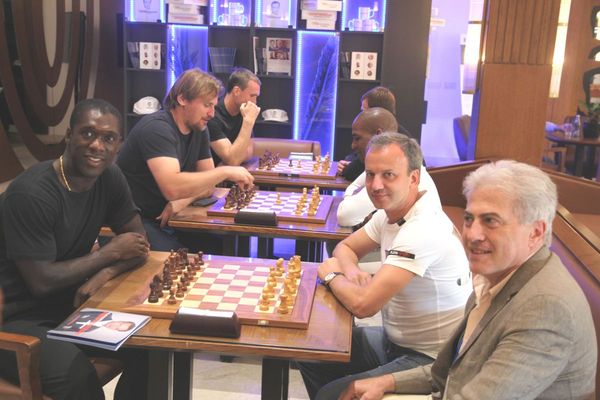 
After the tournament, Arkady Dvorkovich invited football stars to visit his team’s Chess Lounge where they managed to have some rest, talk to each other and play chess.

All in all, a free day was fine, but the next Olympic rounds starts soon. The Russian men’s team plays with India, while the women face Armenia.