November 24 gives start to the World Chess Championship Match in Dubai between the reigning champion Magnus Carlsen of Norway and the runner-up for this title, Ian Nepomniachtchi of Russia. In his interview to Vladimir Barsky FIDE President Arkady Dvorkovich shared his point of view on the difference between this and all previous matches for the crown.

– Mr. Dvorkovich, how come this match is going to take place in Dubai?

– When weighing out options for the upcoming world championship match venue back in 2019, we gravitated towards choosing a spot most attractive for the audience. This is when the idea came to align the match with some public events to further highlight it to a broad audience instead of chess fans only. These reflections lead us to the world exhibition Expo. I once took part in the city of Yekaterinburg's bid to hold this exhibition, but Dubai defeated the capital of the Urals back then. I contacted the organizers and partners to find out that this interest was not one-sided. The negotiations went smoothly, and we got down to planning the match-related activities. It happened so that both Expo and the match were postponed for a year, but it's quite positive that this interest is still mutual and that we have managed to come to terms.

This is one of the most robust matches of recent years in terms of the prize pool and overall financial funding. We have lacked similar financial conditions probably since the matches featuring Garry Kasparov. The significant chunk of financial support comes from our partners – the organizers of Expo and such companies PhosAgro, Kaspersky, Algorand and others, and we highly appreciate it. I am confident that their expectations will materialize in full.

– What is the prize fund?

– Two million euros. As far as I know, this figure exceeds those of any championship match of this century. The winner gets 60%, and his opponent – 40%; if it comes to a tie-break, the prize pool is split as 55 against 45.

– Does this match stir much interest with the mass media?

– By holding the event on a public platform of this caliber and due to the wave of interest in chess caused by tapping into the potential of Internet chess and thanks to the Queen's Gambit popularity, we are now looking attractive to TV, the American one among them. We have signed a contract with NBC to run an hour show on this channel on a daily basis. Naturally, the event will be covered on the Russian television as well. The Norwegian TV has maintained a many-year contract for broadcasts of World Championship matches. The Internet will, of course, broadcast games with comments in both the Russian and English languages. It has become possible also thanks to our Russian partners, – the PhosAgro company in the first place.

– What program is in store for the Russian fans?

– Besides broadcasting on the Match TV channel, we are setting up a special studio on the third floor of GUM with the help of our partners who run this superb shopping and public center on Red Square. Commenting on the games will be GM Sergey Shipov, and the fans will be able to communicate with each other, participate in simuls against leading chess players. To take pictures with famous people and get their autographs will also be an option. This broadcast will overlap with those on other TV channels.

By the way, we plan certain events in some other world cities as well, but will announce it in a short while.

– And what will run in Dubai in addition to the match?

– Many events are planned, as they say, "on the sidelines" of the match. The Spanish pavilion "Expo" is the venue of the school championship final. Needless to say, simuls and various kinds of other activities are going to take place. I hope chess fans will enjoy it!

– Who will FIDE nominate as broadcast commentators?

– Former world champion Vishy Anand and IM Almira Skripchenko. The special show’s host for NBC will be American GM Maurice Ashley, a very popular commentator. This is the backbone of our team. Besides, other colleagues will join them from time to time. We count on Vladimir Kramnik, Anatoly Karpov; Judit Polgar and other guests might also be there.

– How this match’s regulations are different from its predecessors?

– The key difference is 14 classical time control games instead of 12. With more games that we have now, the probability of error increases. Moreover, tension is known to go up as the number of rest days goes down. We will actually have two rest days per week, unlike the previous one rest day following every two games. Match schedule: three games – a rest day – two games – a rest day - three games, etc. This is designed to increase tension and interest in the match. This is to bring up the rate of decisive games compared to the 2018 London match between Magnus Carlsen and Fabiano Caruana, in which all 12 classical control games ended in a draw. I hope that Dubai will bring us more decisive games, after all.

– It is not entirely correct to ask a FIDE President whom he is going to root for. What is your take on the number of decisive games played with classical time control?

– More than two, I believe.

– Do you think it will come to a tie-break?

– I think it will come to a tie-break despite decisive games anyway! The audience will like it, but it will come as incredibly tremendous stress for the chess players. I understand the Russian fans’ unwillingness to see it go into a tie-break as they are perhaps looking forward to Ian Nepomniachtchi’s victory in the classical section. However, I think the balance of forces is approximately level (this is not mine but many experts’ evaluation), and the match might well reach a tie-break. 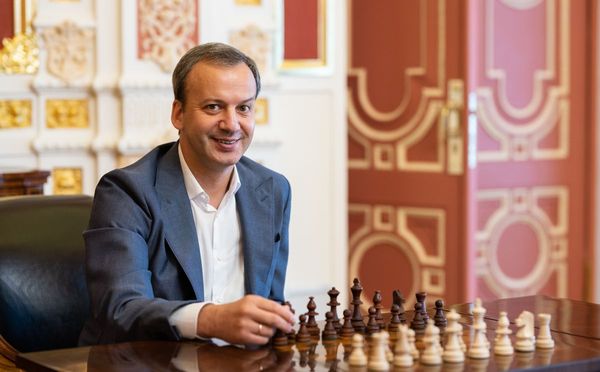 – The pandemic has already stretched the standard two-year championship cycle into three years. It looks like the new cycle needs to come to completion in the year 2022, right?

– Right. We have already launched the next cycle with the Grand Swiss tournaments taking place in Riga. The Grand Prix stages scheduled for the next year complete the qualification into the Candidates Tournament. Names of nearly all participants are already known as there remain only two vacant spots. 2022 is also the year of the Candidates Tournament, and we plan to organize the world championship match in the first half of the year 2023, so that the interval between two matches is about a year and a half or somewhat less than that.

– Are you happy with the way the Riga tournaments have come about?

– Extremely happy! We managed to run a full-fledged tournament no matter the restrictions and lockdown in Latvia. There showed up nearly everyone and the refusals were very few. Those who have refused will obviously participate in the Grand Prix to fight for the remaining tickets to the Candidates Tournament. Every player in Riga liked everything. There have been virtually no complaints. We have experienced very few technical difficulties. There is nothing pleasant about the lockdown, of course. However, it has to some extent contributed to acting in a more disciplined manner and eliminating even minimal risks to the health of chess players.

– Where and when will the Grand Prix stages take place?

– They will run in the beginning of next year in Berlin, Belgrade and then again in Berlin. We expect a very tense fight between Ding Liren, Alexander Grischuk, Maxime Vachier-Lagrave, Shakhriyar Mamedyarov, and Levon Aronian; a young chess player Vincent Keymer and a highly experienced Alexei Shirov have also qualified from Grand Swiss. We gather very robust tournaments indeed!

– Who has volunteered to host the Candidates Tournament?

– We are currently running an application campaign. We expect to receive at least one application by the end of this week. I expect it to be a decent proposal that we will accept. The tournament will most likely take place in Europe; but we'll delay a final decision for a little while.

– Have you discontinued the tradition of granting a wild card to the country hosting the Candidates Tournament?

– We have definitely discontinued it for the upcoming event. Since FIDE organizes this event, I gave the wild card to Teimour Radjabov. Overall, we want to organize the future Candidates Tournament based on athletic merits only. Therefore, the wild card system will remain as is for other tournaments, such as the World Rapid and Blitz Championships, the Grand Swiss, and the World Cup. That said, the number of wild cards will be as few as possible so as not to deprive the competition of its athletic achievements’ principle.