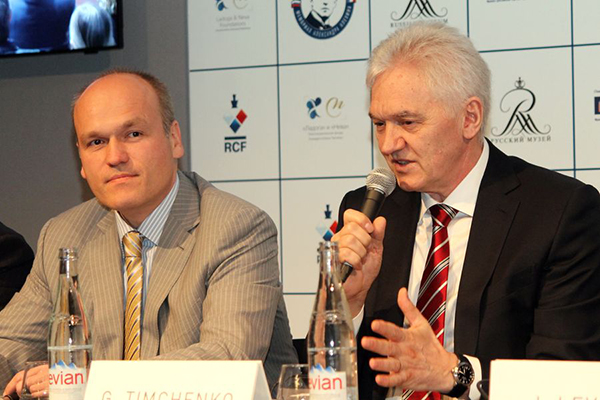 As the world goes through a global health crisis, chess stands out as a unique sport that has successfully resurfaced online to bring together professionals, amateurs, and fans around the world. The Play For Russia charity tournament is a good example of how sport can become a fine platform for charity and help medical personnel of the regional hospitals.

At the initiative of the strongest Russian grandmasters, the tournament is organised on May 12-14 with support of the Chess Federation of Russia, the Ministry of Sports of the Russian Federation, the Timchenko Foundation, the Ramax group of companies and Gazprombank (Switzerland).

Match TV, media partner of the tournament, will provide the coverage and live broadcast. The tournament will be played on Lichess.org, one of the most popular gaming platforms.

24,130,000 rubles have been donated so far, but the fundraising process is going on. The prize pool will be shared among regional hospitals and health workers fighting the COVID-19 epidemic. The participants will determine beforehand the amount and recipients of the donation, depending on the needs of a particular health institution. The entire prize fund is distributed equally among the regions, regardless of the final standings. After the tournament, Timchenko Foundation will deliver individual protective gear and medical supplies to 10 regions of Russia.

Gennady Timchenko: "Chess unites educated and open-minded people, who know how to take key decisions. And this tournament bears witness of it. Sportsmen, who take the responsibility during the crisis and attract the attention of the whole country to their initiative, deserve unlimited respect, and I am very happy to have an opportunity to support this project".

It will be a double round-robin event featuring 5 minutes per game plus a 2-second increment per move. The GMs will first play the round-robin part to reveal the strongest four to qualify into a knockout play-off.

We invite all chess lovers to support this event!