He defeated Ian Nepomniachtchi in game 11. 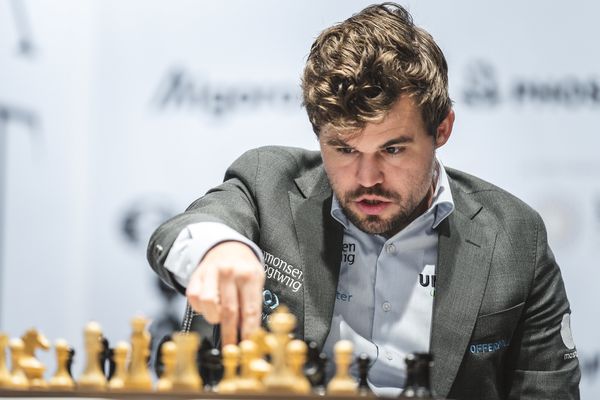 Friday, December 10, game eleven of the Nepomniachtchi vs Carlsen Championship Match finished at the Expo 2020 Dubai. Adi Mishra, the Algorand Ambassador (the official blockchain partner of the FIDE World Championship Match), made the first move for the challenger.

Nepomniachtchi opened the game by moving forward his king pawn, and Carlsen came back with 1...е5 as in previous games. After 2. Nf3 Nc6, the Russian GM deviated from the Spanish formations and developed the bishop to c4. The world champion was ready for the Two Knights Defense (3. Bc4 Nf6), in which Black usually gives up a pawn for the initiative. However, Ian opted for a more solid positional continuation, upon which the game transposed into Giuoco Piano.

Careful maneuvering and timely trade of pieces allowed Black to equalize and carry out a typical d6-d5 break in the center, upon which new exchanges and a complete liquidation should have been a result. However, the difficult match situation urged Nepomniachtchi against a draw, and he tried to spice up the game, but at the same time overstepped the point of no return. Carlsen sacrificed an exchange to get a pawn as compensation and a ferocious attack against the white king. It was already Black who enjoyed a material advantage before long. Magnus Carlsen played with utmost safety in the game that followed but converted his overwhelming material edge in the end anyway. Black recognized his defeat on move 49.

Thus, Magnus Carlsen has scored an early match victory 7.5:3.5. We congratulate the 16th World Champion on a convincing victory!