The battles resumed after the rest day. 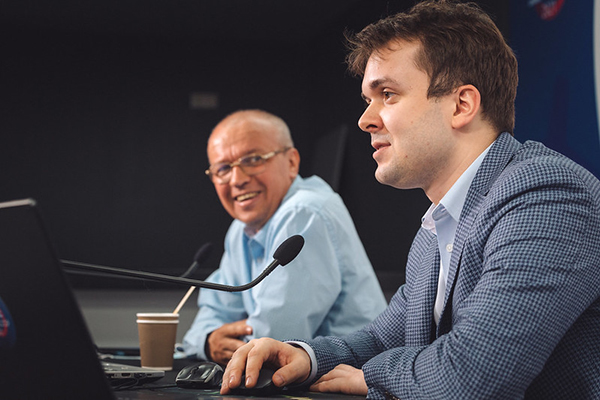 The FIDE World Cups resumed in Krasnaya Polyana of Sochi after the rest day.

Vladimir Fedoseev (Russia) defeated Vladislav Kovalev (FIDE) as White in the open tournament. The Russian noted that “it happened to be relatively plain sailing. I have not even realized why it happened this way and where my opponent went wrong. As such, this game is of interest in that White has won without making even a single difficult move."

Radoslaw Wojtaszek (Poland) and Magnus Carlsen (Norway) opted for a closed opening, but major hostilities broke out somewhat unexpectedly around move twenty. White sacrificed a piece for two pawns, to which the world champion came back by sacrificing a piece of his own. Following a brief tactical skirmish, the opponents agreed to a draw in a position with unbalanced material but approximately equal chances.

In the Russian derby Esipenko–Dubov, White gained a substantial edge, but Black put up a stubborn defense and eventually escaped.

In the women's tournament, the ex-world champion Antoaneta Stefanova (Bulgaria) defeated as White the rating favorite Alexandra Goryachkina (Russia). Black pressed for quite a while, but on move 26 the Russian player committed a fatal blunder, dropped a piece and lost shortly after.

Polina Shuvalova of Russia defeated Nana Dzagnidze of Georgia as White in a tough struggle.

The return games are scheduled on Friday, July 23. Equal scores, if any, will go into tie-breakers.