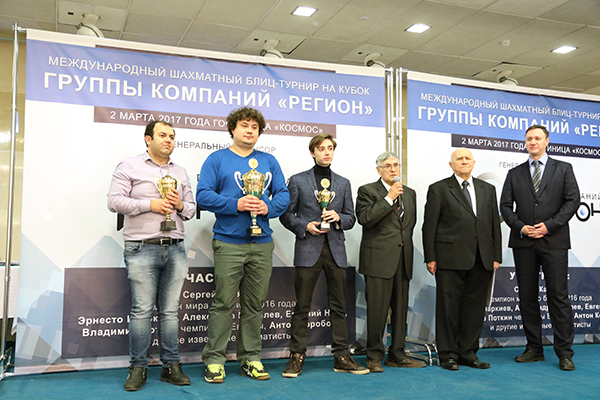 The Region Group international blitz tournament took place on March 2, 2017, in the Kosmos Hotel. 200 players took part in the event.

This competition is one of the most famous speed chess events in the world, which traditionally attracts many distinguished masters of lightning chess. The prize fund of the tournament is 20,000 Euros.

CEO of Region Group Sergey Menzhinsky: “I am glad that we once again carried out this amazing tournament. I sincerely congratulate the winners. In my opinion, chess is very similar to intellectual work, especially in the field of finance. We continue to support this tournament, as we realize that chess players need an opportunity to play, compete, and get better for the good of Russian sport.”