The Russian is sharing second place. 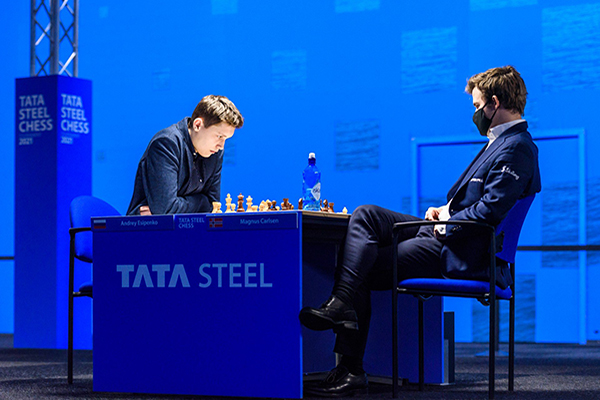 
The eighth round of the Tata Steel Masters was played in Wijk aan Zee on January 24.

Andrey Esipenko, who played his first classical game against the World Champion Magnus Carlsen, chose the most principal line in the Najdorf Variation of the Sicilian Defence, and implemented a typical piece sacrifice on b5 in the middlegame. Soon the Norwegian returned the material; however, the White's position was close to winning. Esipenko achieved victory with a precise and confident play.

In his post-match interview, Andrey Esipenko called this day one of the best ones in his life. "Before the game, I wanted to play solidly, but Magnus' choice led to this sharp position. I think it was his idea to beat me with this opening line. I just played very logically and opted for the most aggressive way 8. g4 and 9. g5", said the Russian grandmaster.