He graduated from university, but chose the path of a professional chess player. In 1966 and 1967, Boris Gulko won two world student championships with the Soviet team. Most of his sporting successes came to him in the 1970s, when Boris Gulko became one of the strongest players in the country.

At the USSR championship in 1975, he was in contention for victory until the final rounds, but he eventually split 2-5 places after losing to Petrosian in the penultimate match. In 1977, the gold medal was also won in a match against Petrosian in the final round. Gulko achieved the required result and split 1st-2nd places with Josif Dorfman. The additional match finished with a draw and the title of Soviet champion was awarded to both.

It seemed that the grandmaster’s career was gathering momentum, but his independent character was ill-fitted for the Soviet “coordinate system”. Boris Gulko did not sign the collective letter condemning the “fugitive” Korchnoi and, soon after his victory at the USSR championship, he submitted documents to emigrate to Israel with his wife, Anna Akhsharumova, a national chess champion. For 9 (!) years, the couple could not obtain a permit to leave the country- they were put into the category of the “declined”. Only in 1986 could the grandmaster couple leave the Soviet Union- after several years of painful struggle for their rights. Soon, Gulko and Akhsharumova settled in the US.

It seemed that the greatest years of his career were lost, but the couple continued to perform and won unique records - as well as the champion of the USSR, each became the champion of USA. In 1994, Gulko won an invitation to the candidates’ matches, where he lost to vice-world champion Nigel Short in a bitter struggle. Boris Gulko continued to perform in various tournaments for many years: it’s sufficient to say that he represented USA at 9 Olympiads and won in tournaments in Cienfuegos, Nikšić, Clichy, Philadelphia and Biel…

Currently, the grandmaster rarely performs in tournaments: he trains and writes books, articles and essays not only on chess topics, but also on philosophical and religious themes. 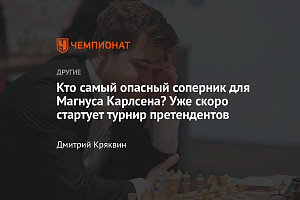