Wine Chess Battle took place on March 24-25 in Berlin within the framework of the partnership of the Art Russe wine brand and the Candidates Tournament. Art Russe organized the first competition of a kind, and it was aimed at uniting wine and chess.

The project Wine Chess Battle started with the tasting of the Art Russe wines. For the first time, the German specialists in wine had an opportunity to estimate the Art Russe collection by Chateau La Grace Dieu des Prieurs. 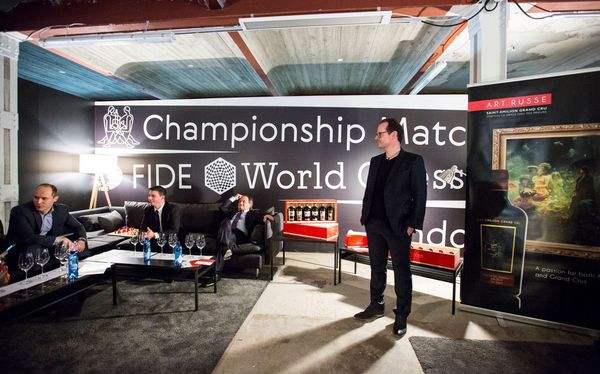 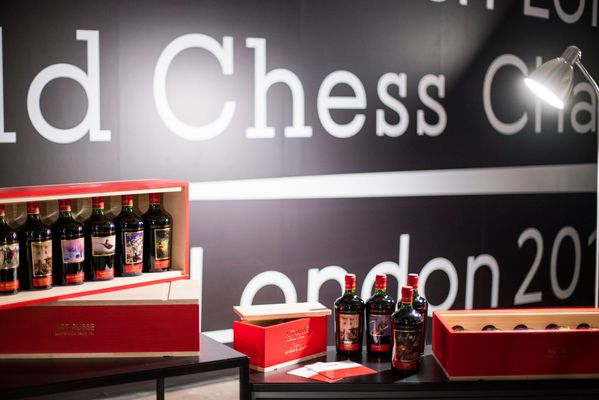 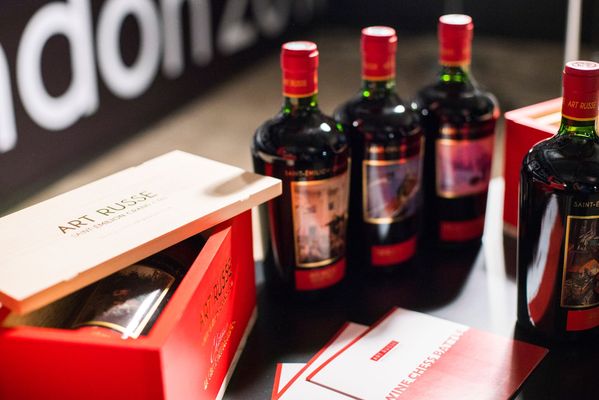 Janek Schumann, Master of Wine from Germany, presented Art Russe vintages of 2014 and 2015 to wine and chess journalists as well as to sommeliers. He made a small presentation about the estate and told of the metamorphosis of the Chateau after the Russian entrepreneur Andrey Filatov became its owner. The journalists’ attention was drawn to the unique conception of Art Russe, which unites the Russian art and the French wine-making. These are two passions of the Chateau La Grace Dieu des Prieurs’s owner Andrey Filatov, President of the Russian Chess Federation and a patron of chess.

Sommeliers noted an outstanding quality of the wine: its complexity and an ideal balance. Given that it is a great pleasure to taste the freshest vintages of Art Russe now, the wine has a great potential for the ageing. 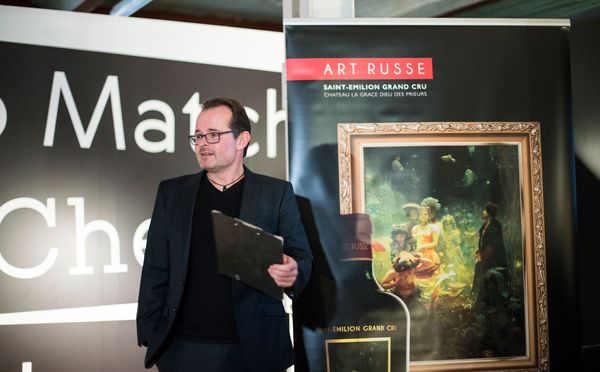 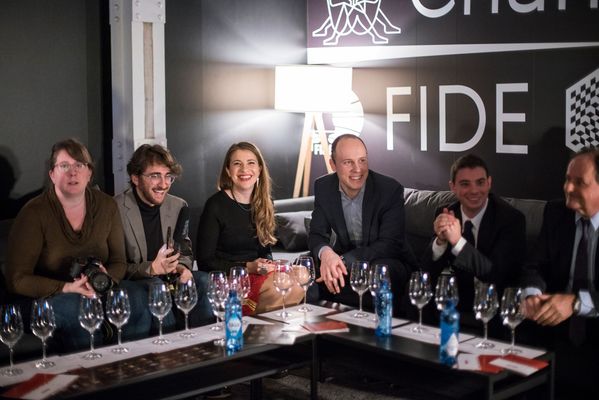 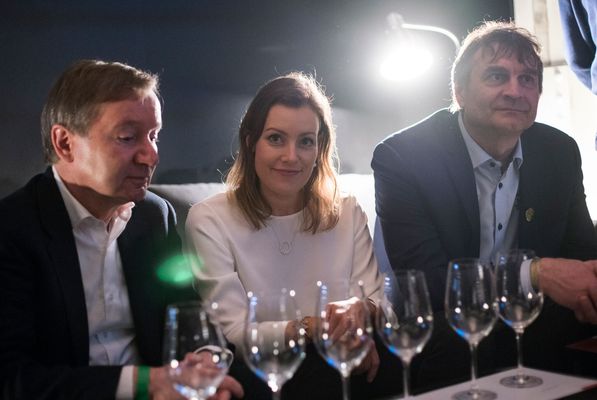 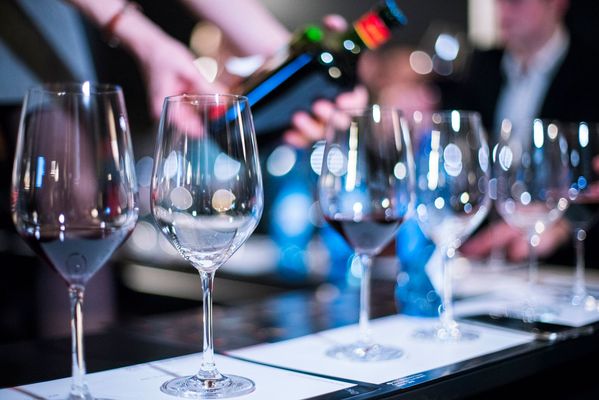 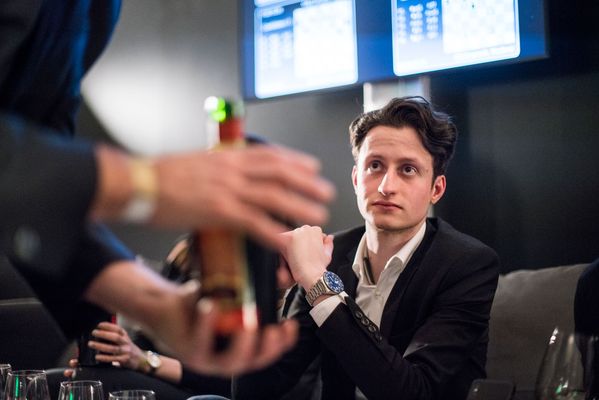 Janek Schumann, MW: «It is a great pleasure for me to present Art Russe as one of the brightest projects of Bordeaux region. The 2014 wine is spicy, with floral notes, with the tones of liquorice, cherry and a juicy plum, and with a sweetish aftertaste of oak-ageing. The wine is finely balanced and fresh. The 2015 vintage amazed me with a tempting fullness of taste and a perfect balance. One can feel juicy fruit, silky tannins, and a long sense of spices, red berries and plum. Freshness and rich odors speak about a high quality of this millesime. Art Russe precisely expresses the peculiarities of the 2015 vintage: a high concentration and a good structure provide a long potential for the ageing – at least 10-15 years». 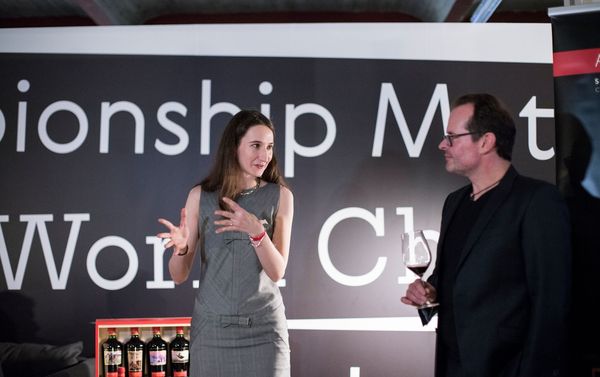 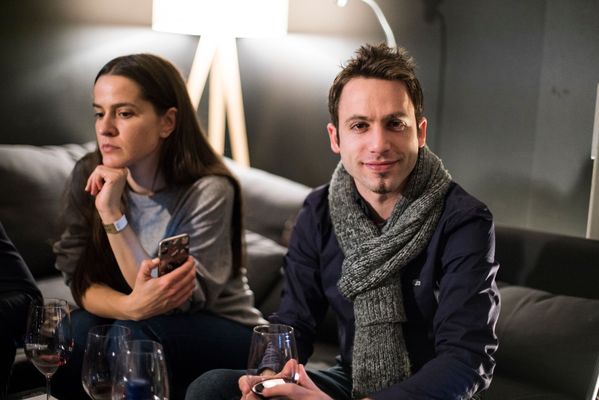 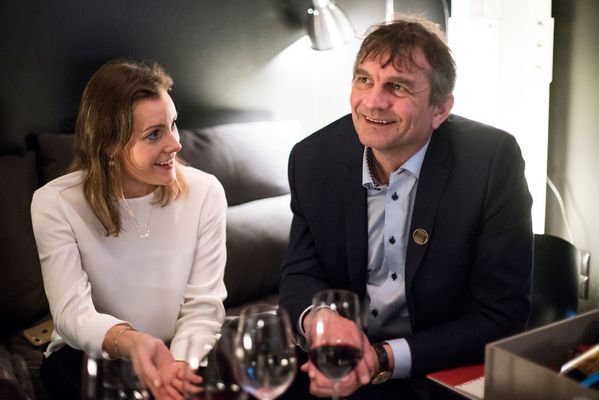 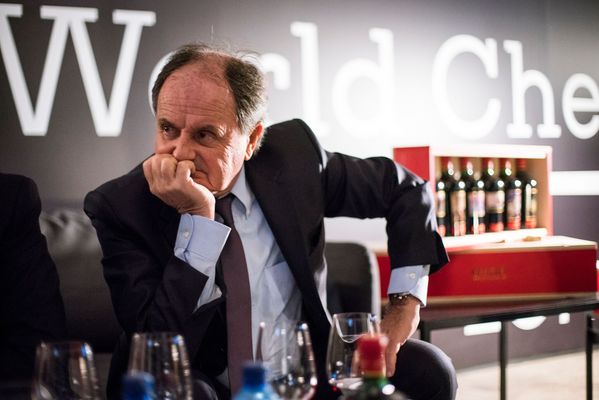 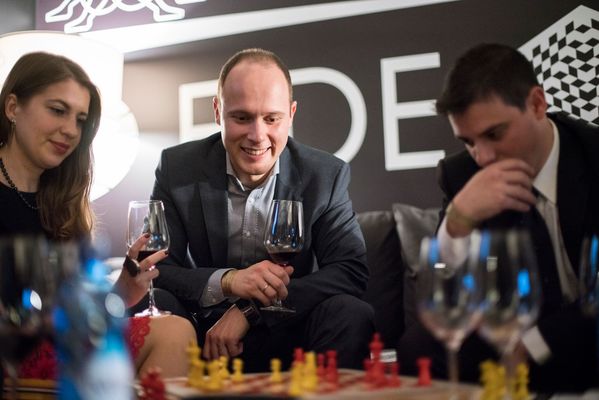 Warming up before the tournament

The next day, the venue of the Candidates Tournament saw a Wine Chess Battle, the first tournament among professionals of the wine industry who are keen on chess and play on a club level. Players from France, Italy, Switzerland, and Great Britain took part in a rapid round-robin event. 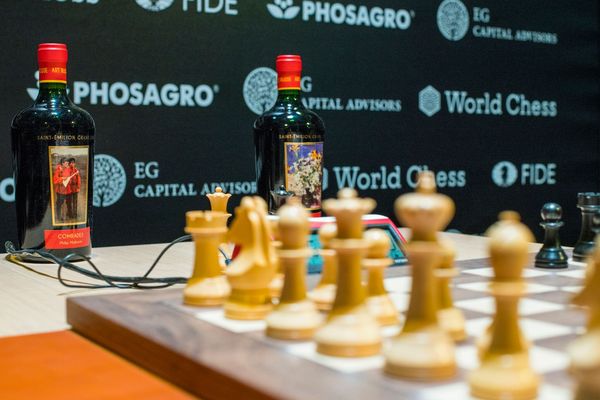 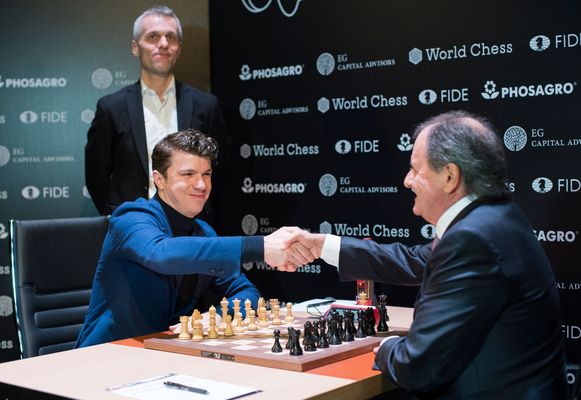 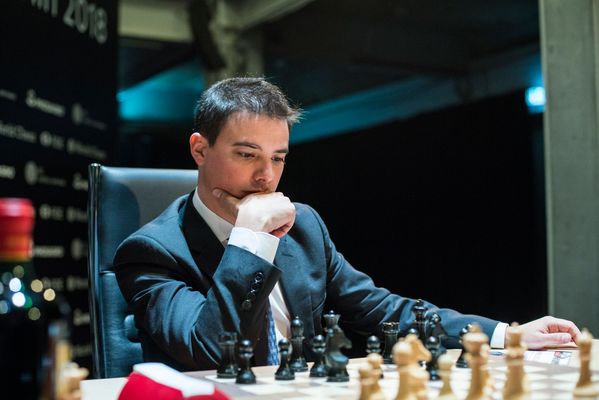 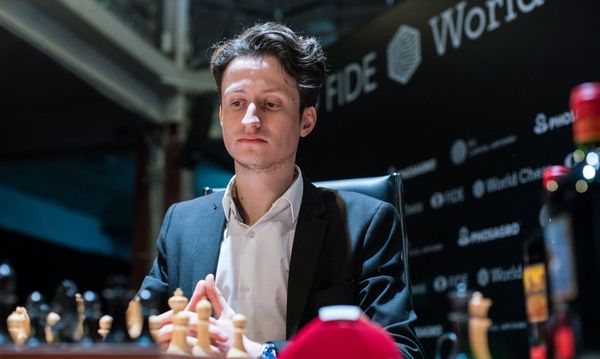 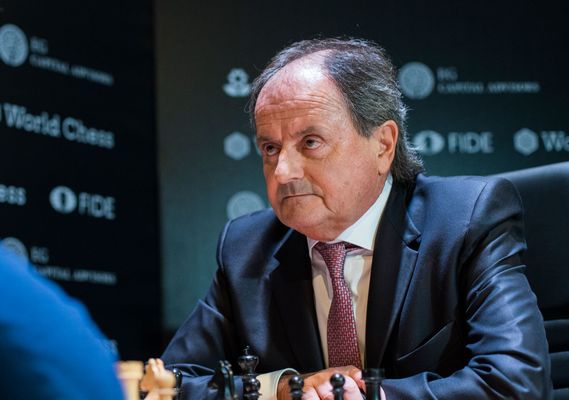 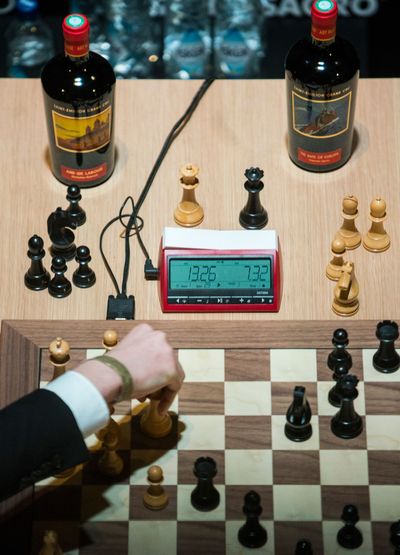 The main prize was a set of 6 bottles of the 2014 Art Russe wine in a unique package – a case which has a shape of a chess set with pieces. The tournament was won by Andrea Loi from Italy – a graduate of WorldSom International Sommelier School, who has worked as a chef-sommelier in the world-known restaurants in France, Monaco, and Italy.

Alexandre Kordeuter, who heads premium-class wine shops VINUM Vins&Spiriteux in Alsace and Brussels, took the second place. Interesting games were played by other participants: Danilo Biaggi, a co-owner of the Michelin restaurant Locanda Orico in the canton of Ticino, Switzerland, and Johannes Hartmann, Director General of the Chess Club in London (it’s a new project of the Experimental Group company, which manages bars, restaurants and hotels in Paris, London and New York). 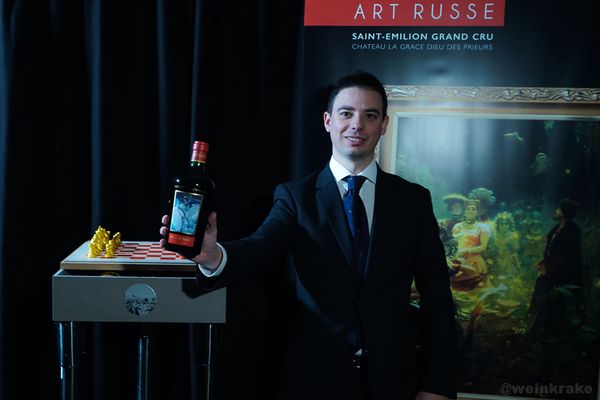 Andrea Loi: «Chess has always been an integral part of my life. Initially, I was planning to make a chess career: GM Boris Avrukh was my coach, I wanted to achieve an IM norm, but then I became interested in wine and started developing myself in this direction. But it was chess that helped me get knowledge in the wine industry – a habit to get ready for the games, an ability to remember big amounts of information, to analyze things and to act strategically. All participants of the Wine Chess Battle are grateful to Art Russe for this unique possibility for chess amateurs – to play their own competition in the venue of the Candidates Tournament». 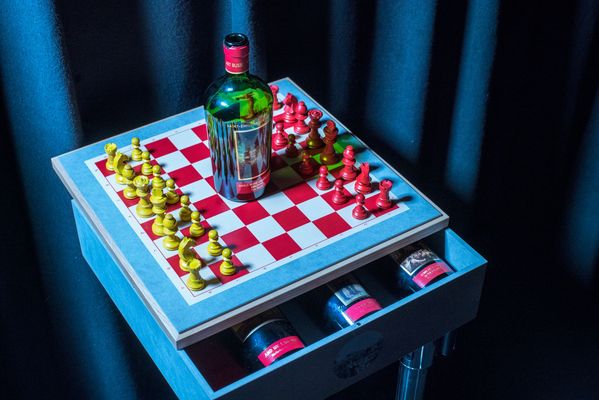