From Victory to Victory

After seven rounds, the intrigue in the women's championship is practically exhausted: the Moscow Chess Team (ShSM) has won all seven matches, having already outplayed all main rivals and created a three-point lead. However, we will refrain from final conclusions until the final review, but for now we bring to your attention two fragments from the 5th round derby. Ugra is probably the most titled women's team in Russia, and its match with the ShSM was looked forward to with particular interest. 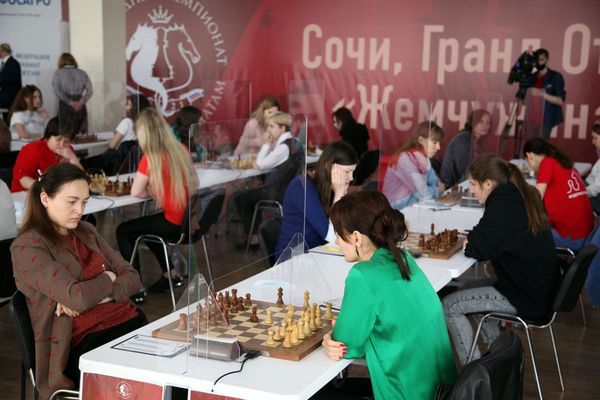 This line is considered harmless for Black, but Kateryna Lagno has something up her sleeve.

The mainline is 13.Bd3, and the text seems to have never been played at the highest level.

It looks logical and energetic so far, and it probably explains why White refrained from 13.Ne4. However, knowing the course of the game one can propose a more reserved plan: 15...Nf6 16.h3 Ne4. 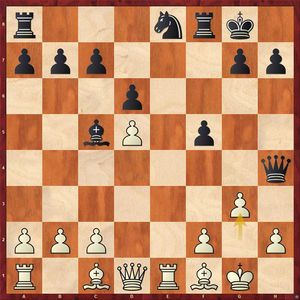 Well, Black gets two pawns, two checks and a menacing attacking position for the minor piece. 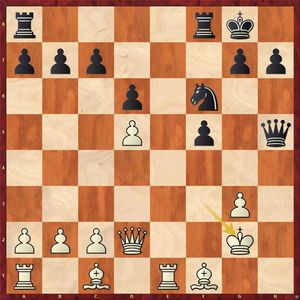 20...f4! was essential for Black, getting counterplay after 21.gxf4 Rae8. The ex-world champion Anna Ushenina ditched the pawn next move, but it was already too late.

This move points out that the black king is now weak as well. 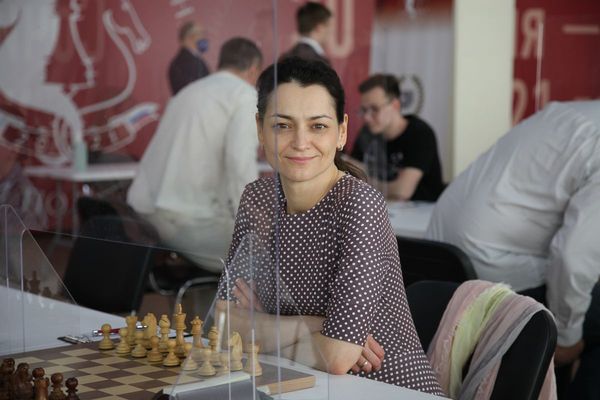 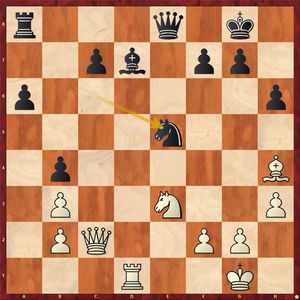 White managed to break through the center and seized the initiative in the open line of Ruy Lopez. Black lags behind in development and his position looks dangerous, but after 24...Ng6 25.Bg3 Rc8 26.Nxc7 Qe7 27.Qd3 Bc6 28.Nxa6 Qb7 she could have defended stubbornly. Olga Girya seems to have overlooked her opponent’s cute tactical resource.

A queen is a monster in an open position, while opposite-colored bishops promise a direct offensive against the king. 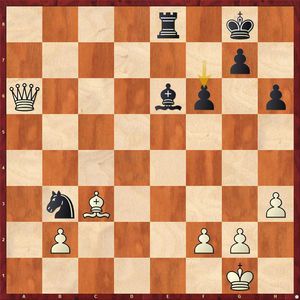 It all comes down to a blunder on a time control move.

Thanks to two white victories and two black draws ShSM scored a 3:1 victory.

The situation is similar in the men's Premier League as Mednyi Vsadnik crushes everyone and everything. That rare case when all or almost all of the team members were in good shape, and even luck sides with them. 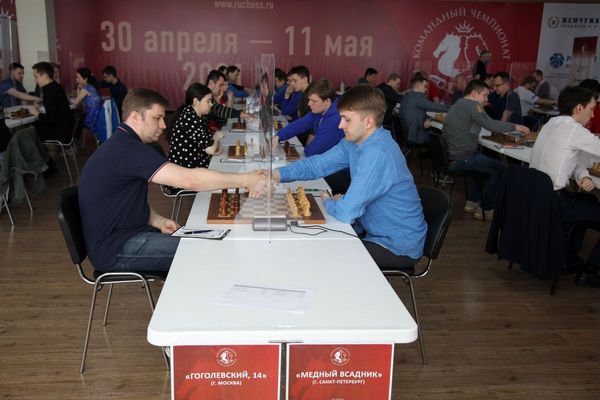 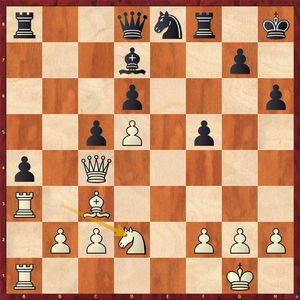 The position can be offered as a test as to what opening has been played? It seems that the bishop opening 1.e4 e5 2.Bc4 is the last thing that comes to mind!

Black has decent counterplay after 24...f4!? because all White’s pieces are stuck on the queenside. However, Alexander Motylev rushed to bring into play his worst piece.

A fork threatening both the d6 and h6 pawns.

An important nuance: Black is not in time to claim the exchange due to the checkmate. 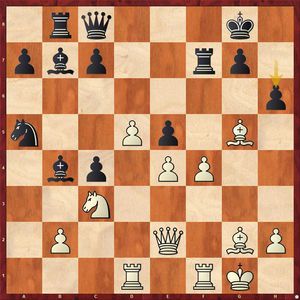 Black is up a pawn, but his pieces are bogged down on the queenside. A simple 23.Bh4 Rxf4 24.Rxf4 exf4 25.Bf2 looks very strong indeed, but Esipenko does not stop at sacrifices. 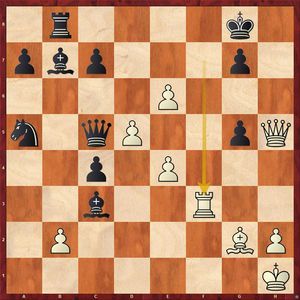 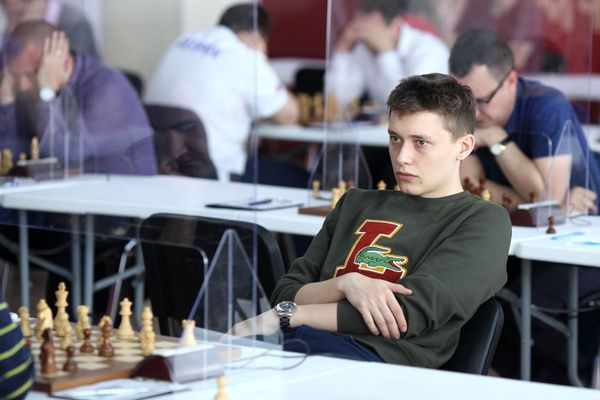 Two more striking episodes from the matchup of teams fighting for medals.

This original setup is unlikely enough for equality.

Evgeny Najer adheres to the classical laws: the opponent is behind in development - it is time to open up the game. 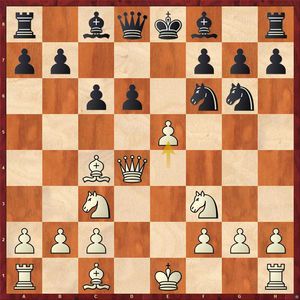 White is trying to squeeze as much as possible from the position. After 10.Qxd6 Qxd6 11.exd6 Bxd6 12.Be3 the initiative is also with White due to better development, but it may prove not enough in the end.

In the style of the old masters! I dare suggest that Evgeny hardly took the cautious retreat 12.Bb3 into considerations.

Black declines the piece sacrifice, although after 13...dxc4 14.Ne4 there would have arisen a position very rich in tactical resources. 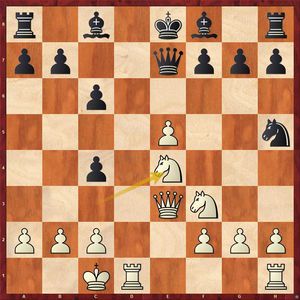 Najer carries out the offensive with inspiration!

So, the game has transposed into an endgame, and even with equal material, but this is where Black's achievements finish. He has a very poorly positioned knight on h5, and the d5-pawn is clearly a goner.

Mikhail Antipov is a very inventive chess player, and even in a very bad positions he would finds an opportunity to muddy the waters.

23.Rd3! is more precise to take the e3-square under control to stop any possible counterplay connected with Nxf4 and Be3+. 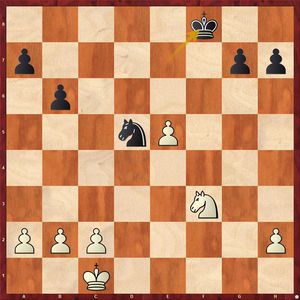 And White went on to convert her up a pawn edge in a knight ending rather confidently. 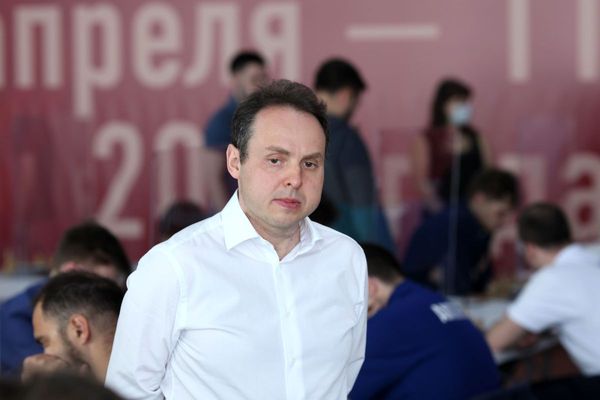 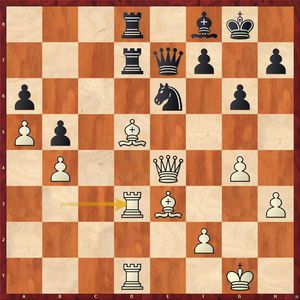 Black has displayed accuracy in defending his cramped position and now offers his opponent to start mass trades. After something like 26.Qf3 Qe7 27.Bb6 Re8 28.Bxe6 Rxd3 29.Bxf7+ the draw is not far off, but Daniil Yuffa put everything at stake and plunged headlong into complications.

A spectacular blow, which happened to result in victory. Objectively speaking, however, this is not the best approach.

We are going to see soon why the bishop is not to be touched.

What a turn of events! Ivan Popov has rejected the Greek gift twice, and on the third time he probably miscalculated something. After 32 ... h5, the game should have ended in a draw. 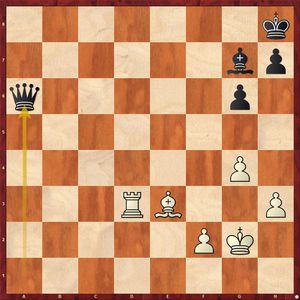 It's all about this intermediate move: the trap has slammed shut. 34…Qb7+ 35.Kg1 Since the king escapes checks easily, Black resigned. 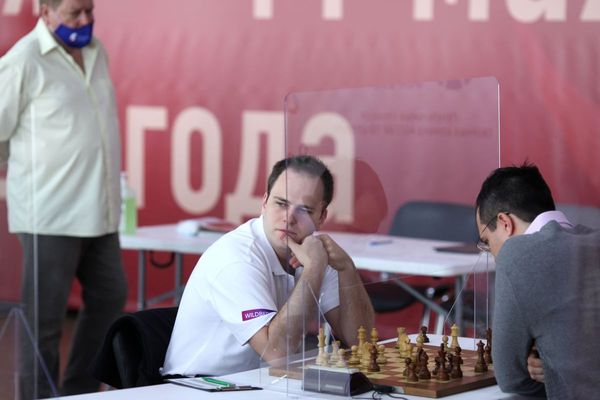