- Anna, how is the broadcast organised: how many people are working on it, and how many cameras are there?

- We have quite an ambitious and serious coverage, because this is the second most important chess tournament in the world. Of course, the World Championship Match will be filled with more novelties, but even up to this point, a lot has been done to make it more interesting than during regular chess competitions.

We have 17 cameras at work; we offer English and German broadcasts. Of course, commentators are always in shot. With the English broadcast, we have a separate studio with 3 cameras. We invite guests to the studio, be they interesting personalities from within the chess world or outside.

- Do players come too?

- Some do, yes. We can’t compel them, because they have to play a difficult game and then attend a press conference afterwards. But when they are in high spirits, they often show up to the studio voluntarily. 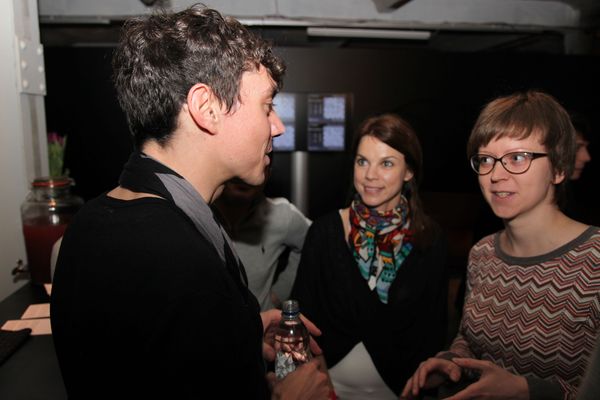 - Is a director responsible for this?

- We even have two directors. One works only with the English show, which contains a studio with commentators and a playing hall. Furthermore, we have a wonderful correspondent from Holland with multi-coloured hair, Lennart Ootes, who is known to multiple followers of chess. He is always in the hall and reports from different spots: he interviews spectators and guests of the tournament live. He tells us what happened in each round. Therefore, he adds variety to the coverage with his insightful contributions.

We also have a German broadcast - that is the responsibility of another director. It is very popular with the viewers: two commentators are in the hall: grandmaster Ilja Zaragatski and his guests - the best female player in Germany, Elisabeth Paehtz, a member of the German team, Niclas Huschenbeth, the legendary Artur Jussupow and others. Zaragatski is a renowned promoter of chess through his YouTube channel. 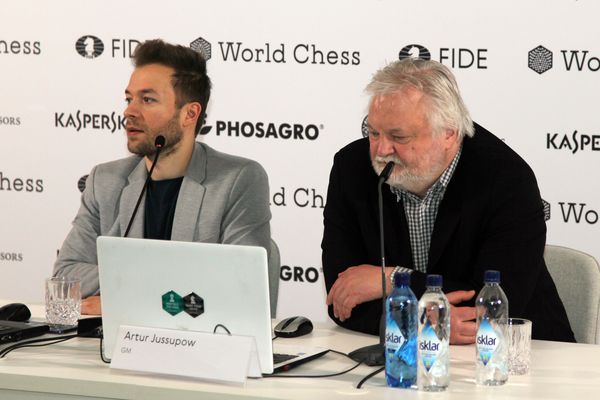 Anyone who visits the tournament can listen to the German commentators live and ask them questions. I think that this is a wonderful practice, which will enliven viewer experience. Generally, anyone can ask the English commentators questions too: we constantly monitor social media and select the most interesting tweets and questions for the commentators. Interaction with the audience is thus created, and that is also very important.

Of course, we are also looking for new ways in cinematography for chess coverage and how we show the chess players themselves: from what angles, with what images and how we convey the stress of contest. We devote special attention to a time trouble, wince each chess player is very nervous in this tournament. That is why we need directors that not only know chess, but are qualified sporting producers at the same time. They understand the drama of sport, and that is absolutely vital.

Furthermore, the building itself suggests some interesting coverage plans. There are three floors, viewers watch the game from the second and third floors; and we also have a bird’s eye view.

- Is a camera positioned above?

- Yes, it is. Sometimes we can watch the game through the eyes of a viewer that is in the hall. Hopefully, this creates an interesting experience for watching chess. And we mustn’t forget- we have fantastic commentators. Judit Polgar, the greatest female chess player, not only understands the game superbly, but promotes it and teaches it to children as well. She has published several books and understands how to relate complicated concepts to a wider audience. That is an indispensable ability for a commentator!

Judit is joined by Lawrence Trent, an experienced commentator who worked at the Anand-Carlsen match in Chennai in 2013. He adds emotions and spontaneity to the match. When we talk only about chess and immerse ourselves deeply into them, it becomes a little boring. We want to hear jokes and talk about different topics loosely connected to chess, and Lawrence provides that superbly. 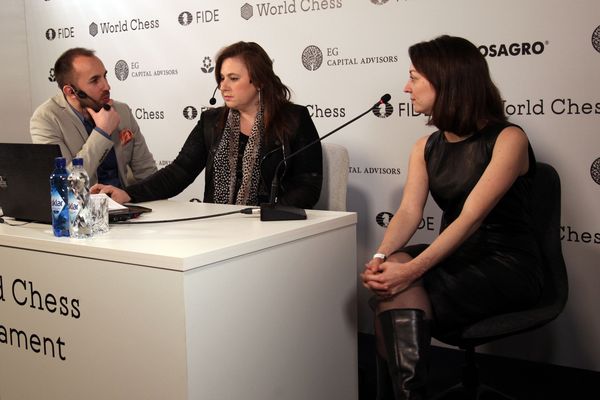 During the first two days, Yannick Pelletier took Lawrence’s place and, as an experienced grandmaster and brilliant commentator, he was a calm, measured and delightful presence. He commentated at super-tournaments in Zurich and he speaks multiple languages: he has experience and, more importantly, a love and passion for chess, as well as an ability to relate difficult ideas to a wider audience.

For another two days, Judit was replaced by Alexandra Kosteniuk, a former world champion and one of the strongest female players in the world today who is also an experienced commentator. She was a wonderful addition to our coverage team because she spoke about topics that are interesting to the greater body of viewers. She told some stories about her life and how she played in world championships. She shared her experiences with spectators with great pleasure.

- How is the broadcast organised in Russian?

- We give the stream to Telesport, which broadcasts several sporting competitions online. It has set up several studios with grandmaster commentators like Ian Nepomniachtchi, Evgenij Miroshnichenko, as well as others. They are joined by a sporting commentator from Telesport. They analyse games, discuss related topics and keep an eye on what’s going on in the playing hall through our broadcast. They also help Sergey Shipov, who comments on his YouTube channel, to cover events in the hall. Thanks to Telesport, Russians can view the coverage for free on multiple websites. As far as I know, both Sports.ru and Championat.com cover it. As far as I know, it is broadcasted even in Odnoklassniki, so there is a large number of viewers.

- Is the Russian coverage free?

- Yes, it is. For a while, the English and German broadcast was free as well and they could be watched on the official website, worldchess.com/berlin. On other sites, one can only watch the match with a five-minute delay.

- Is there an archive of coverage and press conferences?

- You can find the archive of press conferences on the Worldchess YouTube channel. Incidentally, press conferences are very popular and often have more than 100,000 views. There are also reviews of previous rounds that are prepared by Ootes. They contain video content and are fairly interesting; one can understand what happened if one missed the previous round. Grandmaster Evgenij Miroshnichenko prepares reviews of the previous day’s fragments on a daily basis. It doesn’t have to be the best game, it can be a mistake of the day or even the draw of the day as well. These fragments can also be found on the Worldchess YouTube channel. I recommend you watch them, there is so much that’s interesting there!