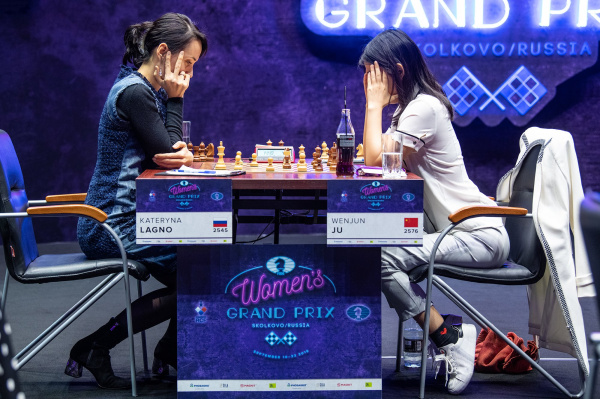 The ninth round of the FIDE Women's Grand Prix leg was played in the Skolkovo business centre on September 20.

A vast additional program is organized during the tournament. The Skolkovo Cup, a stage of the Russian Rapid Grand Prix, will be held on September 21-22.