He defeated Nodirbek Abdusattorov in playoff. 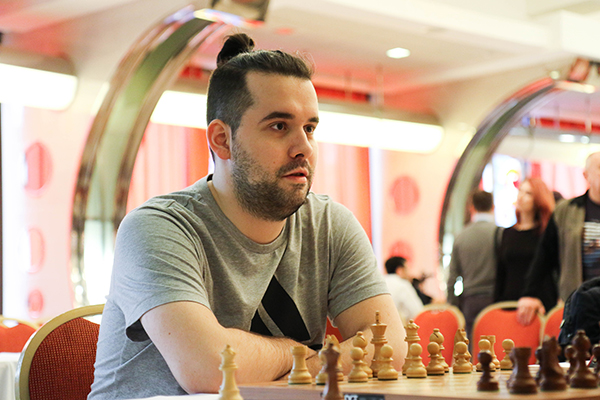 On February 28, the Blitz Cup of the Group of Companies "Region" took place in the Cosmos Hotel in Moscow. 196 players from 26 countries took part in the event. Participants of the Aeroflot Open 2020 were joined by such chess stars as Ian Nepomniachtchi, Sergey Karjakin, Daniil Dubov (Russia), Anton Korobov (Ukraine) and many others. The prize fund was 20,000 euros. The event was a double nine-round Swiss tournament.

Having scored 13.5 points out of 18, the top seed Ian Nepomniachtchi and Nodirbek Abdusattorov (Uzbekistan) shared the first place. According to the Regulations, they determined the winner in a playoff match. Ian Nepomniachtchi achieved confident victories in both games to become the winner of the blitz tournament.

Baadur Jobava (Georgia), Vladislav Artemiev (Russia), and Baskaran Adhiban (India) are half a point behind. Jobava became the bronze medalist thanks to his superior tiebreak.