The world champion is ahead in the third place match. 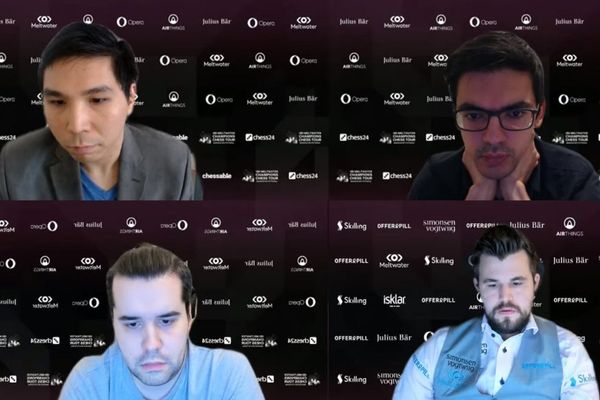 The final and the of the third place match were played at the Magnus Carlsen Invitational, the 4th event on the Meltwater Champions Chess Tour, on March 20.

The final match between Ian Nepomniatchi and Anish Giri started with four draws, while Magnus Carlsen convincingly defeated Wesley So 3-1 in the encounter for the third place.

The decisive rounds will be played on March 21. If the match score is 1:1, two 5+3 games are then played followed, if needed, by Armageddon, where White has 5 minutes to Black's 4 but a draw counts as a win for Black.