The first game will be played on 26 November. 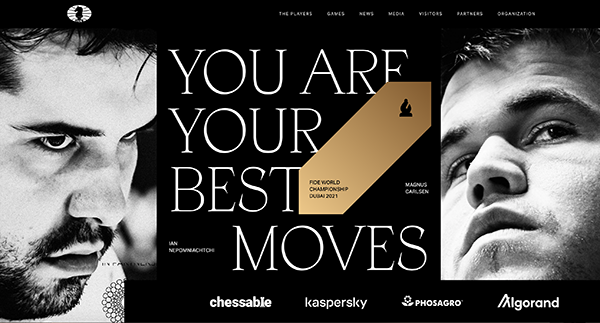 The FIDE World Championship Match between the reigning champion Magnus Carlsen (Norway) and the challenger Ian Nepomniachtchi (Russia) will be held at Expo 2020 Dubai from the 24th of November to the 16th of December, 2021.

The match consists of 14 games with a classical time control. A player, which scores 7.5 points first, will be declared the winner. A tie-break will be played if the score remains equal.

A pre-start press conference and the opening ceremony will take place on the 24th of November.

A fan zone will be opened in GUM, the legendary department store in Moscow, with the commentaries of GM Sergey Shipov.

The Norwegian Magnus Carlsen has been the world champion since 2013 when he defeated Viswanathan Anand (India). The Russian Ian Neomniachtchi got the right to challenge the champion by winning the FIDE Candidates Tournament (Yekaterinburg, 2020-2021).