The grandmasters bid farewell to Nazran as it was their last encounter at the stage of a cozy Palace of Culture, which feels like home already, to move to Magas’s "Concord Tower” for a Sunday series of rapid games. That day Nazran gave start to the North Caucasian Federal District’s Rapid Chess Cup so that it was crowdy in the Palace of Culture: local players would peep in for the Gelfand – Inarkiev matchup in between their own encounters. Despite the Friday failure, Ernesto retained an overall lead. However, he was going down in the classical section and was definitely after avenging himself. Although he was in an aggressive mindset, it was yet another occasion of running up against his opponent’s powerful opening preparation.

– The latest classical game was another Sveshnikov mainline, but slightly modified from that of game four. I think I was better prepared today: 17…Re8 18.g3 f4 – looks like a novelty. Ernesto’s reaction 19.gxf4 was underwhelming since after 19…Ng6 White is in a tight situation already. After that the game was of a semi-forced nature, and it seems to me that I managed to come up with rather subtle moves: 28…Qh5!, 29…Rg5! However, when I was winning in the queen ending up a pawn to my good, I started erring. Now I find it difficult to explain how I failed to execute 39…Qxb3+ and 40…bxa4. The game after the second time control was a fight, but I managed to get the upper hand. White should have had some tougher defensive moves at his disposal, but it looks like I never missed my win.

Borrowing the page from the hockey: the pawn is dumped into the opponent’s zone. 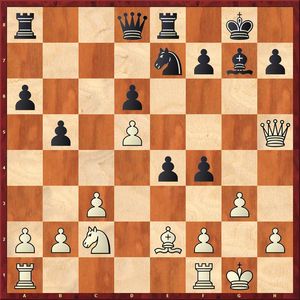 The engine promises White an edge after 19.Bg4, but Gelfand is likely to have something to say about it.

The black pieces arrive to the kingside to a strict schedule. The theater of action gives less and less room to operate: each White's move comes as a challenge now. 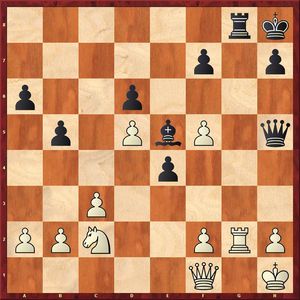 This is an attempt to deflect attention, gambling on a potential liquidation into a pawn ending. Hopeless is 39.Kh4 b4 40.Qh6 Qf7 41.Qe3 Qe7. 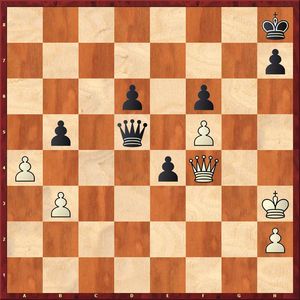 41.Qh6 is decisively met by 41…Qe4+ 42.Kg3 Qe7! – from here the queen does a double duty of defending the back rank and promoting own passer. 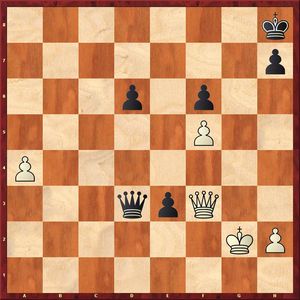 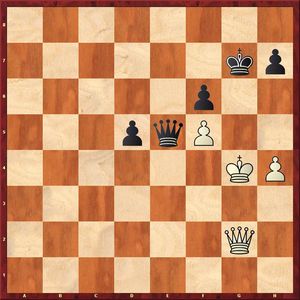 While it is not to be captured because of a stalemate, White is also out of the woods after 50…Ke8 51.Qxf6. 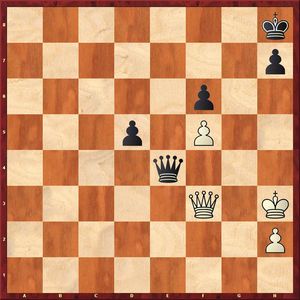 Thus, the match score has become 10.5:9.5 in Gelfand’s favor (8:4 in his favor in the classical section and 5.5:2.5 in Inarkiev’s in that of the rapid).  Let keep in mind that a classical game brings two points for a victory and one for a draw, whereas a rapid game brings one and half a point respectively.