Getting into a Rhythm

Seven players fight each other with varying success, and they all lose to Goryachkina. No wonder that under such circumstances the leader keeps running away.

Prior to the third rest day, the candidates came very close to making a drawless round again, however, the longest game of the day ended peacefully, thus breaking a pleasant tradition. However, another tradition remains – Aleksandra keeps printing her norm of 2.5/3.

In the 7th round, playing against Mariya Muzychuk, she was forced to spend several hours defending. Having lost a central pawn in the middlegame, Goryachkina missed a chance to create problems for the opponent and transposed to an ending with compensation in form of an active rook. However, a slight inaccuracy of the leader allowed Black to free her pieces and keep an extra pawn. 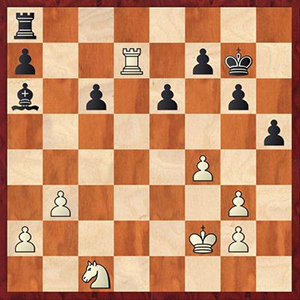 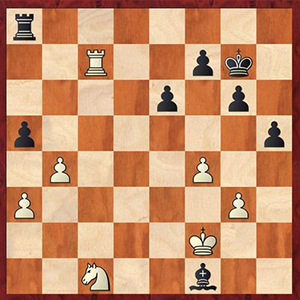 After 39.axb4 Bb5 the struggle continued with the material intact. A few moves later Mariya made a mistake by trading the minor pieces. In the resulting took ending Aleksandra advanced her passed pawn, supported in with the king and secured a draw.

In the next two games, Goryachkina defeated her compatriots. 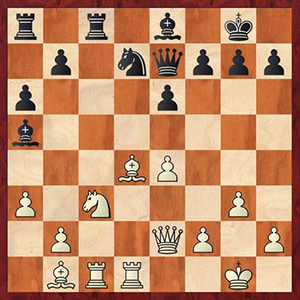 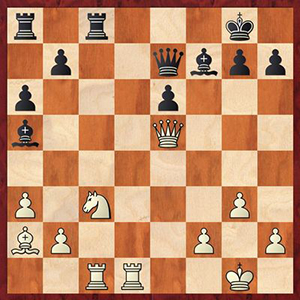 After 28...b5 29.Ne4 the knight is rampaging. The e6-pawn was soon destroyed, and Goryachkina scored a deserved victory.

And as for the diagrammed position, the most patient defenders may consider trading on c3 twice followed by Rd8. 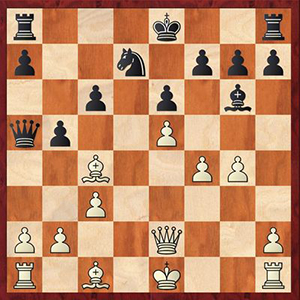 In a rare variation of the Caro-Kann, White weakened her base without creating serious problems for her opponent. Valentina, being true to her style, continued to advance on all fronts.

15.b4. Now the black queen swiftly transfers to another side of the board. 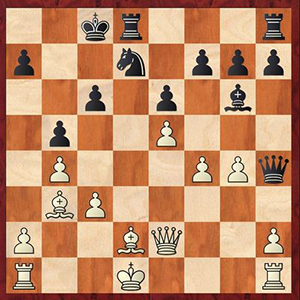 The Muzychuk sisters managed to get a plus score during this stretch, thanks to their victories prior to the rest day. 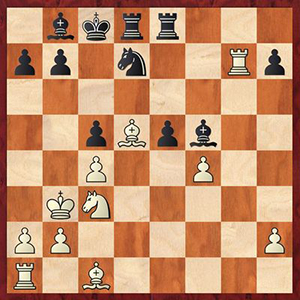 In this complicated and very non-standard position Black is better mobilized, but White has sufficient resources to hold the balance.

Nana reasoned that she should also complete the development, and her activity will compensate for a pawn.

The variations shown above were probably the reason why Dzagnidze went for 21.Rf7?, but the planned 21...Rf8 22.Bxf4 never happened, as Muzychuk replied by 21...Bg6!, trapping the rook. 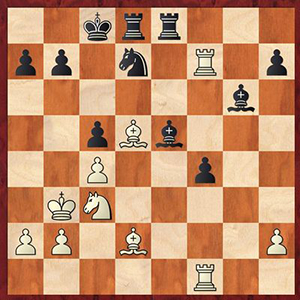 The following disastrous game played the day before is an even better indication that something went horribly wrong for the Georgian after an excellent start. 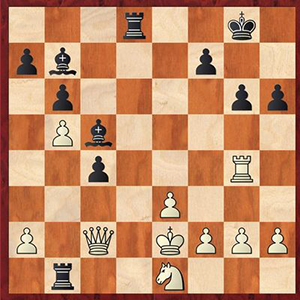 The queen sacrifice was unforced, perhaps even dubious, but it created practical chances, partly thanks to the opponent's cooperation. The outcome after 29...Rb4 30.Rxc4 Rxb5 is absolutely unclear. However, Black decided to grab the pawn at once.

The Chinese lost two other games during the stretch, and the opponent's light-squared bishop played the key role in both of them. 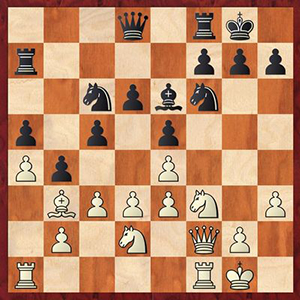 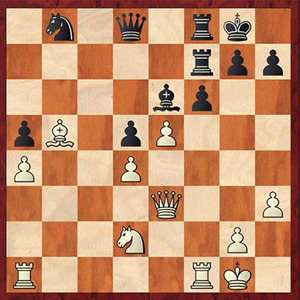 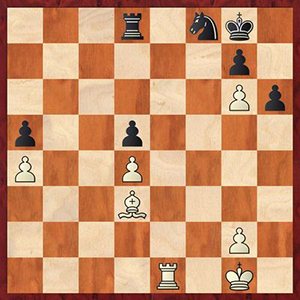 The nail on g6 is demoralizing. Black missed her only chance to keep fighting by 37...Nd7 38.Re6 Nf6 and lost quickly. 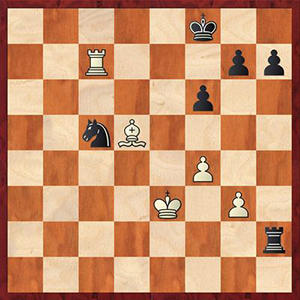 There were ups and downs in the earlier game, but all in all the initiative belonged to White. In the diagrammed position, Black, despite being a pawn up, still needs to worry about survival. 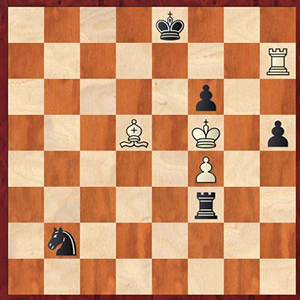 To conclude the story let us examine a draw with an unusual fighting pattern.

A. Kosteniuk – A. Muzychuk 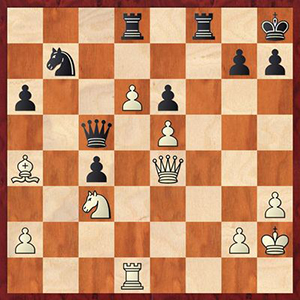 The former World Champion tried to revive an old opening discussion with an exchange sacrifice, but it did not bring her fruit.

28.Nd5?! Nxd6? The unperturbed 28...Rdf8! forces White to part with a pawn, ending up in a hopeless position. The text move implies that Black only expected 29.exd6 Rxd5. 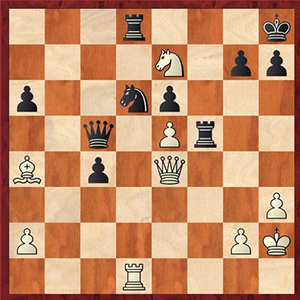 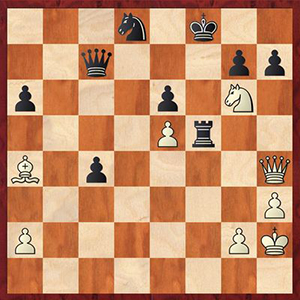 White's activity compensates for a missing pawn, and after some consideration Anna played 41...Qxe5, forcing a draw by 42.Qxd8 Qe1+ 43.Kh2 Qe5+.