Vladimir Barsky reports on the final day of the World Rapid Championship.

One cannot get close to Carlsen's table easily. Those who want to observe the champion take their positions early and never leave. If you're out, you're out, you know. And there is a lot to see, not just moves on the chess board. Prior to the start of the final round, a security guard came to the stage and began searching the champion with a metal detector. Magnus withstood the procedure stoically, with arms up. A random search could happen to anyone, even the World Champion. The organizers are taking cheating detection very seriously.

The Norwegian genius spent the entire tournament at the table #1. No, he was not leading from start to finish – it's his reputation. Norwegian TV installed a stationary camera in front of that table like a monument and broadcast all of his games. Even a poor start – 0 out of 2 – did not remove Carlsen from the stage. Perhaps visiting the champion on the main stage was a little too early for the young Russian talent Stefan Pogosyan. A two or three more years would do the trick, but now Stefan seemed uncomfortable due to all the attention he suddenly got and played weaker than he could. 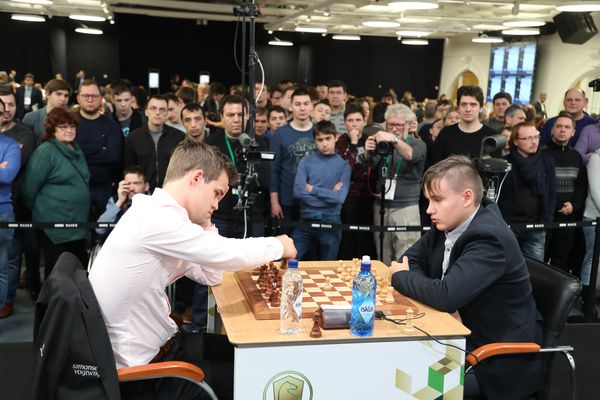 A nervous supporter behind the backs of the taller and stronger spectators kept asking: “Where is Karjakin? Have you seen Karjakin?” Two years have passed since the match in New York, but it looks like Sergey remains the most recognizable chess player in Russia. Finding him in the playing hall was a tall order, though: Sergey came to the stage only in the very last round. He went through the distance undefeated – could lose against Matlakov, but found a nice stalemate trap in the endgame – and gained strength from day to day, finishing on respectable 9th place with +5.

Early heroes Boris Gelfand, Ian Nepomniachtchi, and Dmitry Andreikin had a rough final day. On the contrary, Shakhriyar Mamedyarov and Hikaru Nakamura scored four points in the last five games and finished in the top-3. And now let me introduce and congratulate the title character: Daniil Dubov, the young Russian who won seven games without a single loss. Bravo!

The happy winner confessed that he was a member of the Team Magnus during the World Championship Match against Caruana, making it easier for us to understand why the Norweigan suddenly fell in love with the Chelyabinsk Variation. Daniil said he learned a lot from the boss and humbly admitted that Magnus is still a lot stronger, judging by countless training games. “If I suddenly become stronger than him, I will definitely let you know!” 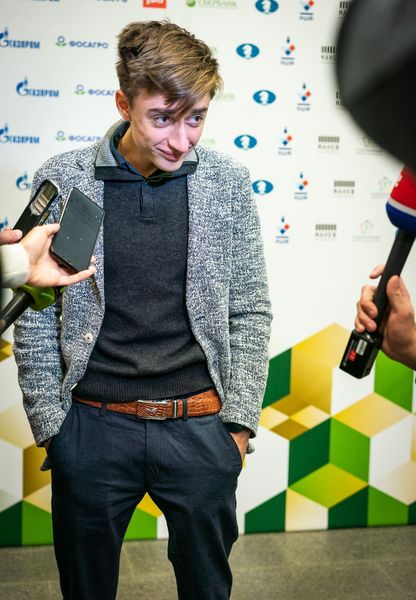 Vladislav Artemiev once again showed his class, missing the top-3 only due to an inferior tie-break. Carlsen finished fifth despite starting with two losses! If he resists the temptation of giving his opponent a scholar's mate in blitz, he will surely become one of the main title contenders.

The 14-year-old Iranian Alireza Firouzja, who finished sixth, became the biggest revelation of the tournament.

The women's even was surprisingly less dramatic. The classical World Champion Ju Wenjun basically secured her the first place with two rounds to spare. She drew two final games and still finished a full point behind second place. Sarasadat Khadealsharieh from Iran took the silver, Aleksandra Goryachkina got the bronze. 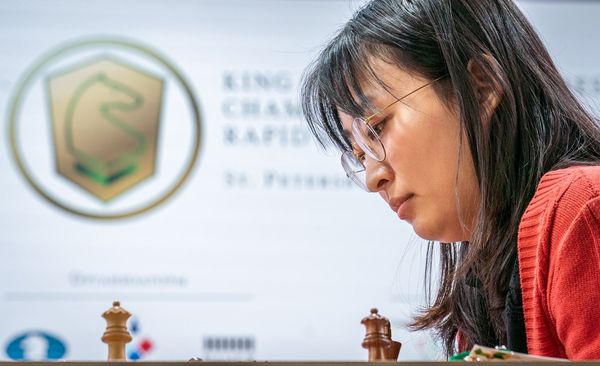 “Have you seen such crowds at chess events?”, asked me grandmaster Emil Sutovsky, who recently became the General Director of FIDE.

“Maybe at the Kremlin Stars in the mid-90s. Not sure, though”, was my response.

Actually, crowds at the Anand-Gelfand match in the Tretiakov Gallery were also huge, but the place was much smaller. And the Manege is huge – it used to be a riding hall, after all – and also consists of two storeys. The cloakroom for 1,000 items turned out to be too small, so the organizers had to bring additional coat stands with a couple hundred racks more. On the first day, the cafe in the basement of the Manege ran out of food within three hours. Nobody expected so many hungry chess fans! The food supply was duly improved from the next day on, to everyone's satisfaction.

What are all these people doing here? They don't look bored. There were several side events for seniors and children, open rapid and blitz tournaments will follow. The commentary zone of Sergey Shipov is tightly packed on every single day. The English commentators Peter Leko and Evgeny Miroshnichenko normally find about a dozen people in front of them, but many more people are listening to them online, of course.

Some visitors play chess (there are many sets available, only without clocks), others collect signatures on postcards, chess boards, and chess books, for instance, on an excellent photo album by Boris Dolmatovsky that contains portraits of numerous participants and can be purchased in a gift shop. However, let us cut the ad break.

Two more days of the World Blitz Championship are ahead, and the events will be developing at a much quicker pace. If you cannot come – get seated in front of the monitor!