Dying Hard in the Grob

Dmitry Kryakvin reacts to Hou Yifan's walkout with an essay on chess self-destruction.

One of the biggest open chess events of nowadays, the Gibraltar Masters, is perhaps well known by now for an outstanding event taking place in it recently. The World Champion Hou Yifan staged a protest for her being unhappy with the drawing of lots procedure, which would regularly pit her against female players (in round seven Yifan went down to her major national competitor, the current Grand Prix winner Ju Wenjun). Moreover, the closing round saw one of her competitors, Anna Zatonskih, paired against her husband Daniel Friedman. As a mark of protest, Hou challenged the Indian grandmaster Lalith Babu with an incredible 1.g4!? d5 2.f3? e5 3.d3 Qh4+ 4.Kd2 h5 5.h3 hхg4 and has all reasons to throw in a towel in this position. 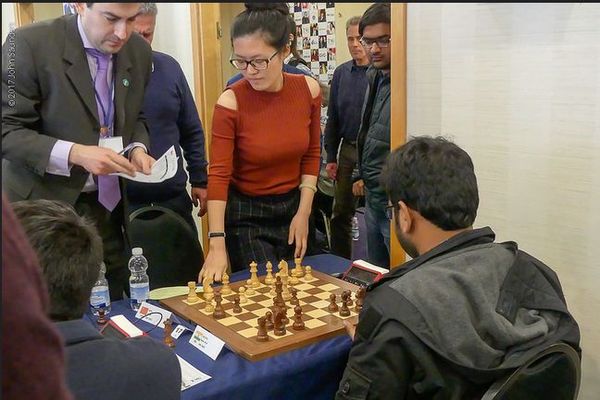 Leaving the arbiter, opponent and spectators in a state of bewilderment


There was a split of opinions between famous chess players and experts deliberating on an incident. Thus, Sergey Shipov came up with a strong proposal that stabilizing the situation required Hou's getting married. The audience immediately plunged into discussing the main Russian commentator's idea, and, as far as I know, the majority of black and white square masters ended up nominating the role to Murtas Kazhgaleyev, the most coveted groom of Asia, a brilliant wordman and Australian expanses experimental researcher.

Unable to keep a low profile in this situation was one of the Grob opening (1.g2-g4) proponents Nikolai Vlasov. This provocative opening brought the International Master many brilliant victories as he would first squeeze the black kingside with g4-g5 and then engage his optimistic opponent on the queenside for the latter to find out all of a sudden that the seemingly scattered Vlasov's forces have reached some sort of their Grob harmony. I believe that contrariwise to a chorus of identical voices shouting "Fanechka, you are not right, but we love you anyway," Vlasov's point of view, as original as ever, deserve to be heard on a public scale.

"Hou Yifan has committed a very strong gesture (an act aimed specifically at having attention drawn to the issue). Despite its seemingly shocking and ugly nature, as well as being offensive to many, the act has nonetheless fulfilled its primary purpose of drawing attention to the problem. In my opinion, neither another great champion's interview would have resulted in this amount of attention even if she would have ended up winning this tournament. This is to say that even great players sometimes (in terms of drawing other people's attention) benefit more from acting or playing poorly than vice versa. Rather than "even great", it perhaps applies to precisely "the great" players because a similar demarche by an ordinary GM would fail to reach the desired effect. For this reason, the parallels with Fischer, drawn immediately after the incident, are legitimate and adequate. While there is no male replacement for the role of Fischer at the moment, a female one has advance to the forefront at last."

Has anything like that is known to have ever happened in history? Sergey Shipov was to the point in bringing up an episode from Robert Hübner's career when he was denied making a draw after move one and, together with his opponent, he went on to put on an act involving a mutual sacrifice of queens.

It took place in the Germany - USA matchup of the 1972 World Student Team Championship, when board one Hübner was paired against the then hope of American chess, a future genius of the Western economy Kenneth Rogoff (even nowadays Rogoff was noted for drawing Carlsen in an exhibition blitz game!). All in all, Robert was far from eager to challenge a young overseas star, and that's what came of it... 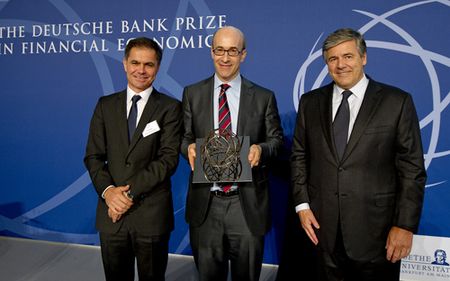 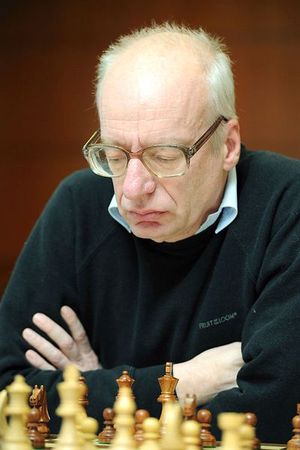 Besides playing in the final candidates match, Robert Hübner was also busy translating ancient manuscripts. You will not immediately visualize these two learned men as part of the above situation...


Since we have touched on the subject of team competitions, there is no unmentioning of the 1974 Olympiad in Nice, during the qualifying stage of which there broke out a scandal involving the Brazilian national team. Board one of the South American country was represented by Henrique Mecking, one the strongest players of the then chess world, who claimed that he would not fail to qualify from the Candidates Matches to challenge Fischer.

Mecking started well by scoring 2 our of 3, which included a draw against the former world champion Boris Spassky among other things. The following round featured the Scotland – Brazil matchup that Henrique was willing to miss for feeling unwell. However, the team captain Camara, obviously worried about the Brazilians' potentially not getting out of the group, put him on the participants list anyway. A conflict between the captain and team leader broke out shortly before the round, upon which Mecking abandoned the playhall as a sign of protest to head for the big TV screen to watch the Brazil - Yugoslavia football match while the arbiters were awarding the victory to his opponent William Pritchett. The remainder of the Olympiad days saw his feigned indifference when he chose to come watch the games of his teammates (who, it goes without saying, failed to qualify into the finals), but he would no longer sit down to play. He never played for his national team afterwards. 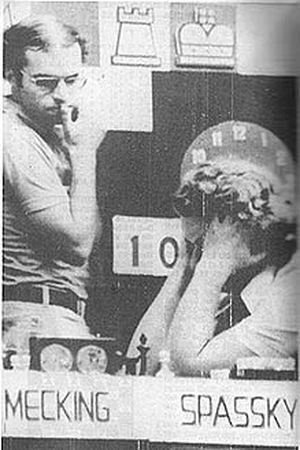 
Is it the end of the story? No way! I managed to unearth as many as three more examples of self-destructions involving chess stars opting for 1.g2-g4.

The first Belgian championship took place in 1921. One of the Benelux countries was known to be a home to quite a number of recognized players of the time, such as the future record-breaker in blindfold chess and captain of the United States national team George Koltanovsky, a prematurely deceased Edgard Colle, maestro Arthur Dunkenblum and some others. Contesting the top place were Koltanovsky and Colle. And then it turned out that a final word belonged to a player named Nicholas Boruchovsky. Although Boruchovsky's (not to be confused with Gil or Avital!) insight into the game was rather deep, him having under his belt draws and victories over many grand players, he did want that George be a state champion. And, conversely, Edgar would not become one... Having drawn Colle, he followed it by going down into the history of chess by cooperating the Colle's rival into the shortest chess game possible.

1.f3? e5 2.g4?? Qh4# While the game speaks for itself, there existed no Ethics Commission then... Poor, poor Colle! The champion's laurels went to Koltanovsky. 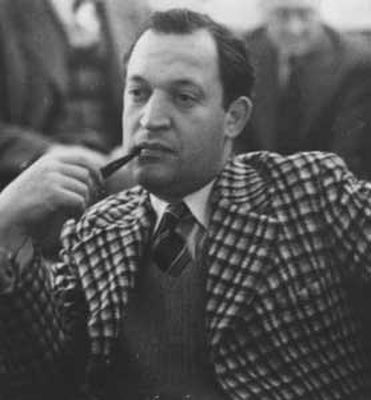 This is George Koltanovsky, while there was no finding any of Nicholas Boruchovsky's pictures

The 1981 International tournament in Manchester saw numbers one and two of the British chess, grandmasters Anthony Miles and Raymond Keene, contesting the top place. Miles was leading the field with two rounds to go, while Keene was after him and facing the master Michael John Basman. In the 1970s Basman was considered one of the best among the British field and, following a number of supertournaments in Hastings, he was regularly praised by the Soviet chess players. However, being in love with of all sorts of dubious opening setups, Michael regularly opened his games with moves like 1.h3, 1.a3, 1.f4 or 1.g4, while as Black and used to advocate the St. George Defense (1...a7-a6), using which Miles managed to snatch his only victory from Anatoly Karpov. 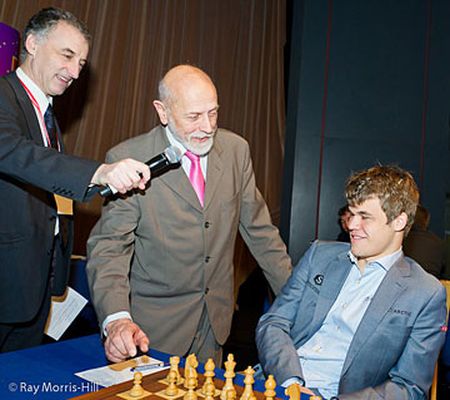 Basman: "Magnus, would you ever dare 1.h3 in a tournament game?"


Later on, Basman was employing 1…g5 or 1…h6 on a regular basis. To make long story short, this resulted in his failing to make the GM norm despite his huge potential as a player. Here is round seven of the Manchester with Basman opposing Keene. 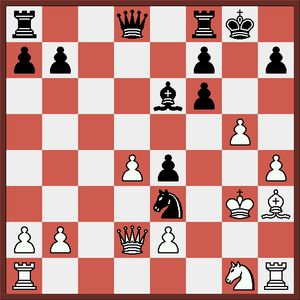 Having made a quick draw with Gurevich, Miles went to watch the progress of his opponent's game. The event's participants recall seeing a good head of Antony's hair stand on end when he grasped what was happening. Having a +3 score against Keene by that time, Miles looked forward to challenging the latter as Black.

18…Qd6+ 19.Kf2 Qf4+ 20.Nf3 exf3 and White resigned as taking the е3-knight is decisively refuted by Black's capturing the h4-pawn followed by elimination of the-h3 bishop. However, the grandmaster battle of round eight ended in a draw and the top place still remained with Antony Miles. 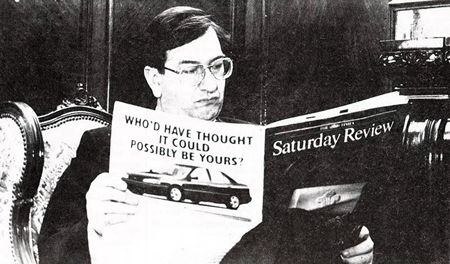 The 1967 chess Oscar winner and one of the most unorthodox world grandmasters, the Dane Bent Larsen dropped out of chess elite in the 1970's, although remaining a welcome guest at super tournaments for a long time to come yet. At the turn of the millennium the aged Bent, suffering from diabetes, moved to Argentina, which was more suitable to him in terms of climatic conditions. Aged 65, Larsen's ELO rating still hovered around 2500. However, once in the southern country, he would suddenly start playing even more enterprising chess, often taking more liberties than back in his younger years.

In 2008, Larsen had a match with a strong grandmaster Ivan Morovic, which the veteran lost with more than a decent score 1.5:2.5. However, this match was followed by a major round robin in Buenos Aires, in which a many-time participant of the Candidates matches as if deliberately scored 0 out of 9, having generated several games of the following nature...

All in all, this is not a novice approach, but here Bent started racing his rook pawns forward... 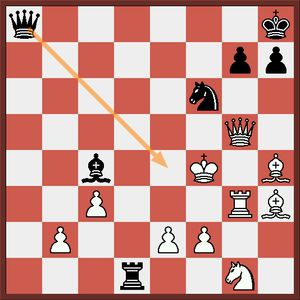 Throughout the entire game Santos regarded the chess legend sitting opposite him in a sort of amazement that was close to bordering on mystical owe, so that when it came to delivering a checkmate, he did it with a trembling hand.

When the previous experience was rehearsed against Garcia, it became clear that Larsen did it on purpose. Well, many chess celebs attempted to play their farewell events in a somewhat differently fashion, but everyone has his own way... 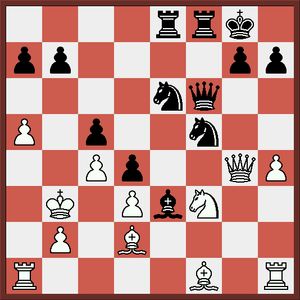 The king has completed his epic travel into the queenside. It is a pity that White still failed in the followup. 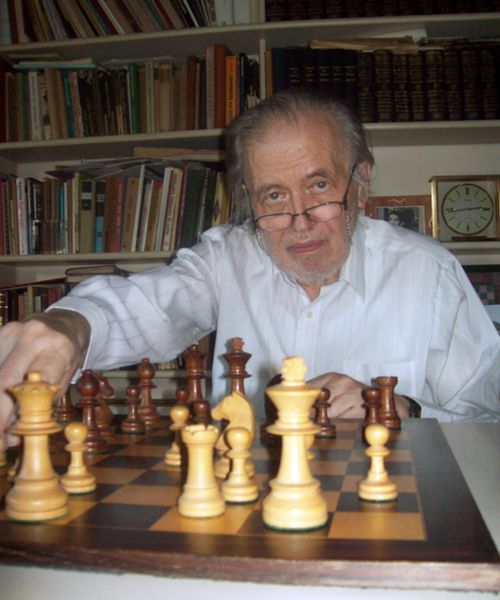 One of the latest pictures of Bent Larsen


It was a final battle of a great chess player. Bent Larsen passed away two years later. Wrapping up this review, I only wish that Hou Yifan pleased us with many creative games for years to come!