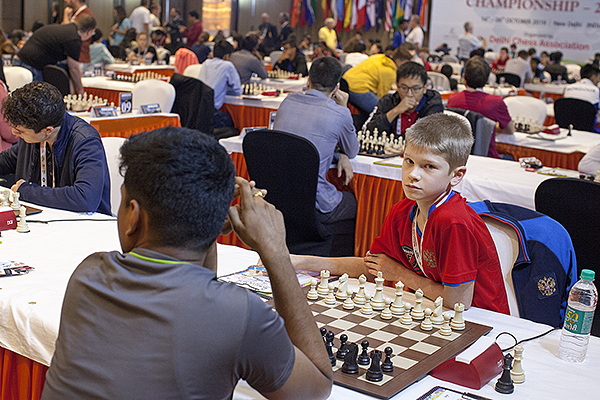 Round 6 of the World Junior Championships was played in the capital of India on October 19.

Evgeny Shtembuliak (Ukraine) and Aram Hakobyan are leading the race in the open event with 5 points scored. Seven players, including the Russians Semen Khanin and Volodar Murzin, are half a point behind.

In the girls' tournament, the leader is Mobina Alinasab (Iran) with 5.5 points. Polina Shuvalova is trailing by 1 half a point.

October 20 is the tournament's free day. 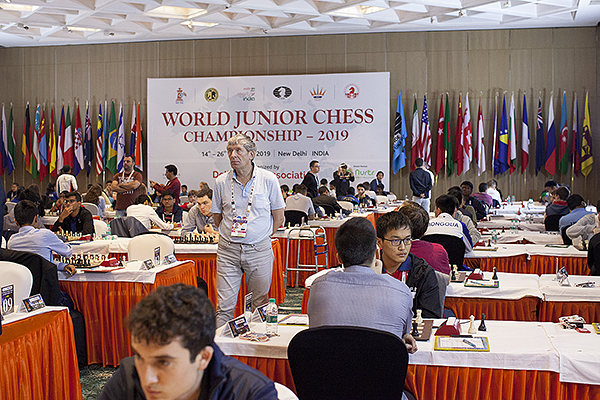 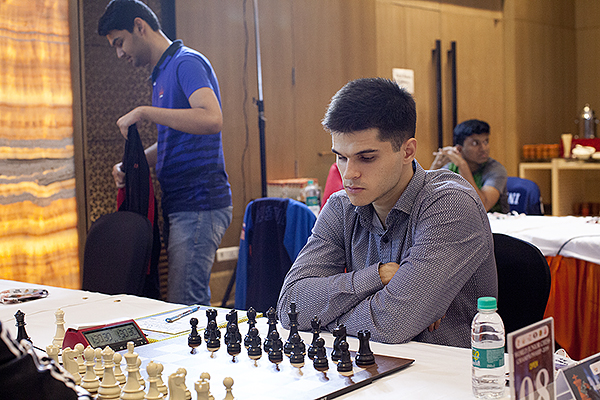 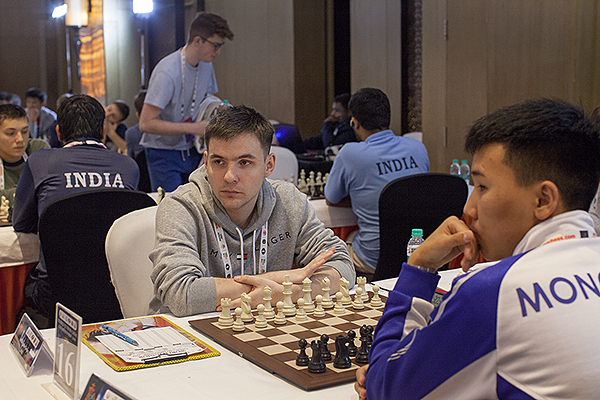 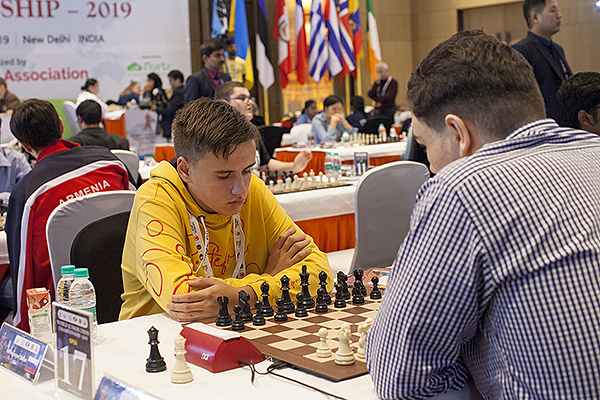 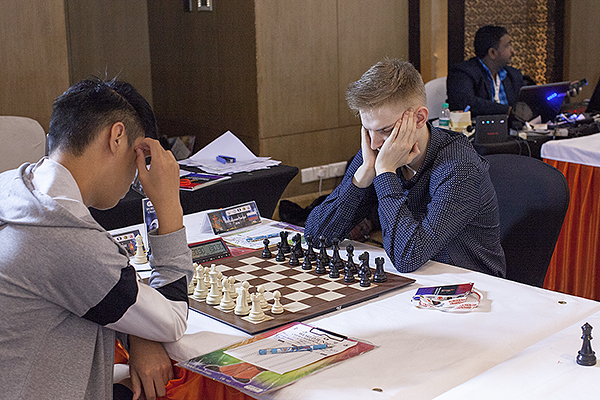 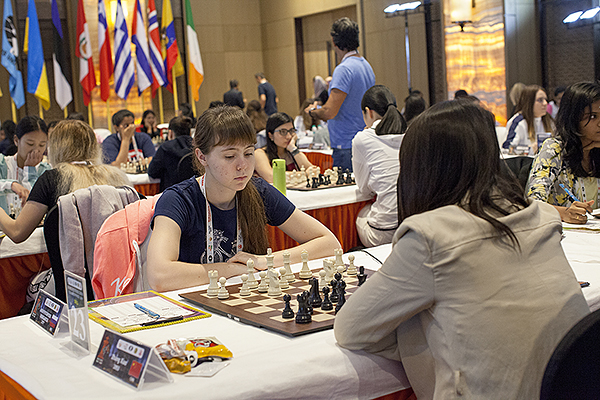 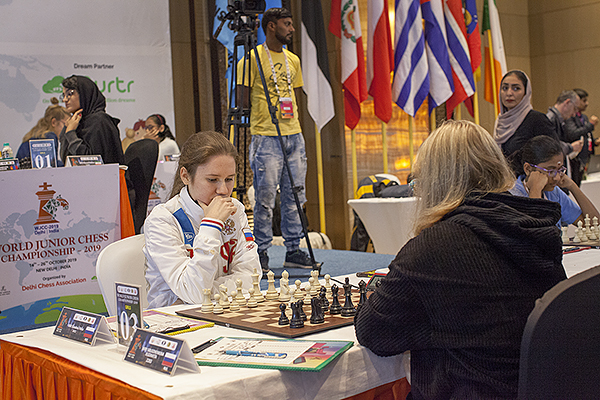 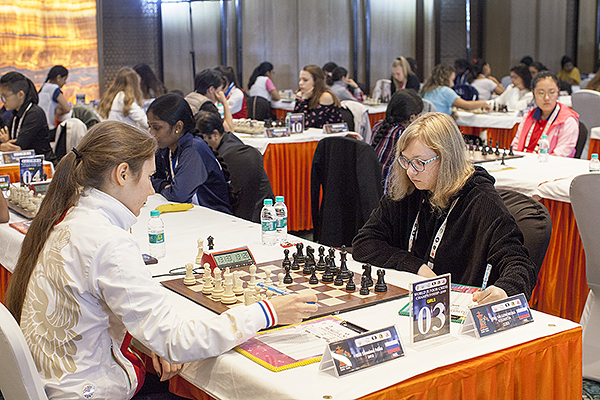 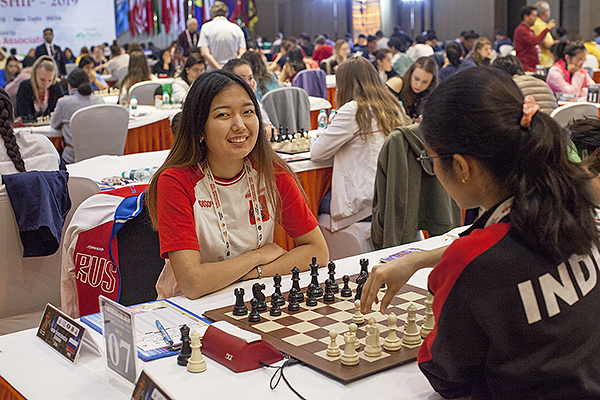 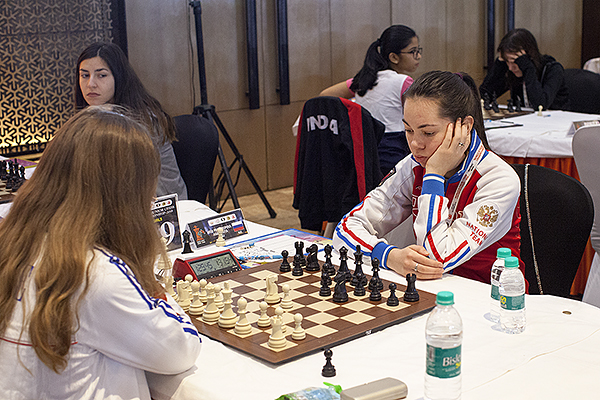 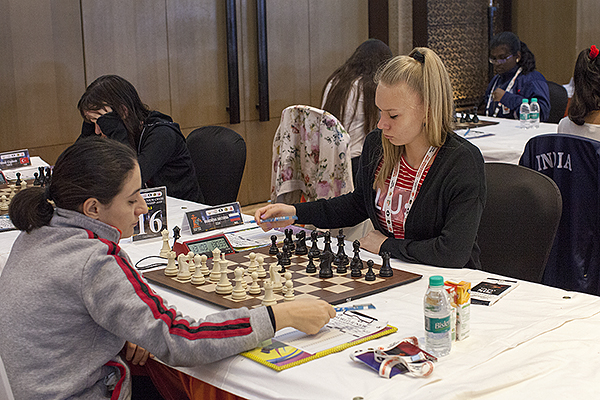