The semi-final started on Chess24.com. 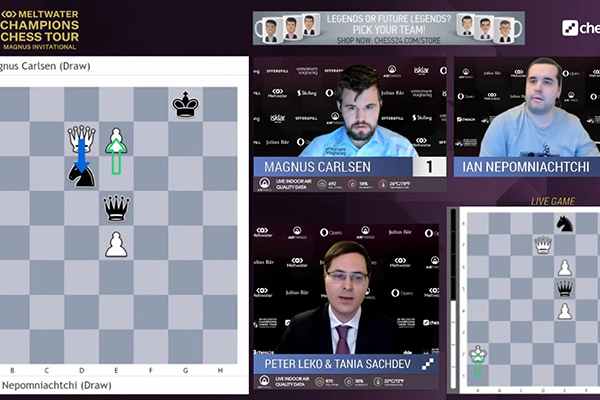 The semi-final of the Magnus Carlsen Invitational, the 4th event on the Meltwater Champions Chess Tour, began on Chess24.com on March 18.

Ian Nepomniachtchi gained the upper hand the first match against Magnus Carlsen 2.5-1.5. The Russian won the third game as Black, while other three encounters were drawn.

In the Giri vs. So match, the American won the first game, the second one finished in a draw, and then the Dutch grandmaster celebrated two victories.

The return matches will be played on March 19. If the match score is 1:1, two 5+3 games are then played followed, if needed, by Armageddon, where White has 5 minutes to Black's 4 but a draw counts as a win for Black.