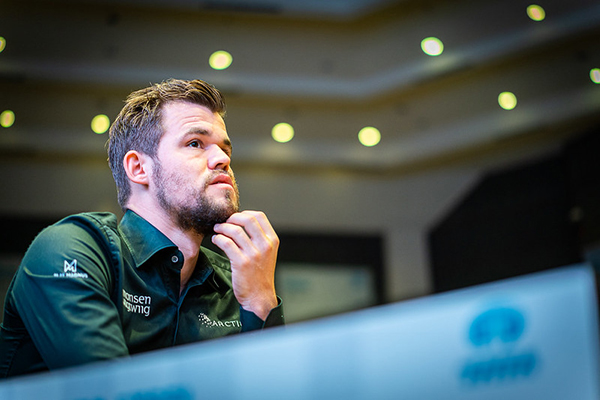 The first three rapid rounds of the 2019 Tata Steel Chess India Rapid & Blitz, the seventh stage of the Grand Chess Tour, were played in Kolkata on November 22.

Magnus Carlsen has taken the sole lead: at first, he made a draw with Wesley So Магнус but then he defeated Ian Nepomniachtchi and Levon Aronian. The world champion has scored 5 points (there are 2 points for a win and 1 point for a draw in rapid). Hikaru Nakamura is 1 point behind. Ian Nepomniachtchi has got 2 points.