The organizers are ready to restart the event on November 1. 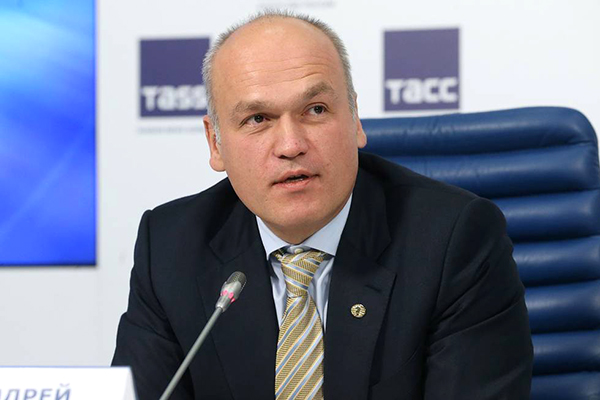 On September 8, the President of the Sverdlovsk regional Chess Federation Andrey Simanovsky told the Russian news agency TASS that the FIDE Candidates Tournament, which had been stopped due to the COVID-19 pandemic in March, is planned to be resumed from October 28 to November 11.

"I am in constant contact with FIDE President Arkady Dvorkovich. He received a paper saying that we are ready to hold the FIDE Candidates Tournament from October 28 to November 11, provided there is a stable epidemiological situation safe for the players", says Simanovsky.

According to the President of the Chess Federation of Russia Andrey Filatov, "the epidemiological situation allows the players to compete in the FIDE Candidates in Yekaterinburg safely."

"Everybody wants the Tournament to be resumed in Yekaterinburg," says Filatov. "We support the idea and think that the epidemiological situation allows to finish the event safely for the players. It should be finished in Yekaterinburg".

The International Chess Federation will take a decision to resume the FIDE Candidates Tournament in Yekaterinburg after examining the epidemiological situation.

"We confirm that we had forwarded an inquiry to the Sverdlovsk regional Chess Federation regarding a possible continuation of the Tournament from October 28. However, it is too early to allege the Tournament's resuming as a fact," reports FIDE. "As it was noted in the FIDE's inquiry, the resuming is possible providing a stable and safe for players epidemiological situation. At the moment, a preparatory work is going on, we examine an existing regulatory base to hold the event, and the epidemiological situation, and after it the final decision will be made".

Update: In its latest press release, FIDE announced the resumption of the Candidates Tournament with the 8th round scheduled for November 1, 2020. According to the contract, Yekaterinburg, the city that organized the first round at the highest level in March 2020, is still considered as the hosting city. However, considering the epidemiological situation, FIDE has designated a reserve venue: the city of Tbilisi, in Georgia, has been officially approved as an alternative, and it is ready to host the tournament in the same time frame.

“I appreciate FIDE's decision and welcome the evidence of the coronavirus pandemic becoming more manageable and containable,” Andrey Filatov commented on this decision in an interview with RIA Novosti. - Russia's situation is improving, and Yekaterinburg will host the Candidates Tournament to a high standard, as usual. We are proud that our country is a host of an international tournament of this level at this challenging time.

I think we will find a safe way to bring in five representatives of other countries. All participants will undergo the required tests, and we will keep the situation under control. Russia will host a major international competition in a proper way."