The month of May is the time for the hospitable Sochi to welcome dozens of teams participating in the Russian Team Chess Championship. To put it mildly, emotional background in the chess community leaves much to be desired, but let's stay on the positive side and go straight to reviewing the course of events.

This year's Premier League has brought together eight teams with a fairly impressive line-up that features more than twenty 2600- and 2700- rated players with Alexander Grischuk topping the list. The teams' lineups have changed markedly compared to the 2021 championship: thus, the Russian champions from St. Petersburg are missing a number of players who ended up abroad. There are missing the team from Crimea and Molodezhka. The members of the latter, however, have resurfaced to strengthen various teams. David Paravyan is flying the banners of the Southern Ural team; Alexander Riazantsev is now board two of the Moscow Chess Team, and Maksim Chigaev is one of the powerhouses of Mednyi Vsadnik. Paravyan and Chigaev met over the board as soon as round one, and, ironically, the fate of the match between the Urals and Mednyi Vsadnik was being decided in this particular game. 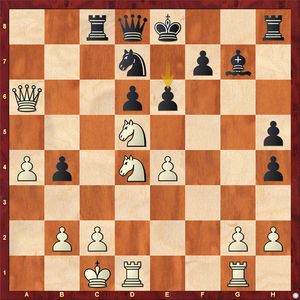 By all appearances, both sides were out of their books right at this moment or a move ago. White enjoys a very wide choice between the knight tempo move or taking a pawn, or leaving things as is and going for the sacrifice, standard in the Sicilian Defence. Having burned much clock, David still could not find his way throught the maze of this position's complications.

The engine displays no hesitations about grabbing the pawn and the subsequent vulnerability of the b2-square after 18.Nxb4 0–0 19.Nbc6 Qg5+ 20.Kb1. The knight's plunge to c6 also looks quite to the point, but only until Black proves otherwise.

That's bad luck for White that he has failed to grab the b4-pawn, while the h5-pawn fails to the queen check from g5. David decides to sidestep, but this prophylactic move is ill-timed. 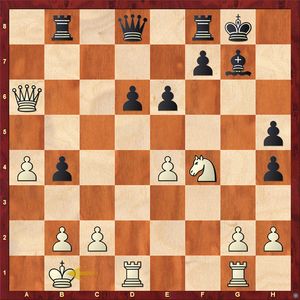 This is perhaps the toughest decision from a human point of view, even if not a forced one. The black king will weather the storm on h8, while his white counterpart has no such safe haven.

This is the point: White's queenside collapses with the trade of queens.

Paravyan would not come apart after this round one failure and instead went on to gain plus one by outplaying Rakhmanov and Timofeev. In his turn, the inspired Chigaev continued his victorious streak after one round by collecting a decisive point against Ladya of Kazan. 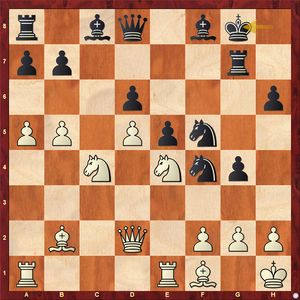 Instead of his beloved 1.e4 Maksim has recently switched more and more in favor of the closed openings. As we are going to see, this decision has paid off in full in this game. Chigaev has completely outplayed his counterpart in the "bayonet" line of the King's Indian Defense and only needs to deliver the final blow.

White could have captured the е5-pawn right away, but Chigaev opts for a more aesthetic continuation.

This sacrifice is ideally timed and hangs almost all Black's minor pieces.

Despite all Chigaev's efforts and a home run by filibuster Ponkratov in round two against Volodar Murzin, the team of St. Petersburg could not do without losses by the mid-tournament. The "KPRF" team put the current champion up against many problems — Grischuk defeated Esipenko, and only on board six did Sergei Lobanov manage to fix the match draw with a victory over Nikita Afanasiev.

All in all, the KPRF team seems to lack some minimum luck to show their real worth. A year ago, the "communists" drew the match with the future silver medalists — the team of Moscow, but suffered a number of defeats in the key matchups with a minimum score. This time the situation came about again with a draw against the team of St.Petersburg, but in the most pivotal duel against the team of Moscow the “communists” were unlucky yet another time. 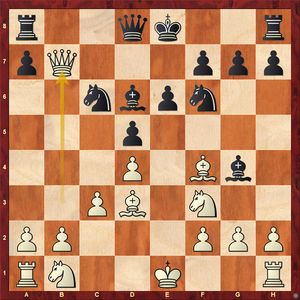 The database and the engine claim that 9…0–0! equalizes for Black. I wonder what Ernesto had prepared when going into this line? Dreev decided to take the bishop immediately, which made his life a little more complicated.

This is a creative and, no less important, a correct play: the endgame is not far away, and the white king's safety has become iffy as well. 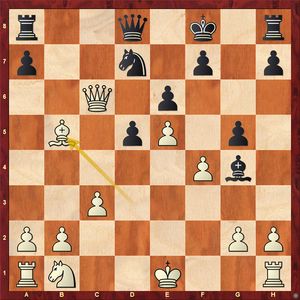 No matter the amount of efforts, Black has never managed to regain the pawn, instead opening up many lines for his opponent's rooks to infiltrate. 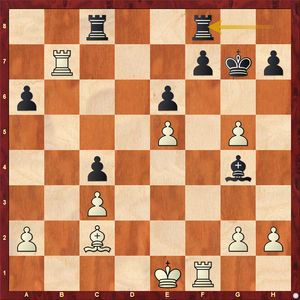 White's advantage has increased significantly, and the youngest of Mark Dvoretsky's students gave a vivid display of the king centralization — one of the basic endgame principles!

Thus, after four rounds only the Moscow Chess Team retains an unblemished score. However, they have a key matchup with Mednyi Vsadnik and the Botvinnik School, which is in third place, and the Southern Ural will definitely put up a fight. Chelyabinsk and Gogolevsky 14, which gave a fierce fight to the leaders to the last moment, and "Ladya" and "SShOR ShSh" are trailing slightly behind the top four, but with three rounds to go the lineup of the top three winners can change more than once. Already round five we will witness the St. Petersburg derby, as well as the SCM vs. the Botvinnik School battle — do not miss it!

The situation in the women's championship is quite the opposite: the first three seeds — Moscow Chess Team, Yugra and Southern Ural — have already faced each other in their sort of mini round robin, from which only Yugra managed to emerge with the unblemished score. Yugra's match with the natives of Moscow was gradually gravitating towards four uneventful draws, but at the last moment Marina Guseva did manage to grind Daria Voit down. 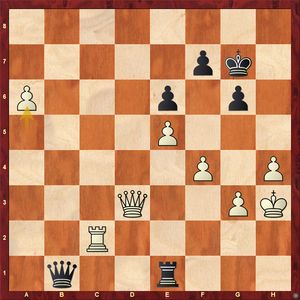 White has two extra pawns, one of which has almost queened, but the king's exposure definitely stands in the way of her trouble-free victory. It is in this direction that Voit needed to seek her drawing chances: in the case of 53...Rh1+ 54.Kg4 Black needs to secure the d1-square for future checks – 54…Rd1 55.Qc4 Re1!. The best that White can achieve in this position is the four vs. three endgame after 56.Qc6 Qd1+ 57.Kh3 Rh1+ 58.Rh2 Qf1+. That said, to transpose into a queen or a rook ending is up to Black to decide.

Having already faced its main rivals, Yugra nearly started dropping team points for no reason at all. Mariya Yakimova from Ladya defeated Leya Garifullina, and Zarina Shafigullina could build on her teammate's success, but did not deliver the finishing blow to Natalija Pogonina. As a result, Kovanova's victory over Nasyrova levelled the match score, and it seemed that Olga Girya should fix the match victory, but a pawn blunder forced the Yugra player to have to outplay Nur-Mukhametova in the “rook vs knight” ending! However, the seasoned spectators of team championships know only well that in a must-win situation you can press in any ending. This was the case here too — Alica gave her opponent a chance by committing her knight to a poor square, upon which Girya showed no mercy.

Moscow Chess Team won the 2021 championship with an absolute score of 18 out of 18 team points possible. Will Yugra manage to repeat this success with such a fair amount of wind into its sails? We will find it out very soon — the championship has already crossed the midline.

However, the Higher League has no teams with an unblemished score going into round five. This time the author of these lines is also fighting in the Higher League, and being an on-the-spot observer, I can definitely claim that the forthcoming battle promises to be quite a challenge. Let us take the Novosibirsk Oblast team, for example. The line-up is amazing with both the “seasoned wolves” and the promising youth, and with rating favorites at that, but an unexpected failure follows in round three when the Inlexis team of the Voronezh city defeats the Siberians with a minimum score to take and retain the lead going into round five. The Inlexis's solid play is amazing – not a single defeat on the first three boards, not to mention Andrey Aminov's victories in all of his games at that! That said, the second seed's life in this tournament is not an easy walk in the park at all...

Thus, the Voronezh team is up against a difficult test in round six against the Temus Team that features four excellent junior players of Moscow.