We Are Not Used to Retreating

Selecting samples for my last review was rather difficult. Players got tired, many errors were unforced and easily punished, which is hardly entertaining.

Let us start with a presentation of the two unquestionable heroes of the day. The play in these fragments is also not perfect, but with occasional brilliancy. 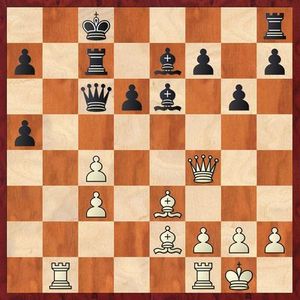 In the opening White prevented Black from castling kingside. Now the black king is in great danger on the queenside.

22...dxc5 23.Bf3?! The computer suggests 23.Bb5, after which the only reply that keeps Black in the game is a risky 23...Qb7, preventing the white queen from coming to е4. The aforementioned plan quickly decided the outcome of the game.

“One of the best advises from my first coach: if your piece is attacked, make sure you really need to protect it” – Peter Svidler.

Instead of retreating the queen, Black needed to play23...g5! 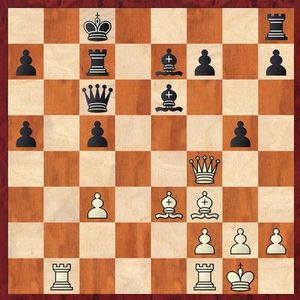 Black's position isn't hopeless after the less tricky 23...Bd5, too.

A Bunch of Forks 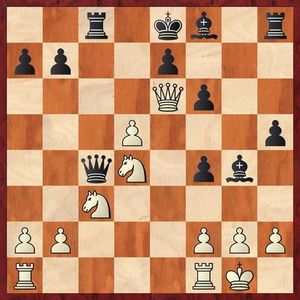 Black just played19...f4. 20.Qe4 gives a significant advantage, but Duda prefers the tempting 20.Nf5. White threatens to give a check from d6, while trading the light-squared bishop is unattractive positionally. 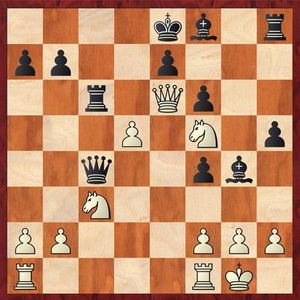 White would have to realize that his threats are parried, and it is time to retreat: 21.Qe1 Rb6 with a complicated game.

Even in blitz one can handle a position with many pieces perfectly. In order to prove the point I will show you a game of the chess academician. 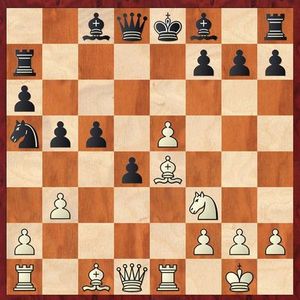 Black's development is lagging, his king got stuck in the center. Let us open some files.

16.e6! Bxe6. Recapturing with the pawn is met with the same punch.

17.Ng5 Re7. Trying to keep the h5-e8 diagonal closed, however, blocking the dark-squared bishop in turn.

18.Bd2. Aiming at the knight and planning to attack the c5-pawn. 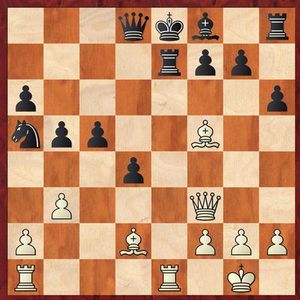 22.a3! The decisive opening of yet another file.

One should always remember about the safety of one's own king, even during a passionate attack on the enemy base.

Every Citizen Has a Right to Castle 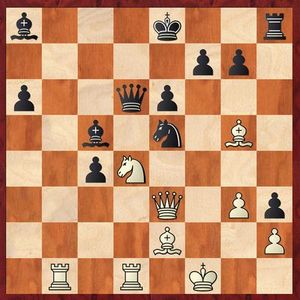 Ilya Smirin played in his trademark enterprising style, first sacrificing a piece, and then an exchange, which led to a very sharp position with four pawns for a rook. However, at the critical moment Black failed to show composure.

In the round before that the Israeli grandmaster faced the new World Rapid Champion and created a tactical masterpiece. 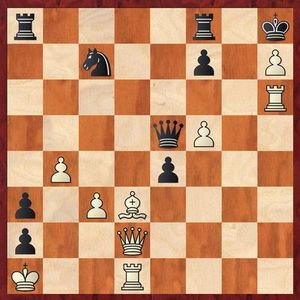 The bishop did not even think about retreating.

36.Rg1! exd3 37.f6! White prepares to open the g-file, and breaks the link between the black king and queen. Black is helpless.

The most exciting variations arise when Black tries to stop the f-pawn. 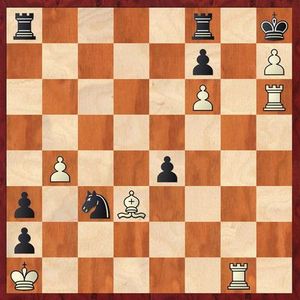 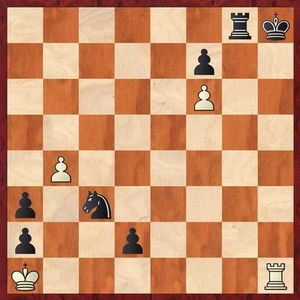 I wish everyone who has read the text as far as here to experience many similarly aesthetically pleasing moments in the coming year.