Up the Open Line

The final stretch, despite its lack of sporting importance, did not turn into a mere formality. Most games were very tense, and two of them became gems of the tournament. Let us examine other curious moments of the final rounds first, and then turn to brilliancies.

Gunina ended the competition with two defeats. The first game did not go well already in the opening, the second one gone wrong somewhere around the time control. 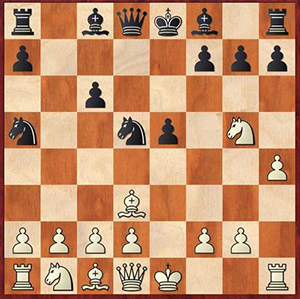 The game, having started in the principled variation of the Two Knights Defense, now turns to a sideline. Black tested9...Nf4 10.Bf1and9...Be7 10.Qf3 with mutual chances more often. Muzychuk's simple yet rare move is completely playable as well. 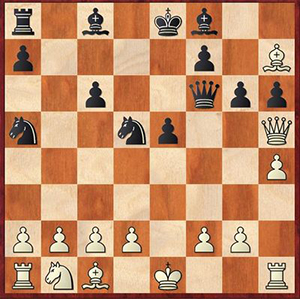 A bishop and a knight are clearly superior to a rook in this complex ending. Anna did not rush converting her advantage. The only other significant event of this game was the move that required seven zeros in the notation: 20.0-0-0 0-0-0. 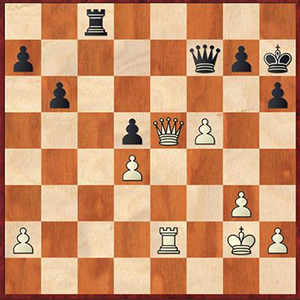 Initially the ending was balanced, but Black was too slow with her queenside counterplay and eventually mixed things up on the kingside.

38…Qh5. This is not a mistake yet, but the tendency is alarming. 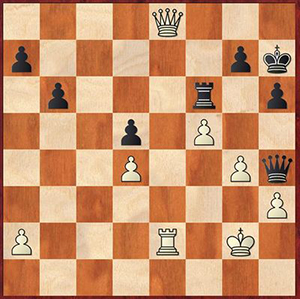 44.Qc8! The most accurate reply that creates a threat to invade the 8th rank and protects the f5-pawn.

47.hxg5. After 47.Qxf8 Qc1 all White needs is basic accuracy, but Tan figures that the resulting rook ending does not require even that.

The day before, the Chinese missed a clear scoring opportunity.

After several mediocre opening moves by Kateryna, Black got an unexpected development lead. Her initiative then transformed into an extra pawn, however, later Tan allowed her opponent to develop some activity. 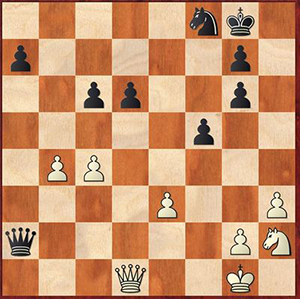 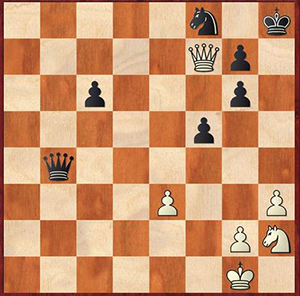 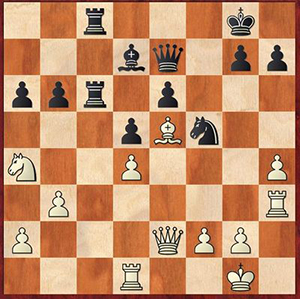 Up to this moment, this was a good positional game. Black's next move, however, creates a tactical mess.

33.Qb7 Qe2. 33...Rd8 is not worse than the move in the game, but clearly contradicts Black's previous actions. 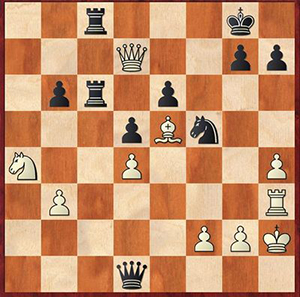 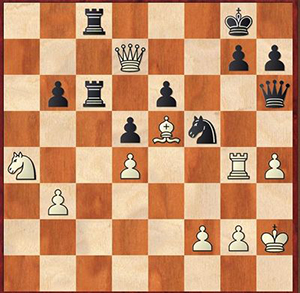 37...g6 38.Nxb6 could lead to a very exciting game. Objectively, Black's best shot is38...Qf8, parting with an exchange and hoping to survive due to temporarily awkward placement of the white rook. 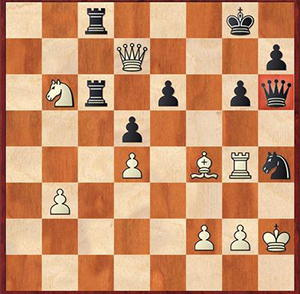 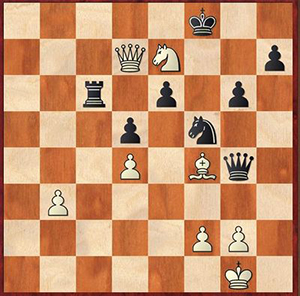 On the concluding day of the tournament, its winner suffered her first defeat. 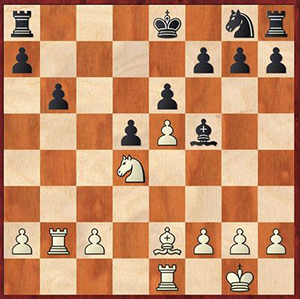 In the sharp and extensively studied variation of the Caro-Kann, the former World Champion employed a rare idea.

15...Be4? The threat of losing the bishop could be parried by 15...h5, but Aleksandra impulsively decides to save it from being exchanged as well. 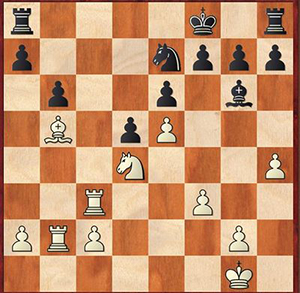 20.Rc7 a6. 20...Bf5 is more tenacious. The move in the text allows White to gain influence on the queenside. 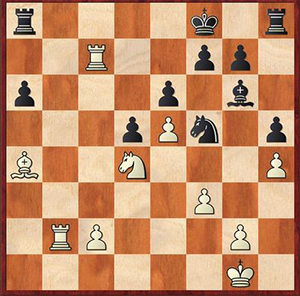 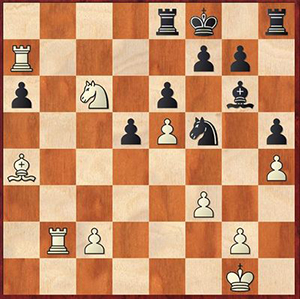