Maxim Notkin reviews Round 2 games of the FIDE World Cup.

Many favorites secured their Third Round promotion within just two playing days. Positional skill of the winners in Artemiev-Cheparinov, Vachier-Lagrave-Kovalenko, and especially in Karjakin-Sevian leaves a very strong impression. However, as long as we have the luxury of choice, we will pay our attention to less rigorous examples. 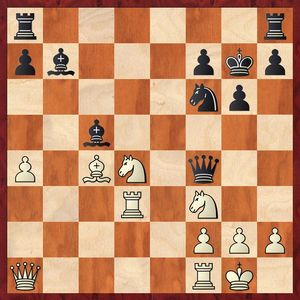 The black king, deprived of the joys of castling, has just reached a seemingly safe location, but is immediately asked out. 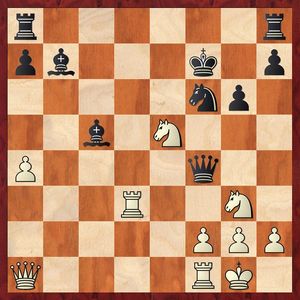 27.Qa2+! Bd5? Accepting the second sacrifice is a losing play:too many black pieces are attacked after 27...Kxe5 28.Re1+ Ne4 29.Qb2+ Ke6 30.Rf3. However, one must interpose with the knight, not the bishop. After 27...Nd5 the computer shows an unpleasant reply 28.Nf3, intendingNe2-c3,but at least there is no forced win, and White's attack slows down considerably. 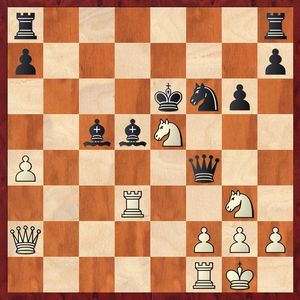 The rook gives its life and is replaced by the knight.

In the return game Rustam was attacking relentlessly, but Shakhriyar somehow avoided being checkmated and eventually held a draw in an endgame.

By no means less entertaining were the events in Dubov-Firouzja. Both games turned out extremely original from a strategic prospective and had many twists and turns. The first one ended peacefully, the second one started with a fierce middlegame battle and transposed to an ending with an extra pawn to the Iranian. 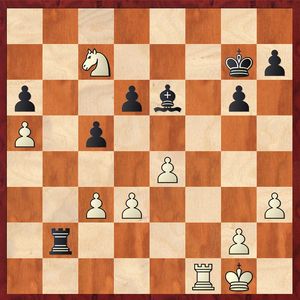 30...Bd7!? Black is not satisfied with a passive role and lays a trap for the a6-knight. 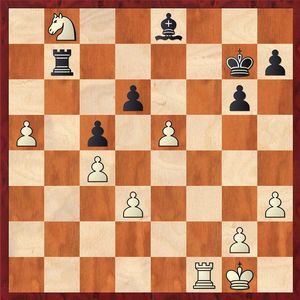 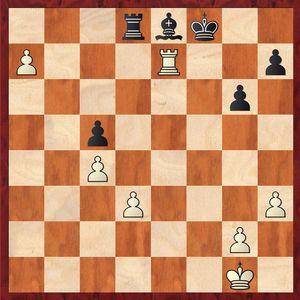 42.Rb7.One should note that42.Rxh7? Bf7 in this and similar positions is useless. The rook loses contact with the pawn, the pawn falls. However, bearing in mind the computer plan provided in the next annotation, 42.Rc7should be considered more accurate.

42...Bc6? The engines suggest the following defensive mechanism: defend against Rb8 by42...Ra8,then move the h-pawn away from attack (in order to have an option of trading the rooks), play...Bc6, react to Rc7 by ...Ba4, bring the king on the queenside, push the white rook away on the kingside, and finally interpose by the bishop on d7. All of it has to be done quickly, while the white king stays on its half of the board.

The text-move allows Black to capture another d-pawn, but it does not give him happiness. 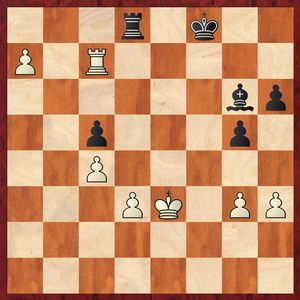 In the next two episodes, the experienced players gave their young opponents tactical lessons. 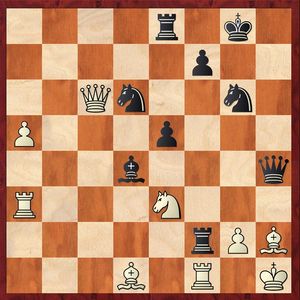 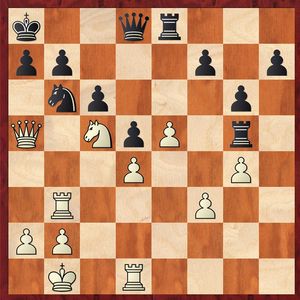 A couple of moves back Black voluntarily boxed in his rook on g5. Harikrishna finds an elegant idea that begins with a decoy sacrifice.

36...Kb8 37.Nxe6 Nxa3+ 38.bxa3. For a moment White is an exchange down, but Black's forked rooks are quickly losing value. White converted the material without much trouble.

However, the diagrammed position has a more brutal solution, suggested by the computer.

The five knights diagram has traveled across the globe by now, but I will show it anyway and with a bonus line, which could occur if Black had taken the promotion square under control. 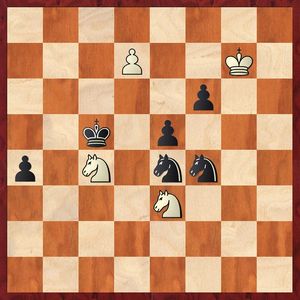 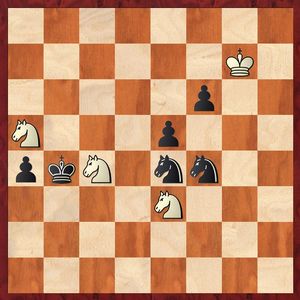 A unique situation – three white knights are firmly holding each other! Black cannot win. On62...a3 White can draw easily by sacrificing a knight for the pawn, as other pawns are also easy to kill, but 63.Nc2+ and64.N2xa3 is truer to the spirit of the game, just rearranging the cavalry.

Hikaru Nakamura's loss was the biggest sensation of the Second Round. 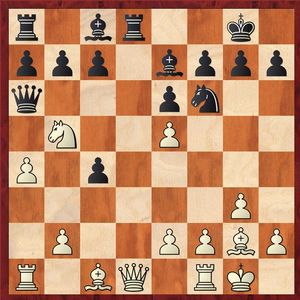 12.exf6!? This queen sacrifice is one of the main lines suggested by the engines and could not possibly be missed during the preparation. Alas for Hikaru, his memory malfunctioned.

15.Nxd6. Black's error is even more absurd as after 15.Bxe5 he faces the very same problems, just being a pawn short. However, Liviu-Dieter's move is also a decent choice. 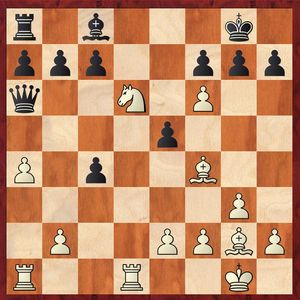 Jeffrey Xiong tried too hard to complicate things in the first game, went little bit too far, but survived with a clever trick. 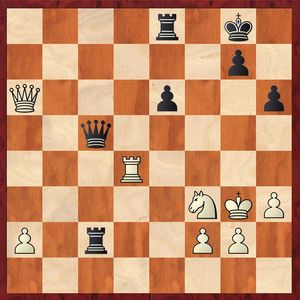 After 32...Qc7+ White would have to trade queens, as abandoning the f2-pawn by moving the king forward is just nuts. However, Tabatabaei tries to avoid the technical stage completely.

35.Kh2! A refreshingly cold shower! White boldly threatens mate. In addition, another small detail in the position is very unfavorable to Black.

We will conclude the review with the most horrific blunder of the round. 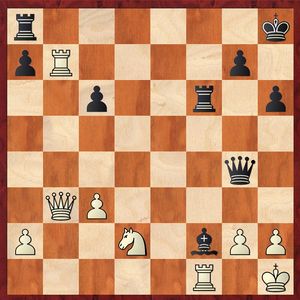 Having won the first game with excellent play, the Indian teenager has been on the right track in the second one. Either 32...Raf8 or 32...Qe2 would make him one step closer to the next round.

All of a sudden, he went 32...Rg6?? After 33.Rxf2 Black made a few more pointless moves and resigned. On the next day, Nihal lost on tie-break and was eliminated from his first World Cup.