A home stretch of the tournament must have turned into a real disappointment for the world champion. Not only did Kateryna Lagno convincingly avenged the Chinese for the previous edition's knockout final, the world chess queen was also unable to defeat her two direct competitors. 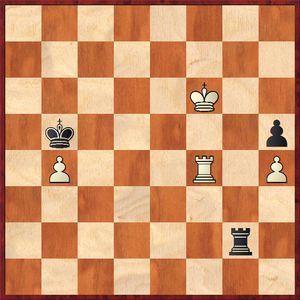 Mark Dvoretzky is no longer with us to let us in the know of errors committed by the leading grandmasters in the rook endings ... I won’t take such responsibility myself but will give you the opinion of two famous grandmasters. 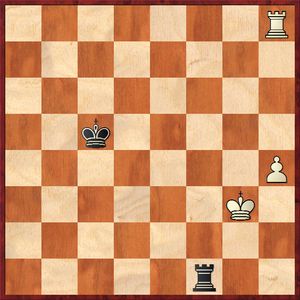 “In this game, Aleksandra Goryachkina showed her resilience to losing, a valuable asset for the world championship match.”

You can put it like this, of course, since papers can't blush, as they say. In my opinion, though, it would be more appropriate to describe the event as follows: “In this game, Ju Wenjun showed an amazing for the world champion “ability” not to win a basic endgame won by primitive means.”

However, if we recall Gelfand’s blunder in a similar endgame in the most important game of his world championship match against Anand (even though the game was played in a rapid tie-break), as well as an outstanding endgame “masterpiece” Capablanca - Menchik (Hastings 1929), where the male and female champions demonstrated not only complete ignorance of one of the most important endgames (given in many endgame textbooks of the time), but also the inability to calculate 3-move lines with 5 pieces on the board (2 of them being kings), then the “incident” from today's game between the ladies will no longer seem that big of a surprise.

There comes to memory the immortal: “to err is human” and “Thou shalt not make unto thee a graven image” (O. Korneev)

It is indeed amazing how White managed to refrain from 57.h6 Kb6 58.Kf4? Of course, I would not rush to criticize the opponents and come out with any statements that would sound like anti-advertisement of the upcoming match. All in all, there is no lack of examples that show the high-rated men players blunder in similar positions.

What a disappointment for the Chinese player! In the next game, Ju got a comfortable edge as Black against the tournament leader. For her the victory over Koneru meant a clear first place, but it turned out otherwise... 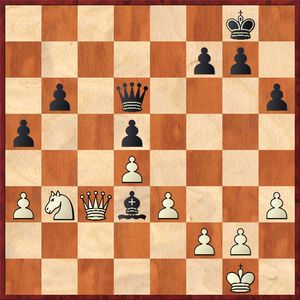 26...Bb5! would have given Black decent chances to succeed as after 27.Qc8+ Kh7 28.Qc2+ Qg6 – Black has a potential passer and the endgame is in her favor, while White has no outpost for her knight.

The leader’s pursuer hurried to “take the bull by the horns,” missing a nice geometry.

Humpy Koneru has enjoyed brilliant comeback to chess following a break connected with family affairs! Taking into account Hou Yifan’s exclusive appearance in men's competitions (and even that on an infrequent basis), Koneru's chances of storming the female throne look quite substantial. On the other hand, the Grand Prix series is only in its very beginning.

Aleksandra Goryachkina pleased her fans with the last round victory. 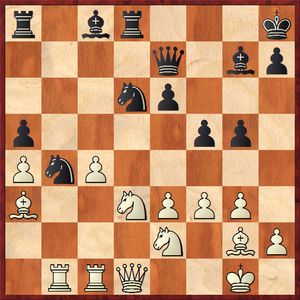 Following 28...Ba6, intending 29.Nxb4 Nxc4, Black could have recaptured the pawn to her advantage, but the Swedish player, exhausted physically and mentally, hurried with premature actions.

Here stronger was 32...Qd6!, not allowing the poorly coordinated white pieces to take the b4-pawn immediately.  Now Goryachkina has time to consolidate her position.

With many pawns on the board and a compromised pawn structure of Black's, White went on to convincingly prove the superiority of two minors over the rook.

In fairness, Cramling was facing the challenger after suffering a terrible blow from the ex-world champion. 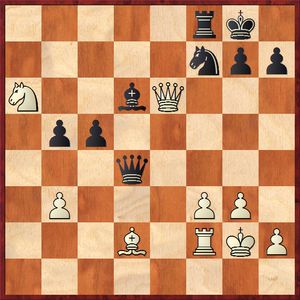 Kosteniuk attacked the strayed white knight with 34...Qa1, which Cramling answered by an immediate resignation! Suggesting itself is 35.Bf4?!, but after 35…Qxa6 36.Rd2 Bxf4 37.Qxa6 Bxd2 38.Qxb5 Bb4 the rook and two minors are likely to prevail over the queen. However, 35.b4! is absolutely risk-free for White!

While feeling sorry for the Swedish player, it has given us yet another excellent tactical exercise. There are upsides and downsides in everything.

Round ten was positive for the Russian players, but the final round met them with failure. 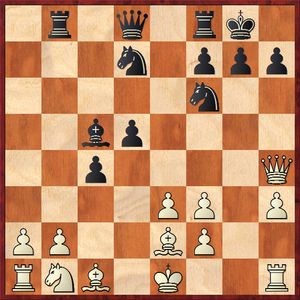 Black has good compensation for the sacrificed pawn.

The white king's central position is likely to be exposed sooner or later. With this in mind, there is no delaying the castling.

This move is not good; however, even after 16.Nc3 or 16.Kf1 it is not something to enjoy either.

The unpinning with 17.Kf1 fails to 17…c3. While Black starts an offensive, the on-looking white queen and rook have no say in this sad action.

23...Bb6 is a tougher continuation, and Black should have no problems winning with such a potent passer as the c-pawn. Meanwhile, the d4-knight gives the white pieces some freedom of action, and Black needs time to take care of her king's safety.

White should have played 25.Kg2 instead; now the white king is in for execution. 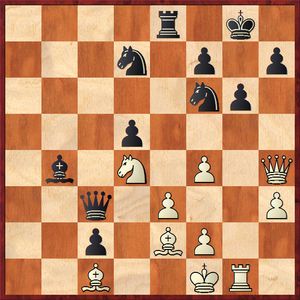 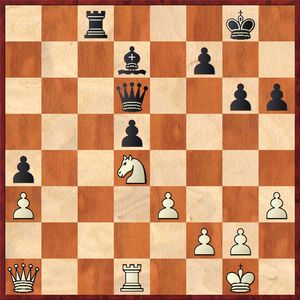 From time to time, Valentina converts a minimum edge so beautifully that you wonder why should she ever have to resort to irrational tricks that she is so famous for. Playing the grandmaster from India, Gunina's performance was reminiscent of 15 - 20 years ago when she was collaborating with Alexander Kalinin. The diagram reminds us of Bent Larsen’s rule in that an isolani should be annihilated rather than blockaded!

White is up material after 39...Ra8 40.Rd3, which compels Harika to take the a3-pawn as a last resort. On the other hand, Gunina’s passed pawn is now free to move on. 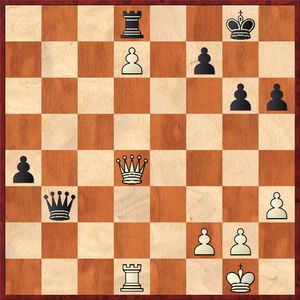 Now White is in time to regroup and create deadly threats to the f7-square. 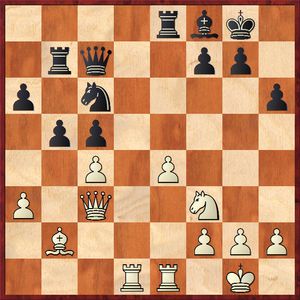 After 23.Rd5 White has decent chances to develop her kingside initiative, but Kosteniuk mistakingly preempts it with the trade of pawns.

An extremely unpleasant stab! The captures on b4 leave White down an exchange, and the alternatives are no better. 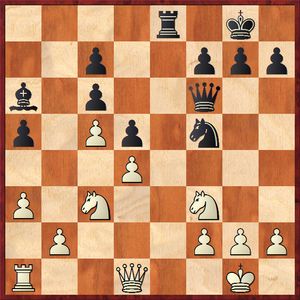 The German chess player must be delighted with her performance in the first stage of the Grand Prix, more so that she managed to take the last-round game. White seems to be in good shape and only needs to put the queen on d2. However, chess is known to be the tragedy of a single tempo!

It brings back Larsen's game against Taimanov. Now that the d4-pawn is doomed, Kashlinskaya is attempting to muddy the waters.

A series of precise moves allowed Black getting a huge advantage and pressing it home in the endgame, notwithstanding a desperate resistance from the Russian.

Below is the final standings of the FIDE Grand Prix in Skolkovo.

Overall, each leg of Grand Prix has 850 qualification points at stake. This is how they are distributed between the first stage participants: