Nigel Short: It Is Easier to Fight for the Crown Than to Defend It

- Nigel, the first half of the FIDE Women’s World Championship Match is over. How do you assess the game of both players?

- It’s a very tough match, actually. My impression from the games is that Goryachkina is on top. I feel that if it continues like this, she will win. But momentum changes in matches very quickly, so it’s merely a comment on the six games that we have had so far. Definitely, Goryachkina has created more chances – that’s it. The score is 3-3, and it’s going to be a match of fine margins. It happens so when there are two players with almost identical ratings.

- Is it easier to fight for the crown or defend it?

- It is definitely easier to fight for the crown. Aleksandra looks very determined, while Ju, in my opinion, appears nervous. Everybody knows that before the match, she had a very favourable score against Goryachkina, although it was mainly rapid and blitz. Even in the classical game they had, Ju was winning by a trivial manner. She clearly had the upper hand in previous encounters but that’s not entirely surprising as Aleksandra has improved a lot in the last year or two.

I don’t’ think that home advantage is that important but as we talk about “fine margins”, it is an advantage to have something like that. I am sure she’s going to have hundreds of people cheering her on. I’ve got a feeling that there will be a good response at this match here. Muscovites are a bit spoiled as they see so many events (laughs). But Vladivostok is a big city but is rather isolated so that’s a real opportunity to have a really high-profile event. So, that’s my impression. If asked I’d place my stake on the Russian.

Although the Tata Steel Chess Tournament has started, my main focus is here as it is a good match. There was a pretty lifeless draw in the second game with a brief flicker of interest which passed very quickly. But all other games were very highly interesting. 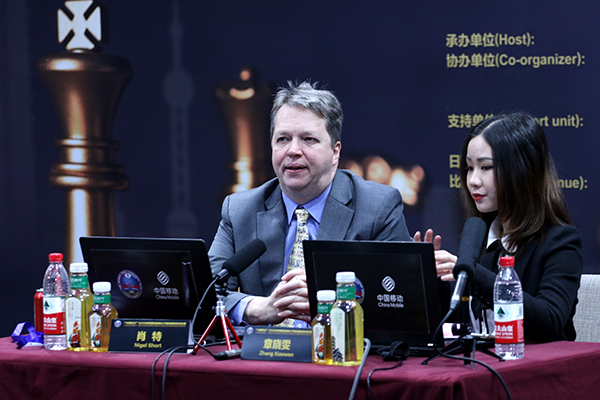 Nigel Short was commenting on the games in Shanghai together with WGM Zhang Xiaowen. Former Women's World Champion Hou Yifan will join him in Vladivostok

- How has the average level of women in chess increased in the several past years?

- I am sure that there are more strong players these days than before. Unfortunately, Hou Yifan is less active now but I hope she will return to playing chess full time. But it will be nice to see her here and nice to talk to her. I’m very much looking forward to having her with me in the commentary room.

- What is your main focus and mission as FIDE Vice-President?

- I have a lot of areas of interest – rules, competitions; I am for the first time involved in the chess for the disabled. I am very pleased that we are going to have the Paralympics in Khanty-Mansiysk.

Initially, Arkady Dvorkovich wanted to assign areas of responsibility to different vice-presidents thus making use of the Presidential Board. I am not sure it worked out the way he intended it to be as not everybody contribute as much as others.

One of my main interest is governance. There is a number of federations that have been allowed to become members of FIDE in the “bad old days” and that’s not easy to change certain things. For example, there is one federation which has been around for years that has less than 10 adult members and yet officials have held important positions. This is politics, and I want to see properly functioning federations, I am very passionate about it. I’ve got no problem with people having private companies and being involved in chess, I’m in favour of that. But we shouldn’t recognize them as federations.

I am also involved in the expansion of FIDE. Last year, I brought it four new federations, provisional members of FIDE. This is a substantial number; these things are important. I am glad that Arkady supported this very much.

I was in Pakistan last year, and there are a number of issues with the Federation, which are much too long to talk about in the interview here. But when you compare Pakistan, a country of well over 200 mln people, with its neighbour India, which is an absolute powerhouse, you can see that it lags behind in its chess development by decades. If your best player is not even in the Top 6000 in the world and you have more than 200 mln people, you’re certainly doing something wrong in chess. 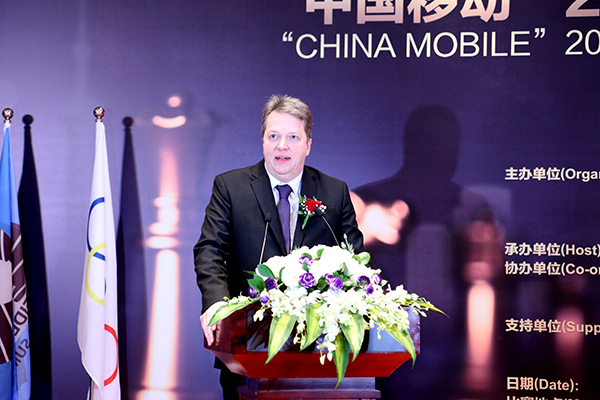 - So you are trying to improve the situation in such countries, are you?

- I am. There are many interests and concerns, and one has to be careful. FIDE has a policy of strict neutrality but it doesn’t imply we are indifferent to what is happening within federations. Ultimately, we recognize these federations, so having proper elections, statutes and accounts is essential.

This is an ongoing process. I am very pleased with what some other people have been doing in the Management Board. FIDE has increased the amount of sponsorship significantly; the budget of FIDE has risen. Personally, I consider it to be too low and I think that Arkady would also agree. The fact, that it has improved from the abysmally low level, doesn’t mean that we can’t do better. We certainly can do significantly better. It is a gradual process and I think we have gone a very long way to restoring the severely damaged reputation of the organization. My belief is that if Kirsan had been reelected, that would have been the end of FIDE and it wouldn’t have made it to its centenary in 2024. It could barely function because of the frozen bank accounts, sanctions and everything.

An interesting question for me is to see whether the move to Lausanne will bring significant benefits. it is certainly costlier running things from Switzerland than doing them in Greece but there is plenty of scope for collaboration with numerous other sports bodies and, in particular, the IOC, which is also based there. Indeed, we are already seeing some small advantages of this geographical proximity and cooperation, but we have barely scratched the surface of these opportunities.

In general, much work is to be done but I’m pretty happy with the general direction. There are always things that can be done better. But where we were and where we are now is a world of difference. And I think the culture in FIDE is changing. People have started to understand that we are a rules-based organization and that the old way of doing things is no longer acceptable. 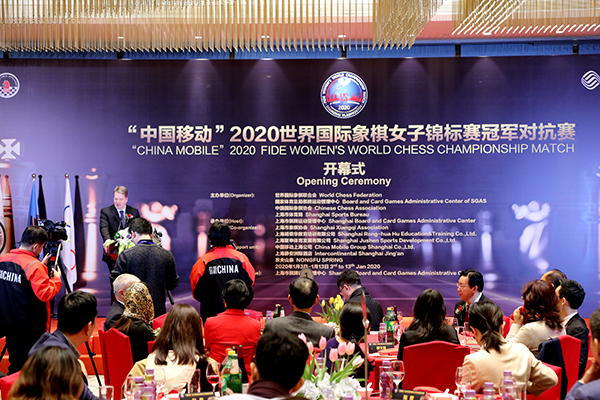