When you start annotating blitz games, make sure you have enough question marks stored. It may even look like the author enjoys showing these mistakes, but it is something we have to live with – blitz is a competition that is decided not by the spark of a genius, but by an impulsive hand motion without involving brain cells (disclaimer: I am not a neurobiologist). Even the world's greatest players are prone to silly mistakes in this form of chess. Some of these players may still go through the entire distance undefeated, but only of sheer luck. 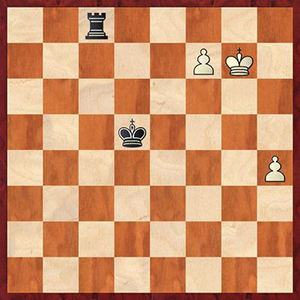 Many interesting events happened on the way to this position, but finally there is no room for error left. After 73.f8Q Rxf8 74.Kxf8 Ke5 75.Kg7 the pawn promotes. Right?

How unlucky and how unfair, right? Now let me remind Dmitry and his fans of his previous game. 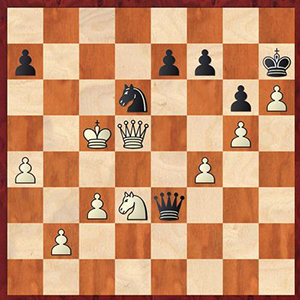 Magnus got himself in trouble in the following game, but did not rely on others and saved himself. 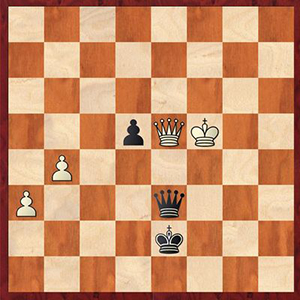 The endgame after 59.Qxd5 Qxa3 is drawn, according to the Nalimov. However, the evaluation will not stand for long in this game. 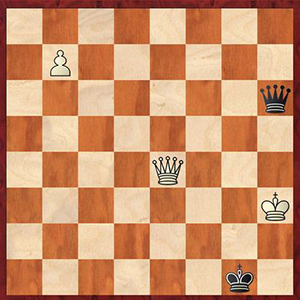 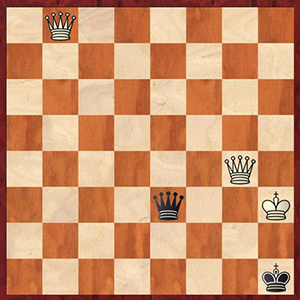 An interesting counter to a stalemate happened in the next game. 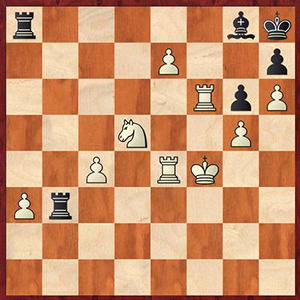 One could just go 73.Nc7 in order to take the e8-rook with the knight. However, Savely shows some sense of humor.

Curiously, White is winning even after74.exf8Q Rf3+ 75.Ke5 Rxf8, because his material advantage is somewhat overwhelming. 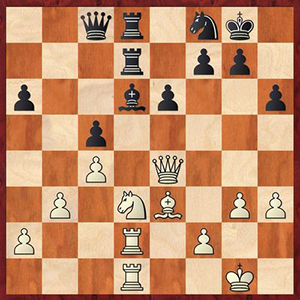 White has the initiative, but Nikita plays a strange sideline move – and traps his opponent.

Ilya Smirin outplayed Vishy Anand in a similar fashion – with under the radar threats. 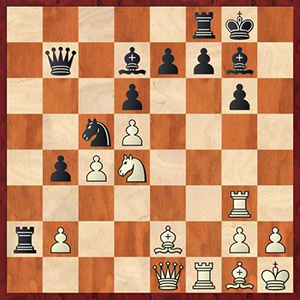 In a strict sense, there is no double attack here. However, as soon as White's 24.Qb1 was met by24...Rfa8?, it turned out that the queen was actually eying the kingside.

Once again, I am applying the term is a relatively unorthodox way. 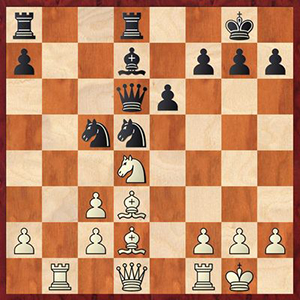 The d-file is loaded with the pieces. The Iranian begins the disarmament first.

15.Nf3!? Rac8. This looks like a decent move on general grounds. The computer suggests to place the bishop somewhere on the а4-е8 diagonal, orjust go 15...Nf4 without an invitation.

17.Ba5! The rook is attacked, but cannot retreat, as the white bishop is ready to leave for h7.

I could fill this section with numerous examples. This one stands out because it took Black three moves to deliver the mate in one. 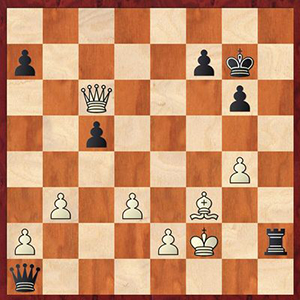 After 42.Bg2 White is still lost, but the struggle goes on. 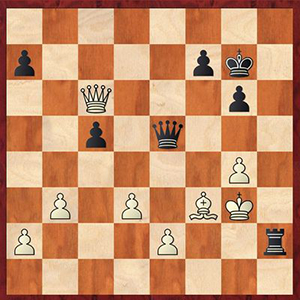 A cute build, one should remember it.

Finally, let us come back to a topic from the previous lesson. 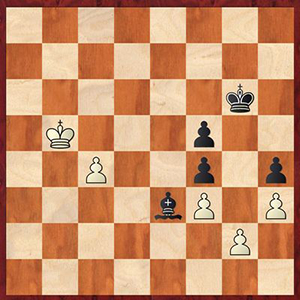 Earlier the Egyptian grandmaster sacrificed a knight in order to distract the enemy king from White's passed pawn.