Illusion of a Study

Five years ago Vladimir Kramnik prepared a bullet-proof opening against 1.d4 for the Candidates tournament in London, an improved Tarrasch Defense, which he used to confidently thwart all attempts by White to achieve an edge.  Let's add that this defense was known as "improved” long before Kramnik started employing it, and Vladimir managed to improve it even further, introducing many original ideas.  The opening instantly caught extreme popularity and was even viewed by some as a refutation of d2-d4 by giving Black a forced draw! However, passions cooled down gradually, and inquisitive minds opened new opportunities for White.  Kramnik has remained faithful to his weapons, and Grischuk managed to take him by surprise in their recent game.  In round nine Vladimir was Black again, and it was yet another time when he was “presented” with a novelty in the improved Tarrasch defense. 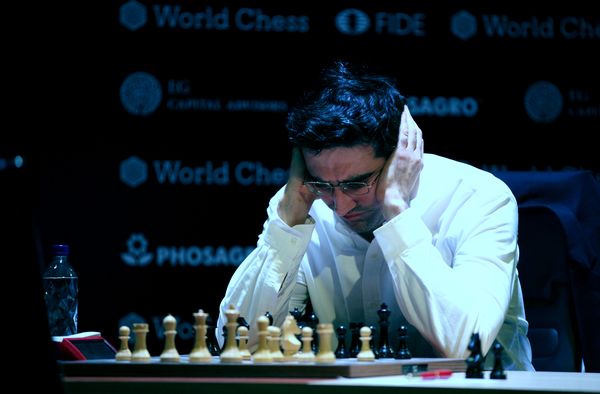 
The logic of things demanded that Kramnik patiently sit out a slightly inferior position, but following a number of inaccuracies in previous rounds this turn of events obviously did not suit him, and he decided to hot things up without delay. One by one, Black carried out two pawn breaks in the center, but they were not well prepared, and the situation became critical before long.  Sergey Karjakin had no remorses in accepting each generous sacrifice from his opponent; Sergey secured his king and got down to converting a huge material superiority afterwards. However, at a certain moment the impression was such that Black managed to engineer a fortress in keeping with the studies by famous chess composer Genrikh Kasparyan devoted to positional draws, but it was just an illusion.  Karjakin broke through the opponent's defenses, and Black recognized his defeat immediately after the first time control.

Levon Aronian and Shakhriyar Mamedyarov finished their game before the Russian grandmasters, and attended the press conference ahead of them for that reason.  Meanwhile, Sergey Karjakin ascended the VIP-room to discuss the events with grandmaster Alexey Shirov, the tournament guest; there he learned computer evaluations about the crucial moments of his game and shared his impressions with your correspondent:

– I think there is enough quality in our game, especially taking into account a crazy nature of the position we had on the board. 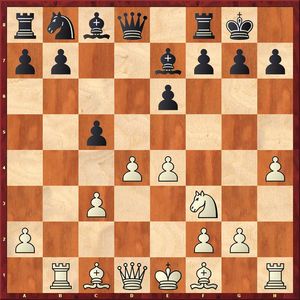 This idea belongs to my second, Alexander Riazantsev, and I am grateful to him for it! However, after 9…cxd4 10. cxd4 Nc6 11. h5 we, of course, did not expect 11…f5, because it was other than self-suggestive and because of a host of other more tranquil continuations available to Black. In response to 9.h4 he was not obliged to react with 9…cxd4 10.cxd4 Nc6 in the first place, but even after 11.h5 logical looking is 11…h6, among other continuations.

I could have met 11…f5 with 12.e5, as we have just been discussing it with Alexei Shirov, but it did not appeal to me that 12…b6 and 13…Bb7 he would gradually allow my opponent to mount blockade on the d5-square. It would give rise to a complex position in which I am slightly better, but I thought I had a more principled continuation at my disposal.

I believe that after 14…h6 15.Bd3 Qg4 16.Kf1 White’s advantage is significant already. 16…е5, looks interesting, but it is a move that can be assessed as overly sharp and objectively bad. 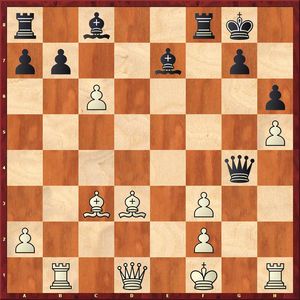 I was told that after 20.cxb7 Bxb7 21.Qb3+! there is a complex computery win, but it was beyond me because I am not a computer! I took for a reliable human approach without letting my edge go, although Black was not without definite practical chances to make a draw. At no moment, however, did I see a clear path to equality; I do not think White missed his significant edge anytime during the game. When Black sacrificed an exchange, I was absolutely confident that I was winning. After all, White can give back a rook at an opportune moment to disentangle myself, retaining a decisive edge in the meanwhile. 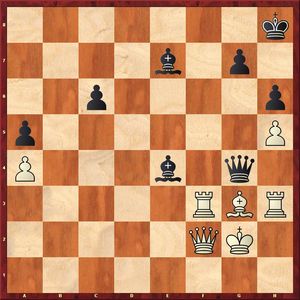 – I am, of course, happy about good games of the recent rounds in which I managed to demonstrate some interesting ideas in the opening.  Following an underwhelming start it is very important for me to show that I am well prepared for the tournament and am still capable of achieving something.  I assume there are quite a few out there who have second thought about it already! - and Sergey burst out into contagious laugher. 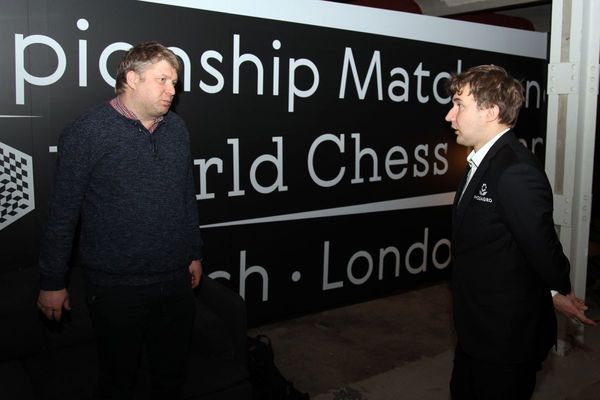 
Meanwhile, Aronian and Mamedyarov were sharing the nuances of their drawn game in the press center.  Ironically, the pawn structure in their encounter was similar to the one seen the day before in the Mamedyarov – Karjakin duel.  In that encounter Shakhriyar let Black go without creating any problems, but Levon’s actions kept both his opponent and his second Alexei Dreev on their toes.  The Azeri grandmaster’s performance lacked confident at first, and it was in vain that he refused from trading a pair of rooks, but when his position started raising concerns, he managed to pull together and launch counterplay sufficient for a draw. 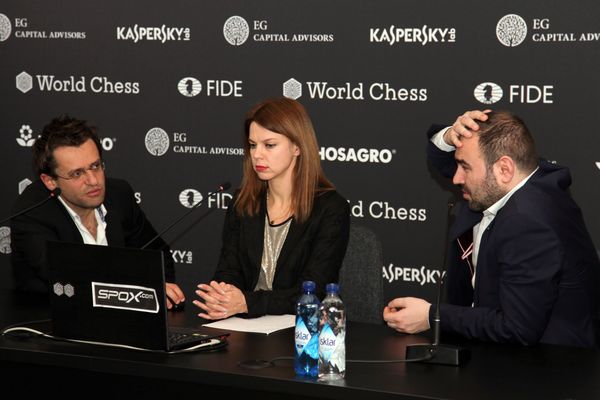 
The encounter between Wesley So and Alexander Grischuk offered little in the way of exciting content.  It seems as if the American grandmaster lost interest in the tournament: he handled the opening as Whites into a completely harmless setup, willingly agreeing to trade more and more material.  When the board was nearly devoid of material, the opponents signed a peace agreement.

This said, the sole leader Fabiano Caruana was close to increasing his gap over the closest pursuers.  He managed to catch Ding Liren unawares, forcing the Chinese grandmaster to weaken his pawn structure and then getting down to systematically undermining the opponent's defenses.  It turned out before long that Black’s task was a lot more challenging than might seem at first glance: his king was caught in a corner, and Fabiano tried to organize a mating attack, combining the efforts of his rook, bishop and knight.   In the first half of the event Caruana managed to outplay Kramnik with the same combination of pieces, a defeat which the Russian grandmaster has yet to recover from.  Ding Liren was also given a hard time, but he demonstrated incredible tenacity and bailed out into a draw. 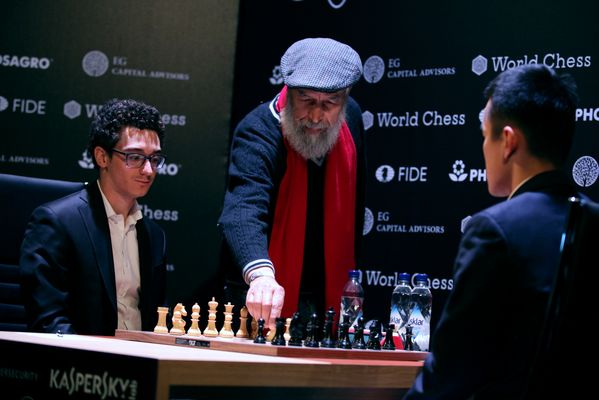 
At the press conference, Caruana showed many beautiful lines, which he had to calculate during the game, but he did not see a clear win for himself should Black defend precisely.  However, there was one at the very end of this exhausting game, literally one move before a draw was agreed.  When one of the journalists voiced the computer recommendation, Fabiano froze for a second, his countenance changed, and he leaned back in the chair, realizing that the fourth victory was almost as good as in his pocket.  Nevertheless, he quickly mastered himself and went on to answer questions as if it mattered not at all. 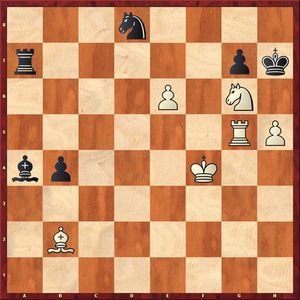 The tournament standings after round 9:

Round 10 is scheduled on Thursday, March 22, and features the following pairings: Grischuk - Karjakin, Kramnik - Aronian, Mamedyarov - Caruana, Ding Liren - So. 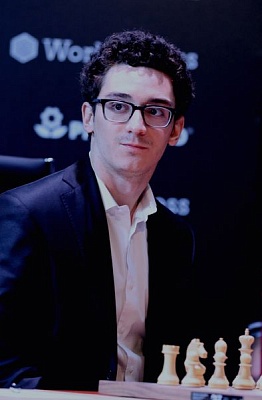 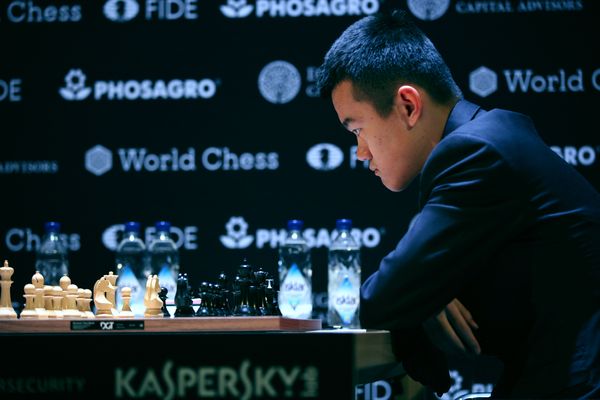 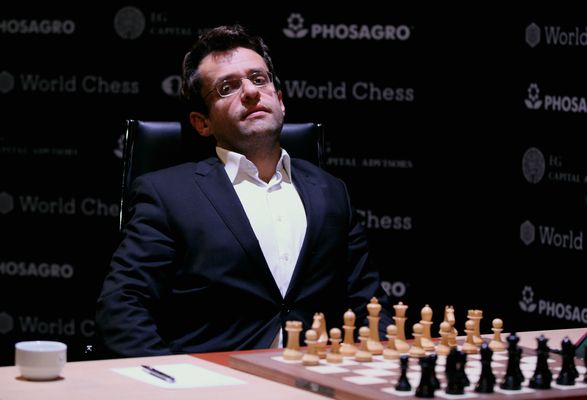 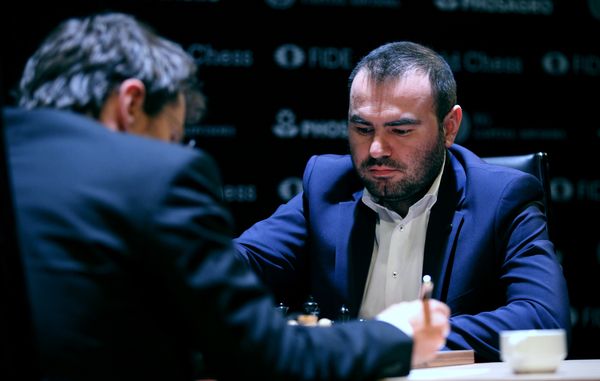 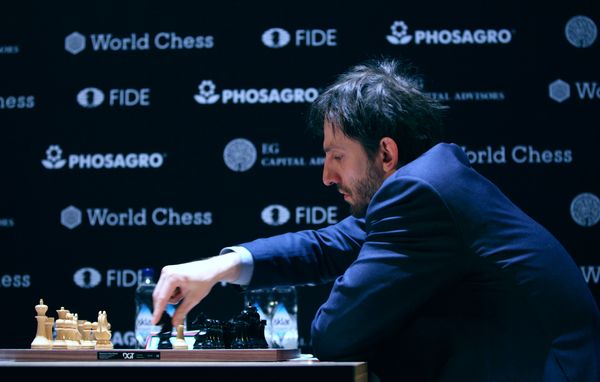 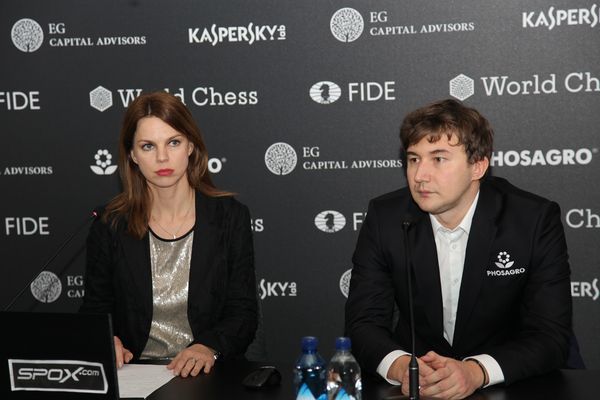 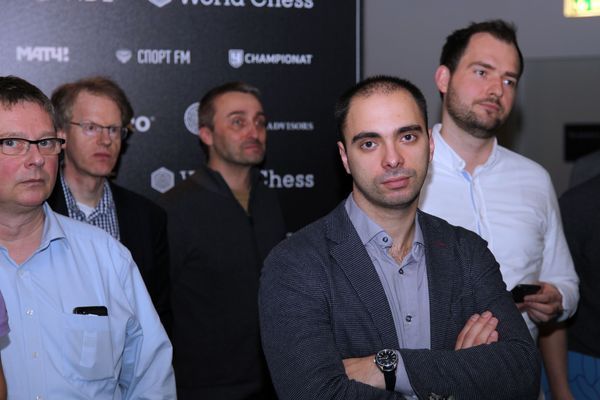 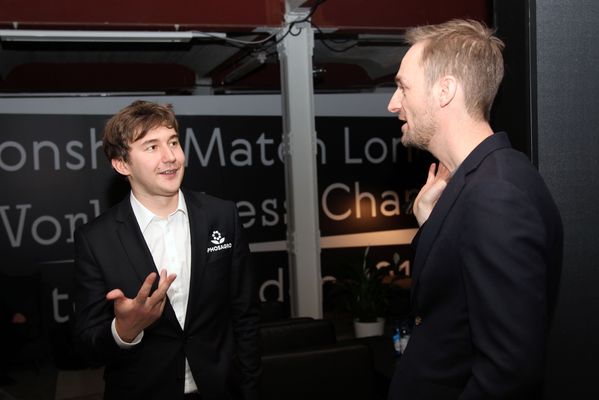 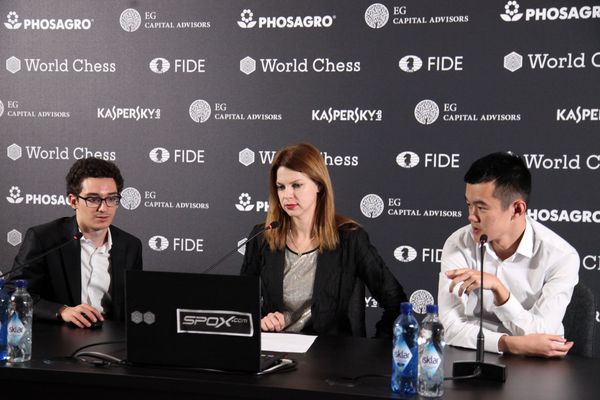