Let me immediately correct my earlier mistake in that among the participants not only Dinara Dordzhieva, but also Polina Shuvalova was awarded the international title, hers being that of men's international master. My congratulations to Polina!

In the women's tournament, Valentina Gunina continues her confident lead by having scored six out of seven, and so far, there seems no one who can stop Valentina.

Pursuing Gunina and sharing the second place are Leia Garifullina, Ekaterina Goltseva and Tatiana Getman, followed by the already experienced Margarita Schepetkova with her deadly white serve forged over the years in collaboration the mighty theoretician Alexey Kornev. Trailing half a point behind the latter group are the titleholders Ekaterina Kovalevskaya, Marina Guseva, Baira Kovanova, Anastasia Paramzina and the revelation of the last Higher League, a starlet from Tatarstan Zarina Shafigullina. And many of those who were ranked as main favorites going into the tournament are now in the 4 point. They need two wins in a row, a high Buchholz mixed with a lot of luck more than anything else. 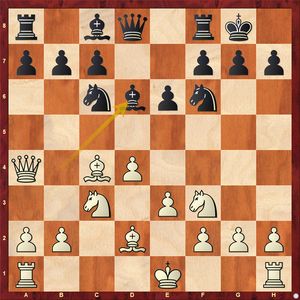 Alexander must have known that the central pawn push could backfire.

If White only knew what would happen next, he would have opted for 12.f3 ef 13.K:f3 Cf5 instead, although Black is in good shape and enjoys great game along the central squares.

16.g4 cd 17.gf dc 18.B:c3 Nd3 works no longer as the black pieces start crushing the opponent's lines similar to what happened in the game. 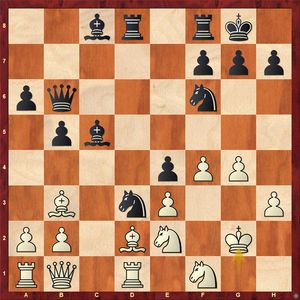 The white rook joins the fray with a significant effect after 23.Ng1 Rd6.

The game shows the potential of a young Stavropol chess player who is a university student in Saint Petersburg now. 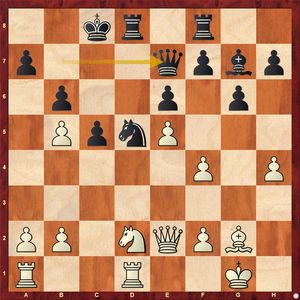 In one of Maxim Notkin's brilliant reviews of the women's world knockout championship in Iran (where people played wearing hijabs), there was a wonderful selection of positions dedicated to the theme "Gulchatai, open up the file". It later made a separate chapter of the excellent book "My Queens' Swift Departures" authored by the editor-in-chief of the "64" chess magazine. On reading this book, I have realized the following. There is simply no cure to Gulchatai's opening up the file. If Gulchatai has an open file, checkmate is inevitable. Now, during the masked tournaments, Notkin's recipe might come in very handy.

What is the computer's first line here, by the way? It runs 24.a4! Q:h4 25.a5 – and the engine cannot care less about the pawns because Black is a goner as soon as White opens up the file.

This is a blunder. White is after the exchange, but what he actually needed to do was open up the file with 27.Qd3 Q:h4 28.a5. This is a grave violation of Maxim Notkin's commandment. 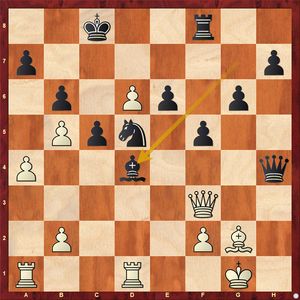 37.Kg2 c4 brings no relief as the king heads for c5. However, the text 37...g3 did not pose Schepetkova any problems in the way of prosecuting her advantage.

Maxim Notkin's golden rule did influence the outcomes of other games as well. 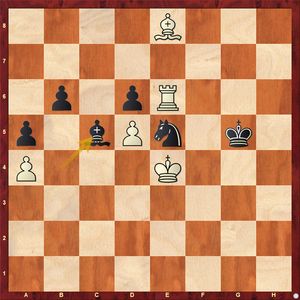 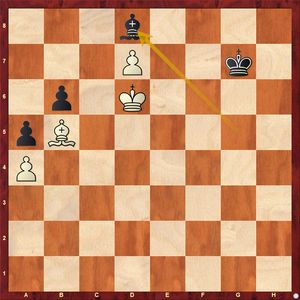 What an upset, but Dordzhieva is not the only person to commit such blunders. Suffice it to turn to Dvoretzky’s chess legacy! 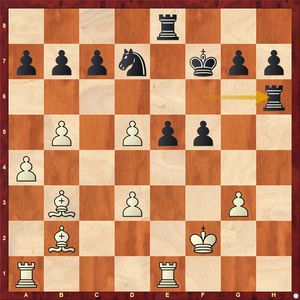 Paramzina has delivered the opening part superbly, but then played hesitation and did not convert her extra piece.

You cannot but feel sorry for the pawn. Why not 33.Bc2?

33...N:a4 34.Ba1 Kg6,  with three pawns for the piece that soon became even as many as four, and it was White who had to come up with precise play to make a draw.

If you think that the Gulchatai rule is about women's tournament only, you are very much mistaken! 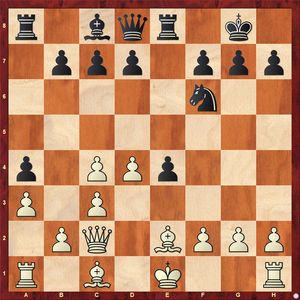 This is Rakhmanov's ram in action! In the case of 12...d6 13.Rg1 Be6 14.Be3 c6 15.h4 White castles long and generates a dangerous offensive. We must pay tribute to Denis Khismatullin for showing a perfect reaction.

The knight is trapped, but Black never intended to retreat anyway.

So, all the files have opened up and the white king is in the open, but it is not as simple as that yet. 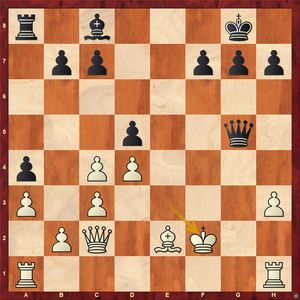 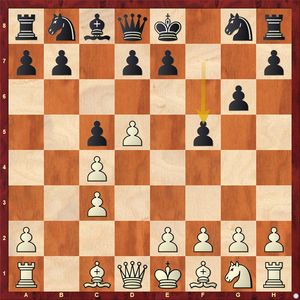 You should know by now what to do. The file should be opened up without any delay before Black gets to White's doubled pawn.

Sviridov sidesteps from the time-honored 7...Rg8.

They played 8...Qa5 to discourage White from checking.

This is no longer a simple position. 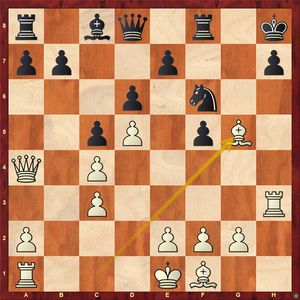 It is noteworthy that White used to press along the h-file for the entire(!) game, but in the end he delivered a decisive blow just where the opponent opened the file himself. 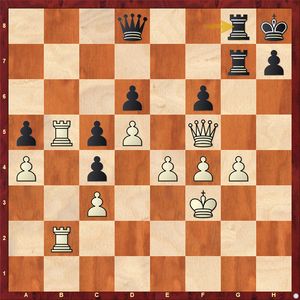 White trades his rooks for the opponent's queen first, then eliminates the f6- and d6-pawns and starts queening his pawns. Black resigned.

Let me show you a couple more examples to support our piece of chess theory. 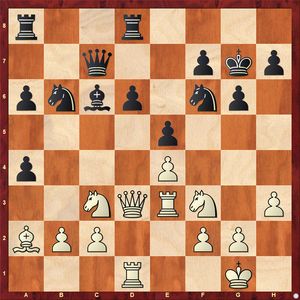 25.Qe2 is more precise, whereas the text sets the mechanism of our rule in motion.

26...B:d5! is more precise, while the text gives Sarana's opponent an interesting opportunity.

It is all over now that Lugovskoy has dropped his knight. 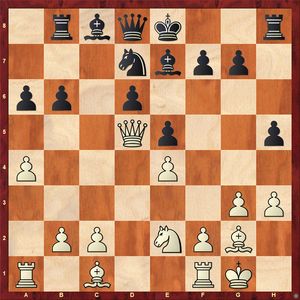 Black's classic plan in such Najdorf positions is to contest the f4-square after 14.g4 Bb7 15.Qd1 Nc5 16.Nc3 Ne6. Ponkratov ignored the opponent's threat in a creative style.

After 18.Nc3 Rc4, White is worse, but he decided to sac a pawn in Tal-like style instead.

Tell me, how come that Black did everything right, opened up all the files, has won a pawn and the game still ended in a draw? Well, this is only because a real filibuster is immune to any Gulchatai spells.

As for the tournament standings, Maxim Chigaev is ahead with 5.5 out of 7. Vladimir Fedoseev, Mikhail Antipov, and Alexey Goganov are half a point behind. However, keeping their chins up is a vast group with 4.5 points. This group includes some "jokers," such as Vladislav Artemiev, Andrey Esipenko; Swiss tournament heroes Aleksandr Rakhmanov and Pavel Ponkratov; Russian champions Igor Lysyj, Alexander Riazantsev, and Evgeny Alekseev; Olympic champion Konstantin Sakaev and people's favorite Alexei Pridorozhni.

It will surely be a very interesting finish!