Hundreds of games between the world's strongest players will be played at the World Rapid and Blitz Championships in St. Petersburg. These players are capable of creating the most complicated struggle even being dramatically short on time. Alas, it is impossible to review such riches in a short express format, therefore we will proceed with simple and eye-friendly examples that are labeled easily. Let us begin with the two points generously given away by the World Champion in the first two rounds. 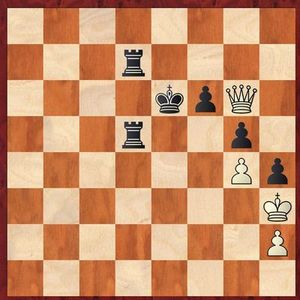 Magnus gained an early advantage, but then the Ukrainian grandmaster started defending very resourcefully. The World Champion kept looking for winning chances as persistently as usual, and managed to trade his queen for two rooks, avoiding the perpetual. In the diagrammed position he could keep torturing his opponent for quite a while, however, took a bit more time than could afford, and forfeited the game.

In the next round game with the talented young Uzbek player Shamsiddin Vokhidov Carlsen yielded to emotions by making a childish opening choice (1.e4 e5 2.Qh5), however, as soon as the outline of the game began to look more normal, the Norwegian sacrificed a pawn and obtained excellent compensation. 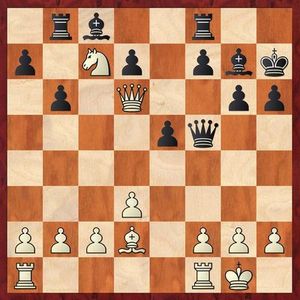 Alas, the fate awaiting this brave warrior in the actual game was very different. 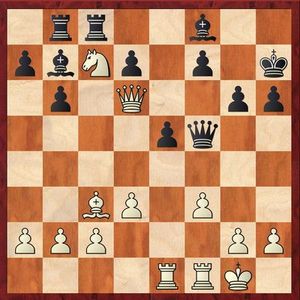 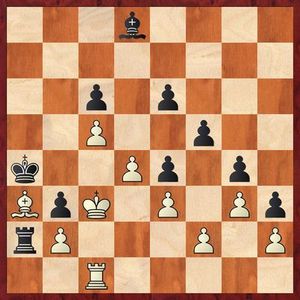 During the latest dozen of moves Black transferred his king from g6 on the queenside via d5, and then he rejected the е6-е5 break.

Now 67.Bb4 is absolutely critical for White, however, the three-time Olympiad champion did not sense the danger. 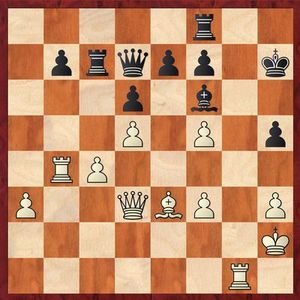 The computer does not approve White's 39.c5!?, claiming it deprives him of an advantage. The machine sees the tactical idea behind this move, of course, and finds the only but sufficient defense – 39...Rg8. 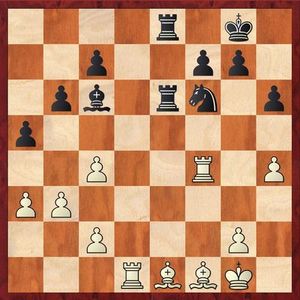 30.Bd3 g5! The rook has no place to go. The Iranian confidently converted an exchange.

Undisputed possession of an open file is a great good. It often creates the right conditions for a decisive invasion. 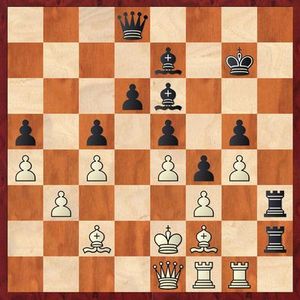 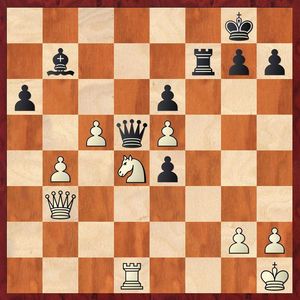 30.Nxe6? This tempting attempt to utilize the back rank weakness could backfire. After30.Qxd5 Bxd5 31.c6 White enjoys an advantage. However, Black fails to utilize the mistake by 30...h6? The game continued to a drawn rook ending, where Black blundered transposition to a pawn ending that was lost for him.

…was not played in the following queen ending. 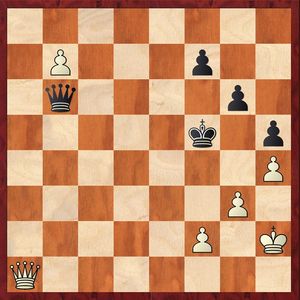 It looks like White's choice is limited to abandoning the passed pawn or allowing the perpetual. Perhaps Daniil Dubov also came to the same conclusion, and a draw was agreed after 56.Qe1 Qxb7.However, 56.Qh1! could solve both problems. After 56...Qxf2+ 57.Kh3 Qb6 58.Qd5+ Kf6 59.Qe4! (threatening Qf4+) the passed pawn queens inevitably.

Our final item is an endgame tragicomedy. 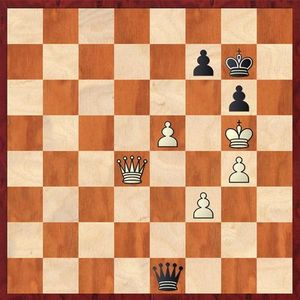 Sergey lost the thread in an innocent-looking queen endgame, and in the diagrammed position White wins easily by 85.f4. However, Maxim aimed for another line, getting into the trap laid by his elusive opponent.