Part two of the impressive superfinal marathon saw a desperate struggle for lead between the GMs with the plus scores. It began by Vladimir Fedoseev defeating with the black pieces Alexandr Rakhmanov, known for his defensive skills and defensive stubbornness in general. 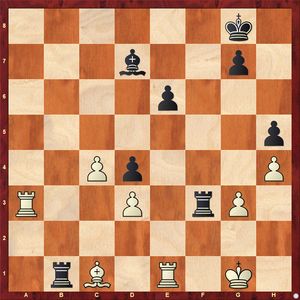 Or course not 34...Rхe1+? 35.Bхe1, defending the g2-pawn. I doubt that Rakhmanov missed the doubling of rooks along the rank known as “refreshment stall”. White seems to have underestimated the black bishop’s agility.

White has seemingly blocked all black bishop's entry routes, but Fedoseev still finds his way to deliver the required piece to the required striking position.

The mighty squad of St. Petersburg GMs continued to advance at all fronts. Nikita Vitiugov had Dmitry Andreikin walk into a lengthy home prep, and after having bypassed many deadly pitfalls, Andreikin still failed to clinch a draw. 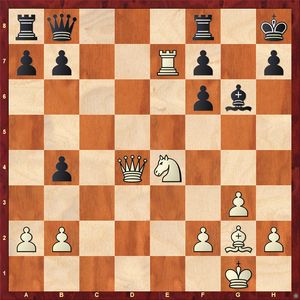 Black could have profited from his opponent’s inaccuracy by going active and getting some chances to save via 29...Re8!. Vitiugov’s powerful centralization keeps Black’s army at bay.

34.Qd4 is also good, but Vitiugov has calculated everything precisely. 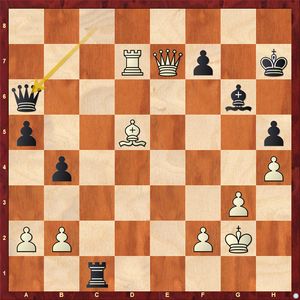 They registered as many as six draws in round six – the exhausted participants were eager for a rest day. There followed a fierce struggle after the rest day. It was virtually a struggle to the last bullet. The unstoppable Fedoseev snatched victory from Alexandr Predke in a long endgame. We remembered Fischer in the previous review. And now it felt as if yet another great player of the northern Russian capital, Mikhail Chigorin, was present and tramping Emanuel Lasker’s position with his knights. However, this is not the end of our exposure into the classical heritage. 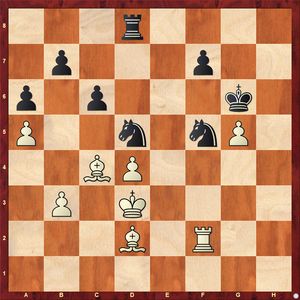 This is one of those endgames where a person might feel uncomfortable fighting back from his opponent’s threats, and the computer laughs at human players’ imperfection and never evaluates to more than zeros.

White should draw in a three vs. two pawns endgame: 71.Bхf4 Rхd4+ 72.Кc3 Rхf4 73.Rh8 Кхg5 74.Bхf7 Nd6 75.Bc4, but it is always a psychological anguish to make a choice like this as it trumpets going into the defensive and starting to toil for a draw. So far Predke has preserved his bishops pair. 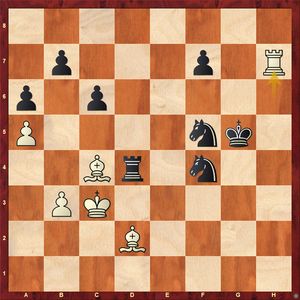 After 75.Bхd5 Rхd5 76.Rb8 Nd6 77.Bf4 Ne4+ it is Black who wants to do away with the remaining white pawns. Fedoseev emerged out of complications with two pawns to his good, and the rest was an easy matter of technique.

The following game proved very exciting. It is not for nothing that it was commented in full. Dmitry Andreikin did not give up and started his pursuit of the Bronze Horseman's players.

It is characteristic of the creative play of the Cherepovets city grandmaster as Whites opposes being dragged into the sharp lines of Nooteboom, but is heading for the Carlsbad schemes instead, in which Rakhmanov has established himself as a great authority. However, Black gets the opportunity to exchange the c8-bishop without any concessions, which is a huge achievement as such.

Instead of 11.f3, Rakhmanov brings the queen to an active position - this technique has frequented in such structures in recent years. 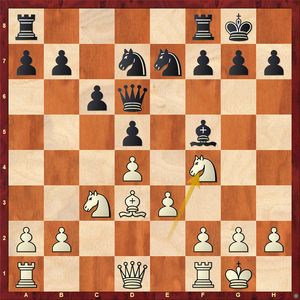 15...Nхf4 16.Qхf4 Ne4 17.Rac1 is an option, but Dmitry Andreikin aims at trading the bishops to get the “Capablanca's set of pieces”. Coined by the famous coach of the Perm city Anatoly Terekhin, this term implies Black's ambition for the kingside attack with the heavy pieces and knights, along the lines of the classic games Bobotsov - T. Petrosyan, and Portish - Kasparov. However, the presence of two pairs of knights instead of one is partly complicating the implementation of Black's idea.

After 17...Nхf4 18.Qхf4 (18.hхg4 Ng6 19.f4 f5 gives less) 18...Nf6 19.f3 White aims to carry out the Botvinnik central break promoted by the active queen. Andreikin wants to keep as many pieces as possible, and brings Petrosian's idea to life when the time trouble approaches.

24.Qf3!? is not so sharp. Perhaps, White didn’t believe that the opponent would simply give up his pawn according to Mikhail Tal’s principle: “It was just standing in my way”. 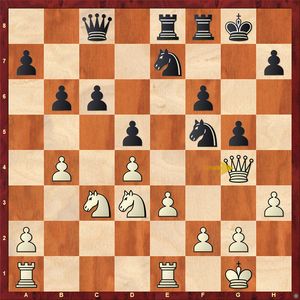 Look at that! As if copied from the Bobotsov – Petrosian game!

White could have played 25.Qf3, but how can you resist such a temptation?

26.Qf3!? To repeat that this move was an option would be sounding like a broken record.

This is playing with the edge tools. Instead, it was worth probing his opponent for the willingness to repeat moves after 27.Qf3 Nh4 28.Qg4. The g4-queen falls victim to a tactical blow. 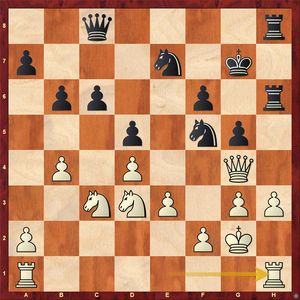 This is the point! With none to challenge her, the black queen goes out to hunt down the white pawns.

Instead, 35...Кf8 was correct. Black provides his opponent with an unexpected opportunity to deliver a nice counter attack. Whereas it is somewhat out of the logic required to become yet another brilliant example of the Capablanca–Petrosian–Kasparov (and now Andreikin among them) legacy, it makes this game even more attractive at that. 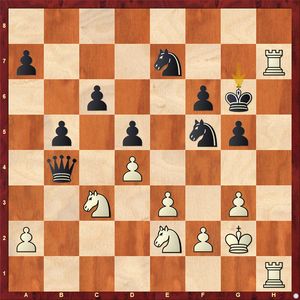 Having let this incredible opportunity go, Rakhmanov can escape no longer.

A real tragedy occurred in yet another derby of St. Petersburg players. 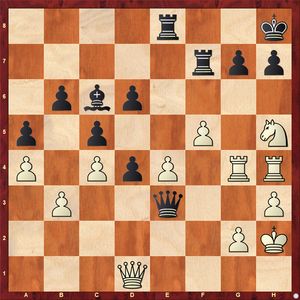 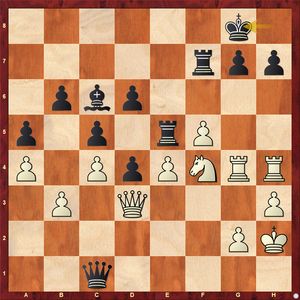 60.Rgh4?? Qхf4+! White resigned as his group of checkmating pieces is about to sustain heavy material losses. This game is likely to become this tournament's decider.

The beautiful lady continues to put up a very worthy fight to the men. However, there was one more game that she lost. 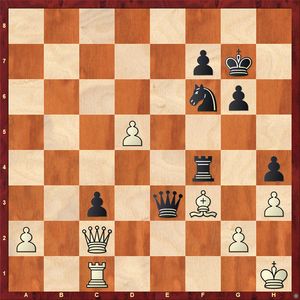 White should keep the position after 44...Rc4 45.d6, but lured by the exchange sacrifice, Predke has calculated everything up to the winning move.

This sacrifice will not delay the knight for long from coming back for more.

50.a4 Nf5 51.a5 Ng3+ loses, and something along these lines actually happened in the game.

With all draws under his belt is one of the tournament’s favorite players Andrey Esipenko. The Rostov chess player is invariably ambitious as White, but with everyone putting up stubborn defense you sometimes have to find the best move, otherwise whatever edge you happen to have tends to go down the drains. The following example best explains the above. 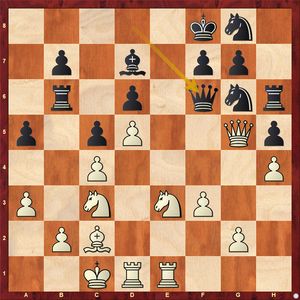 Both 23.Rh1 and 23.g3!? would have highlighted White’s substantial edge. However, Esipenko rushed in with: 23.Bf5? Nхh4 – and Black grabbed the pawn! With such a gift in the Rapid Grand Prix stage, Ponkratov would have undoubtedly outplayed any opponent here, but this being the Superfinal and one formidable Esipenko facing you with the compensation for the missing material, the final outcome was a draw.