Chess History of Kazan – Now and 135 Years Ago

Coming up in Kazan in 2019 is a women’s Candidates Tournament, restored to its former format. Old-timers recall the days when fair sex representatives used to enjoy their full-fledged qualification cycle that began with qualification matchups and ended in a final round robin. However, a chain of scandals rippling through the second half of 1990s (such as stripping Susan Polgar of a title and the Xie Jun – Galliamova match taking place as if by a miracle) has resulted in a women’s best player’s title put at stake in the knock-out event. Here is a comeback of good old days after as many as 20 years!

20 years is quite a while, isn’t it? This said, the city’s chess history is about to grow even more impressive with the strongest ladies getting together to decide the challenger of Ju Wenjun.

Chaliapin, Lenin…Artemiev, to name a few! Having lured you with a set of flashy names going backwards a century, let's now cover the milestones of chess history in Tatarstan.

It is always a pleasure seeing one’s city’s chess history treated with reverence. There was a time when I enjoyed exploring Chess Chronicle of St. Petersburg (co-authored by Sergey Ivanov, Alexander Kentler, Vadim Faibisovich, and Boris Khropov). Now, I am no less enthusiastic about the essays by Vadim Pugach and Chess Stars of Tatarstan by V. Kuznetsov and B. Musin. Would it that Moscow remembered its chess history that deep!

How it has begun

While chess history in Tatarstan goes back to times immemorial, Kazan’s first chess club was founded in 1884(!). Back then chess powerhouses existed only in the two capital cities of the Russian Empire. Other than that only Tashkent and Kharkov could boast the existence of peer facilities. The club building of Kazan was located opposite the Nobility Assembly on the Bolshaya Gruzinskaya Street (now the intersection of Pushkin and Marx streets). The club was enjoying the patronage of an innovative governor Nikolai Andreyevsky, one Mikhail Chigorin being its honorary member. The only downside was that chess players had to coexist with card- and billiard-players, which was not always an enjoyable experience. 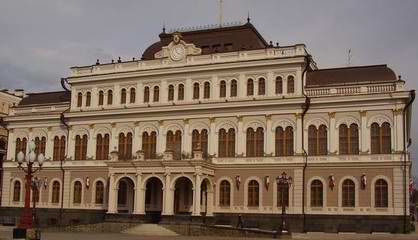 The club saw a famous singer Feodor Chaliapin, who carried his love for chess across his whole life, not to mention a high school student of Kazan Vladimir Ulyanov (Lenin). Who knows, were it not for Bolshaya Gruzinskaya and its testimony that Lenin played chess himself, would prominent Soviet organizers have succeeded in spinning the flywheel of chess popularity that high? In 1912 visiting Kazan with a purpose of playing chess was a young Alexander Alekhin. The record of his exhibition game against the city’s strongest chess players has survived until this day.

Alas, financial issues put an end to the chess society’s existence in 1913, at which point the city’s chess leader Nikolay Kosolapov would accommodate his colleagues in his house kitchen that served as a venue for small chess events.

Chess fever of Soviet times gave Kazan many a gifted chess player. We cannot but mention the name of Peter Izmailov – a master and champion of the RSFSR who defeated Mikhail Botvinnik twice. It is quite sad that Izmailov, who later moved to Tomsk, fell victim to a ruthless repressive machine. In 1935, he was stripped of a master title, a year later arrested and shot in 1937 (rehabilitated in 1956). 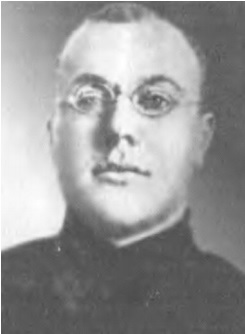 A survived picture of Peter Izmailov

Rashid Gibiatovich Nezhmetdinov (1912-1974) became a true symbol of the Kazan chess school. A master of chess and checkers (a master of the grandmaster level in case of chess), not only was he defeating the best of the best USSR players in a brilliant combinatory style, but was also an excellent coach training a number of leading players of Tatarstan and a person in charge of the RSFSR youth teams. Rashid Gibiatovich remained a leading chess player of the republic for almost half a century! 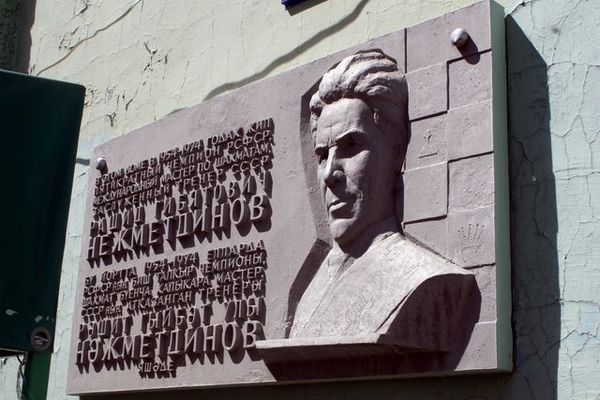 Among Nezhmetdinov’s students is a master, journalist and arbiter Yakov Damsky, chess masters William Voloshin and Yury Smirnov; however, from the historical point of view his main student was Nail Mukhamedzyanov.

National master Nail Mukhamedzyanov used to qualify into RSFSR championship finals and win the Urozhaj society championships, but his biggest achievements were scored in his capacity of a commentator. Kazan was strongly represented by the sports club named after Nezhmetdinov, into which Mukhamedzyanov invited Alexander Panchenko, a famous GM and a legendary coach. Leading chess players of Kazan was Gennady Zakharov, Head of Sberbank in Tatarstan. The city gained much from the arrival of Sergei Rublevsky and Andrei Kharlov, Russia’s outstanding players. 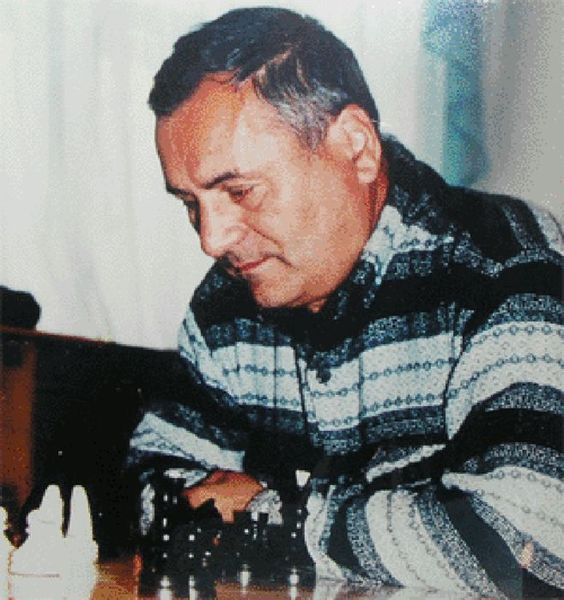 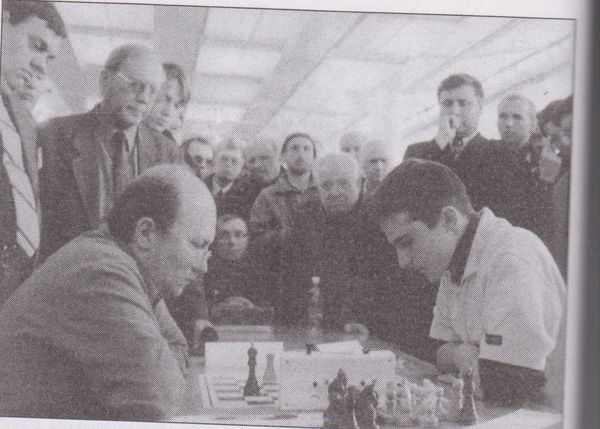 A history-shaping victory by Ramil Hasangatin – the players of Kazan are about to become championship winners in a couple of minutes from when the picture was taken.

No less successful have been female players of Kazan, having taken the national championship on three occasions (2003, 2007, 2012). Galliamova Alisa, Elena Zaiatz, Iulia Mashinskaya, Tamara Chistiakova, Sandugach Shaydullina were among those scoring victories at that period, whereas nowadays setting the pace for the team is a younger generation captained by Karina Ambartsumova. It is worth mentioning that it were female representatives of Kazan taking gold medals at the 2018 Russian team championship. 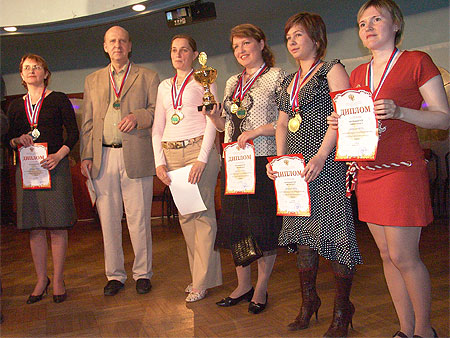 Keeping in mind that Vladislav Artemiev, one of the best young grandmasters of Russia, has moved into the city and there has also returned a more experienced hero of Kazan, a participant of the 1996 World Championship match Gata Kamsky, men's team Tatarstan is now a permanent figure among the top three at the country's rapid championships. 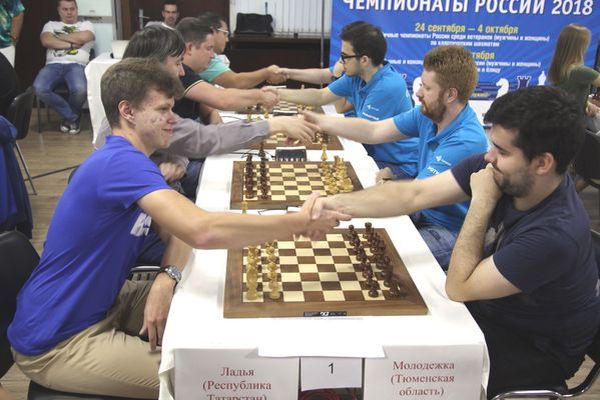 Events of a global scale

More than once has Kazan been a venue of competitions going down into the world chess history. There is no counting the amount of nerves that the entire hectic cost to Alisa Mikhailovna when setting things straight for the world championship match against Xie Jun (1999). Nevertheless, the battle did take place - the first half in Kazan, and the second in the Chinese Shenyang. Galliamova was on an equal footing with the world’s strongest chess player, going down 6.5:8.5 only at the home stretch. 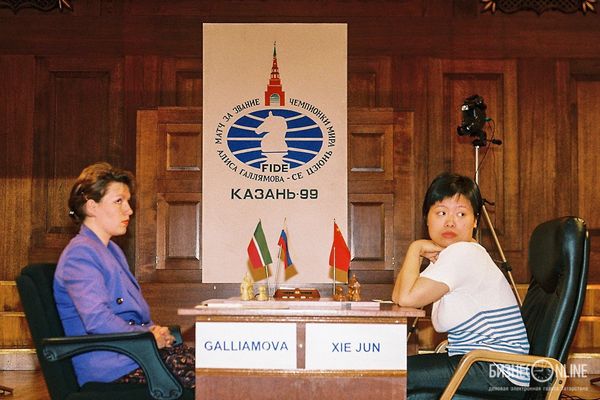 In 2001, team Tatarstan (Sergei Rublevsky, Aleksey Dreev, Andrei Kharlov, Ildar Ibragimov, Artyom Timofeev, Alisa Galliamova) challenged a dream team called Team Europe, which was represented by Alexander Khalifman, Anatoly Karpov, Viktor Korchnoi, Vladimir Akopian, Viktor Bologan and Maia Chiburdanidze. The match ended 6:6 - the hosts took lead in round one thanks to Timofeev's victory over Bologan, while in the second round team Kazan was saved (the guests came back with two victories) by Ibragimov, who defeated Akopian. 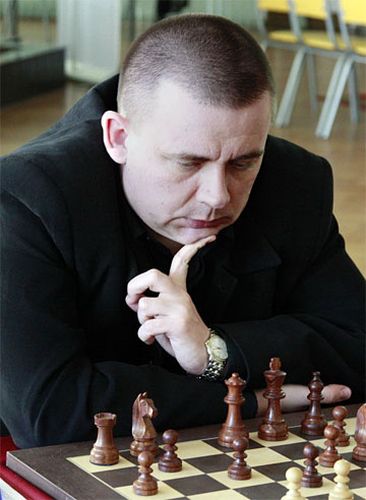 Two years later a legendary Viktor Lvovich Korchnoi revisited the capital of Tatarstan to play a match with Artyom Timofeev. The match ended 3.5:2.5 in favor of a young home player. 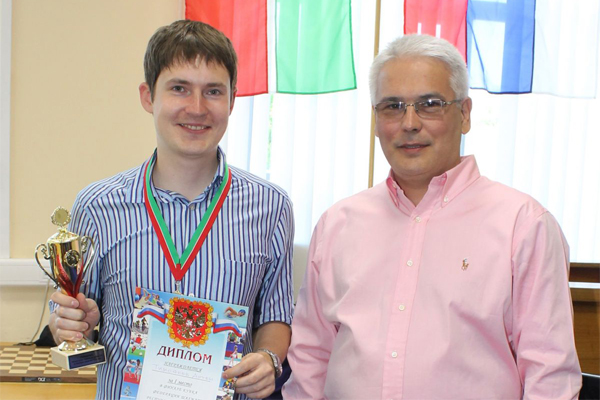 
Alas, Nail Mukhamedzyanov’s passing away in 2003 proved a terrible blow to local chess back then. Kazan hosted women’s Superfinal in 2004 (won by Tatiana Kosintseva), and Higher League of the Russian Men’s Championship a year later (won by Evgeny Bareev), but afterwards Tatarstan virtually retired from the country’s chess life. Fortunately, this period did not last long as new achievements were attained by Alisa Galliamova, and coming back home from USA to play a key role as organizer was Ildar Ibragimov.

In 2011 Kazan hosted the latest in its history Candidates Tournament (won by Boris Gelfand), which Magnus Carlsen refused from participating based on a consideration that the event’s format is too unpredictable. The competition was rich in draws, and beginning with the next cycle the Candidates switched to the round robin format. 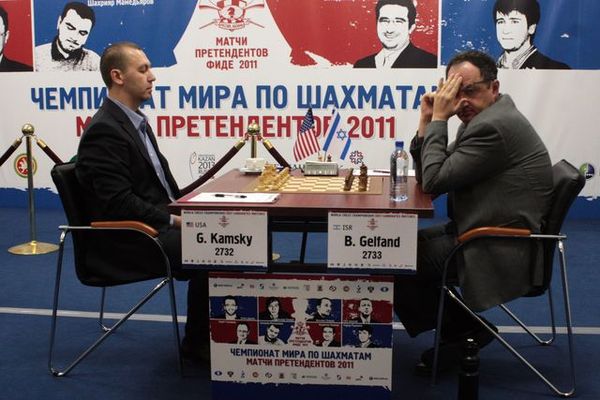 Gata Kamsky went down to Boris Gelfand in the semifinal

A year later, Tatarstan hosted one of the Women's FIDE Grand Prix events (1-2. Humpy Koneru and Anna Muzychuk), and in 2014 there took place the country's men’s and women’s Superfinals (won by Igor Lysyj and Valentina Gunina). 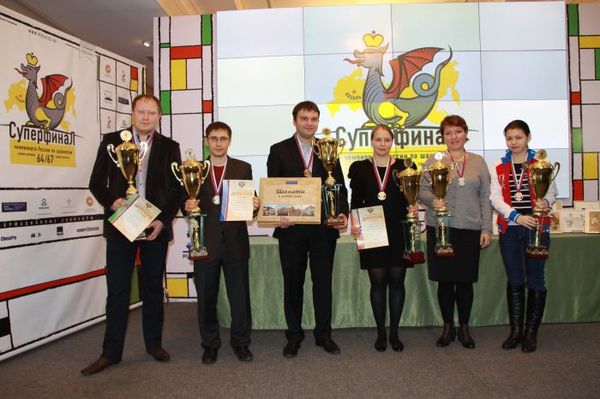 Winners and prize-winners of the Superfinal in Kazan

Taking place on a yearly basis is The Rashid Nezhmetdinov Memorial, which also belongs to the Russian Cup and FIDE Grand Prix series of events.

Artyom Timofeev is among leaders of a major tournament in Budapest Even as your author is about to finish writing this article. I do believe that the glorious history of one of the country’s most advanced chess regions is only about to begin!