Brief Moment Between the Past and Future of Chess

I had a chance to converse with the editor of the “64” chess magazine Igor Burstein. While enthusiastic about the tournament, he did lament Nona Gaprindashvili’s absence in Dagomys. Nona Terentievna is the only now living representative of chess kings and queens who used to sign papers related to Belaya Ladya half a century ago. By the way, they would often ask about famous chess players participating in the very first final. It turns out that an 9-year-old Zurab Azmaiparashvili was the one playing for team Georgia. Besides, while all other participants were members of the Vladimir Lenin All-Union Pioneer Organization, Zurab too young for that and belonged to Little Octobrists.

Meanwhile, team India is gradually coming back in the friendly match with Russia after having won back three out of five games dropped at the start! With all our attention focused on this friendly match, we have almost neglected the core event itself.

Leading the field is a team from Yekaterinburg coached by GM Andrey Shariyazdanov. With 13.5 out of 16 under their belts, there is no resting on laurels with team Mongolia and yet another team from the region rich in chess traditions – namely, the Nizhny Novgorod, hard on their heels. 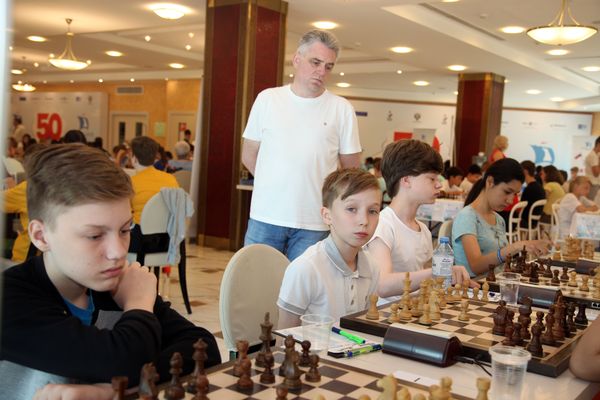 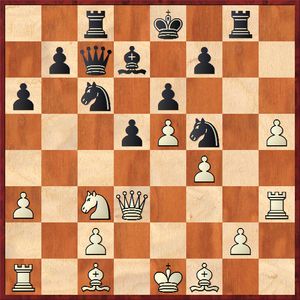 The correct sacrifice, only that Black’s followup was a failure. 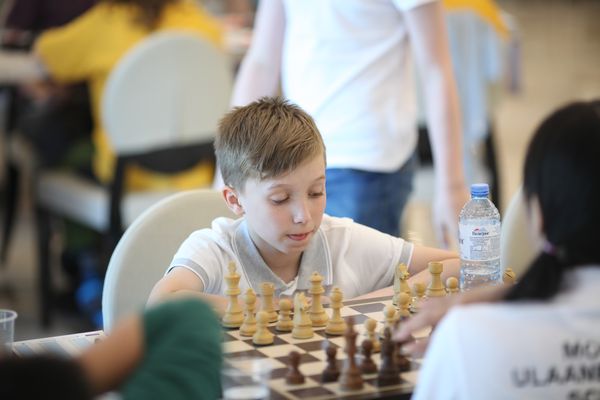 There is no easy time when facing A.Pingin over the board (Photo credit: V. Barsky) 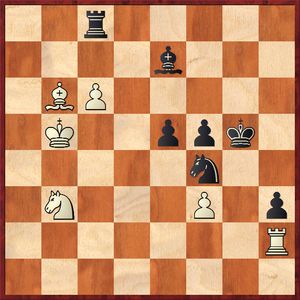 In the mid-tournament there arrived a famous study composer and multiple world champion in chess composition Oleg Pervakov. One of the coaches was so amazed by what he saw that he claimed the game’s resemblance to one of Oleg's masterpieces. He claimed that Black was limited to 48...Nd5, while White had only 49.Bg1 at his disposal – the why of it becoming clear after some 10 moves of mutual checks and captures. Fortunately, the children were unaware of such subtleties, and after 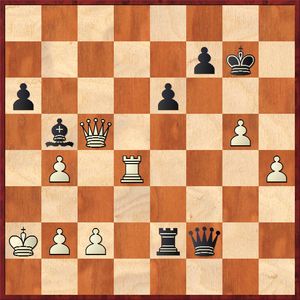 Black is up a piece and winning, the easiest way through is 44...e5. This is when the fireworks began.

Black could have given up the rook with 47...Rxb2+ 48.Qxb2 Qe1+ 49.Kc2 e5, but White would have had no problem converting his up an exchange superiority. However, the game saw a clear checkmate!

I wish good luck to everyone!