Baira Kovanova: Kalmykia has little in terms of chess now

- Baira, my congratulations! How has the tournament been unfolding for you?

- A key to my success was cycle one, which pitted me against Margarita Schepetkova. In game one I could have got an edge, but started playing ambitiously and was on the brink of going down. I was down a pawn, but my opponent, being in time trouble, committed many blunders herself. This event’s time format is such that there is no adding 30 minutes to your clock after move 40, which puts you down to wire by having to blitz your moves on a 30-second increment. If I were to lose that game, things would have shaped differently for me …

Lena’s decisive mistake in the ultimate final’s game was burning up much of the clock time in a complex position. She never found the winning move, and then her exhausted mind went blank and she blundered.

- Did you have problems qualifying into the final itself?

- I ended up sharing 1-4 in Satka and remained second by additional tiebreakers. Honestly speaking, I never hoped to qualify, believing this result insufficient, but then it turned out that the Cup final overlaps with the Superfinal. With many folks vacating their places, I made it into the final eight.

- This has not been your first qualification into the final, has it?

- If my memory serves me right, this is my sixth one. The first time was back in Belgorod, in 2010, when I lost a bitter Armageddon game to Irina Turova. A year before that I had been knocked out in cycle one. I reached cycle two on numerous occasions, but my tiebreakers used to be my downfall, such as against Olga Girya and Aleksandra Goryachkina. Last year I went down to Daria Pustovoitova (now Daria Voit) in the last eight. I did want to take this year’s even as the lineup was not as strong as it usually is, which gave me decent chances to accomplish this goal. I have long since taken first in a big event!

- Is Khanty-Mansiysk your lucky city, or no two times are ever the same?

- My debut in Khanty-Mansiysk was at the 2010 Olympiad. I performed for the Russia-3 team, which was lined up of the Khanty-Mansiysk Autonomous Okrug — Yugra players. Our performance was brilliant! I scored +5 on board one, while Svetlana Bezgodova and Ekaterina Kabanova made norms on their boards. The women’s club Yugra was organized as a result, which I have played for since then but for season one, and I do hope to go on as its members for years to come! 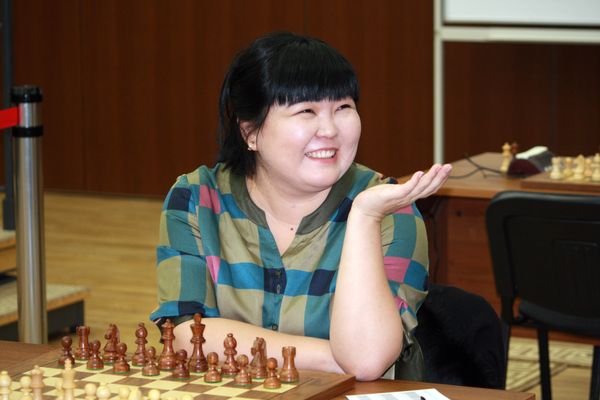 - Your team has won this year again, right?

- We havе taken the Russian classical, rapid and blitz Championships, but did poorly at the European Clubs Cup, having ended up in the share of 3-4 places.

- Are you and the team still being coached by Pavel Lobach?

- It is exactly for today’s game that Pavel Vladimirovich has prepared me for, but it turned out other than expected as my out of the opening position was not to my liking. Lobach has always stood at my side as a coach, although there are other people who work with me as well. I had a difficult slump period in my career when my rating was on the constant decline. I feel so happy now that this forgotten feeling of success starts coming back to me. I do hope this is going to be a turning point.

I have done a lot of training for this event. When I leaned about making it into the final, I got down to hard work and set a kind of individual record by studying chess for many hours throughout the whole November. Pavel Vladimirovich was always there to support me! 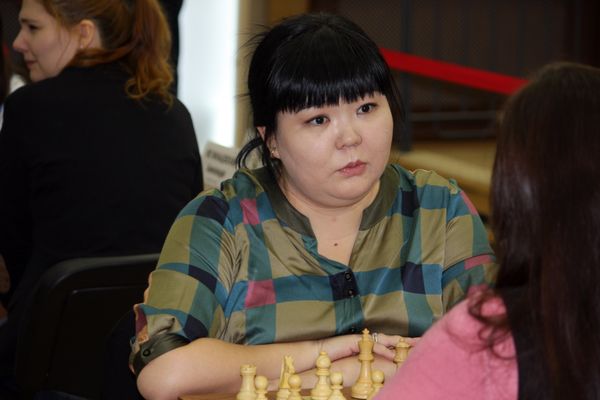 - What about the chess life in Saratov? Judging by headlines, the financial side of the matter leaves much to be desired?

- I have no idea if Evgeny Tomashevsky is supported anyhow, but Natalia Pogonina is reimbursed travel expenses to the Superfinal... There is no reimbursing tournament expenses at all, although they start promising something nowadays. I do hope they are going to reimburse Higher League expenses, but I does not look like happening sooner than 2018…

- What about the chess federation?

- There are neither resources nor sponsors, neither is there much interest in chess with the city authorities itself despite a great number of grandmasters, good coaches and many kids drawing enthusiasm from chess. Artur Muromtsev, President of the Saratov Oblast Chess Federation, does everything he can from organizing competitions to working closely with the ministry of sports. However, he holds public office without any wages, while there are no influential chess patrons in Saratov right now. We are yet fortunate that wages of chess instructors have not been cancelled yet, which is a source of at least some financial support these days.

- Do you visit your native Elista from time to time?

- Of course, all my relatives are there! But Kalmykia has little in terms of chess now. Whereas Saratov can boast a certain level of chess activities, Elista is very poor in comparison. The Chess City accommodates various ministries; the city grows larger and many buildings are under construction. The former wastelands beyond the Ostap Bender monument have been developed into a new city district. This is not at all true about chess developments, however.

- Baira, do you plan to go to the Saudi Arabia event?

- I do. Right now I have no visa yet, but what is there to fear, after all? You stay in the hotel all the time, leaving it only to play chess. I think the majority of invitations will be accepted and only a few are going to turn them down. My further plans include the Moscow Open and the European Women’s Championship in Slovakia. 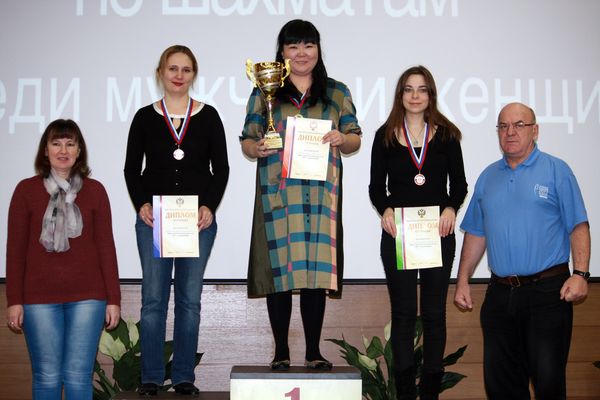