In those two matches that ended in classical chess, the winners were more focused and accurate during the critical moments of play and showed great skill. Tie-breaks, on the other hand, were decided by nerves and luck. As the saying goes, those who made a penultimate mistake made it through. 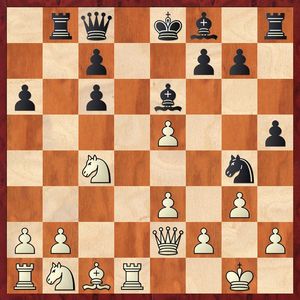 White mishandled a sharp line of the Catalan and must take precautions against Black's looming attack that starts with h5-h4.

The move in the game gives White a rook for a minor piece, and Black needs to prove his compensation. 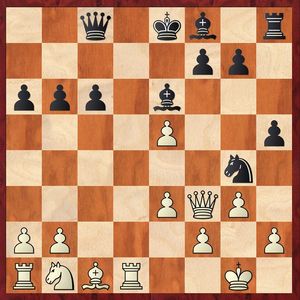 Now the rating favorite of the World Cup begins to play one-move threats, and an advantage gradually passes to Grischuk.

White finally gets time and can start developing the queenside. However, in the subsequent game Alexander missed several promising opportunities and allowed the opponent to create counterplay. 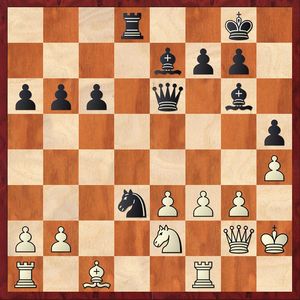 The second game of the match was slow and balanced, but as it went on, Ding found weak spots in Black's position, and the time-troubled Grischuk failed to protect them properly. 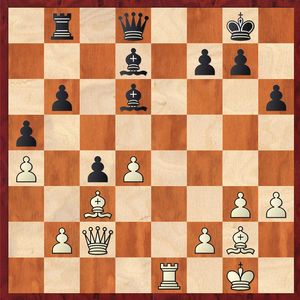 26...Qc7. It is better to support the с4-pawn with the rook from c8, in order to have more options for the queen.

27.h4. By moving the pawn away, White prepares to activate the light-squared bishop.

28...Rxe1+. This natural-looking exchange that logically continues Black's previous actions turns out to be a mistake. The threat of  Qg6 could be parried without swapping the rooks by 28...Qc8 29.Qg6 Rxe1+ 30.Bxe1 Be6 31.Bxe6 Qxe6 32.Qxe6 fxe6, and the bishop ending looks drawish. The computer also suggests the illogical 28...Rd8, however, it is obvious that Black is not only bothered by some abstract matter, but is also uneasy about allowing 29.Re3. The cool-blooded defensive trick29...Bf8 30.Rf3 Bxa4! (benefiting from the rook being on d8) solves his problems but is hard to spot.

29.Bxe1. The bishop has retreated, and the c4-pawn is attacked. 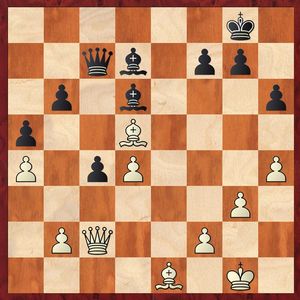 The move made by Alexander surprisingly made his position hopeless. 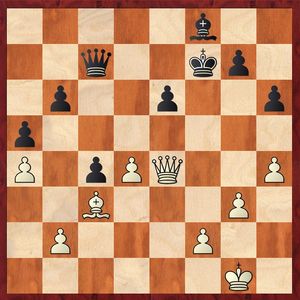 The first game between Radjabov and Xiong lacked excitement, but the crowd was generously rewarded in the second game. 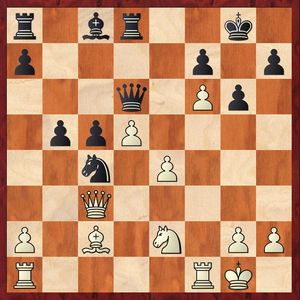 The grandmaster from Azerbaijan took his opponent by surprise in the opening and got a promising position. Then he did not find the best square for his queen, missed the best time for decisive actions, and Black got a chance to create counterplay. However, Xiong's play was not consistent enough.

22...Re8?! After 22...Bd7 or 22...Ne5 Black has a solid and harmonious position with good chances of seizing the initiative. Fragility of the b5-pawn+c4-knight construction provoked Xiong to enter wild complications, but his first line of forces lacked the necessary support of the rear group. 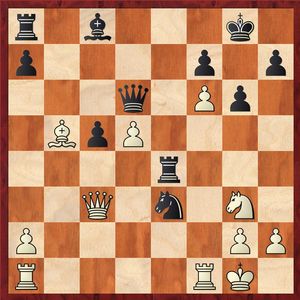 26.Rac1. White keeps improving his pieces one by one, while the same cannot be said about Black. 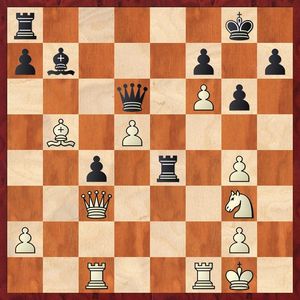 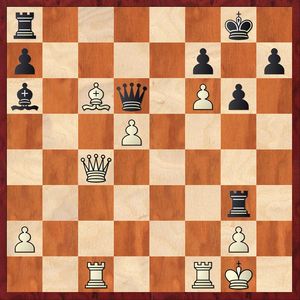 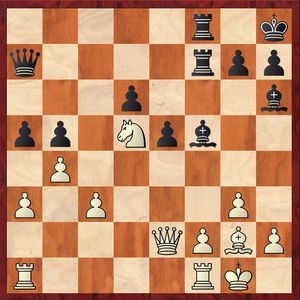 33...Bg8 is interesting,  intending to create counterplay around the e-pawn after 34.Rxf2 Rxf2 35.bxa5 Qf7, but we are obviously talking about the lesser of evils. 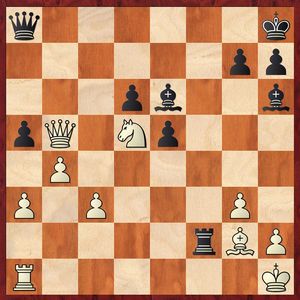 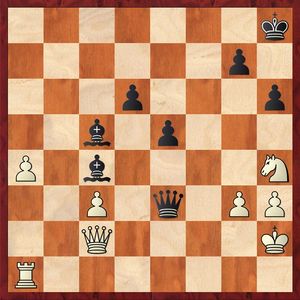 The players exhausted the limit of games allocated for tie-break and were completely exhausted themselves, too. One can't help feeling sorry for both of them. 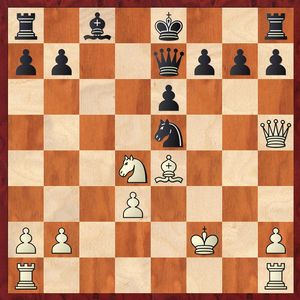 In the Armageddon game, Yu Yangyi blundered two pawns on the 9th move. Here 17...Qc5 yields a whole knight (White's losses after 18.Ke3 Nc4+ are even more severe). However, Nikita played17...Nd7, and the wheel of fortune began to spin in another direction.

Vachier-Lagrave and Aronian followed a similar plot in their second rapid game. 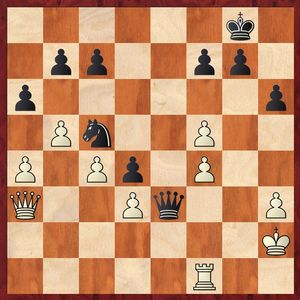 Levon has outplayed Maxime and got a strong attack with an exchange sacrifice. Here it is rather easy to spot 31...Ne4!, and the threat of Qg3+ basically ends the game. 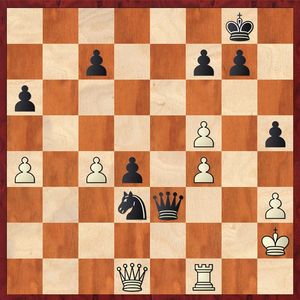 Thus Vachier-Lagrave avenged his loss in the Semifinals of the previous World Cup.