Arkady Dvorkovich: I Am Proud of My Family and Friends

With my children, wherever they are.

2.     What would you do if chess disappeared from your life tomorrow?

I would certainly rediscover them, perhaps after playing football for a day.

3.     What, in your opinion, has a positive and negative role in the development of contemporary chess?

The most positive is the interest of millions in chess, a remarkably-positive image of the sport and a global appreciation of the role of chess in intellectual development. All that is complemented by a significant number of young talented players and a growing level of competition among countries.

The negative aspect is the low quality of administration shown by FIDE, a lack of long-term programs, a lack of recognition given to chess as a sport and a defective style of communication with the corporate world.

4.     In the history of chess, who has been unjustly elevated or unjustly underappreciated?

Chess gives everyone what they deserve. The answer is unoriginal, but accurate. However, it has been known that politics or tragic events have left their marks in biographies of exceptional players.

5.     What clichés do you know about chess and how would you respond to them?

6.     What preconceptions about life or about chess would you like to be rid of?

I don’t pay attention to them. I just try to go about my job professionally. I try to remain open and kind. With chess, I hope, as FIDE President, to prove that chess isn’t some incomprehensible activity of a pre-computer age, but a modern game that can be interesting to many people around the world.

7.     What should the chess press accentuate?

In chess, just like in any other activity, no detail is insignificant. Every aspect is important. The beauty of the game, the role of chess in intellectual development (there have not been many studies of that), the coverage of large tournaments, all the different competitions- no matter where they are held and who is competing- are worthy of media attention.

8.     What skill would you like to learn, or regret never learning?

Tobebetteratchess! To become a teacher one day, maybe. To speak several foreign languages. But I don’t regret as much as I try to make up for it.

I feel shame when I am unable to do what I promised in time.

I won’t speak about my personal qualities out loud. But I am happy that I am surrounded by many kind and professional people and that I am supported by my family.

I don’t like the fact that I devote too little time and attention to them. And many other things. I always think that I could have done more. 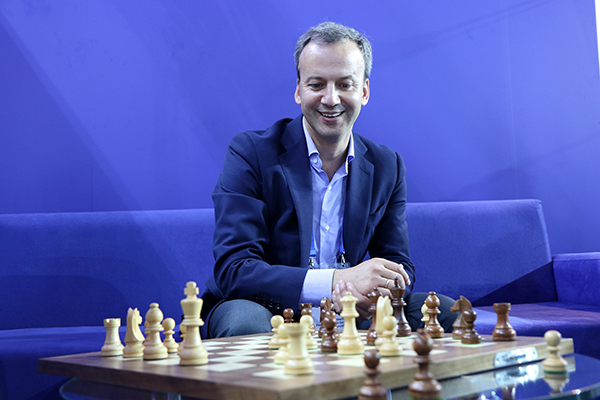 11.  What would you like to improve about your country if you had the opportunity?

I did have that opportunity in the past and continue to have it today. I think that our team has achieved a lot in the last twenty years. But there remains even more to do. I will help to improve the quality of education and innovation at the Skolkovo Institute. And, of course, I will help to develop chess!

Every true professional, no matter what one does.

13.  What question would you like to hear from us and how would you answer it?

“Do you believe that chess can be elevated to a new level of popularity and recognition throughout the world? Yes, Ido.”

14.  Which three books would you recommend?

A collection of Chekhov’s works, though that is more than three books.

15.  Which of you games was the most interesting?

I shan’t pick up my chess diary, since most the games were played when I was a child. Furthermore, some magazine has already described my amazing three-move mate against Tal’s daughter in those distant 1970s. But even now, I sometimes manage to perform well on the Internet.

16.  Which chess players would you invite to a tournament, and how would you organise that tournament if a sponsor gave you the chance?

We already organise the Tal Memorial in Moscow for the strongest players from Russia and elsewhere, and we will continue to do so. The main accent is on classical chess, but rapid formats must also be employed, as we do on a regular basis. I don’t really believe that chess’ problems lie within a bad format of tournaments.

17.  Which achievement are you most proud of and why?

A difficult question. Inlife, Iamproudofmyfamilyandmyfriends. In work, as chess players like to say, that game is ahead of me. Let’s say that my main achievements are still to come.

18.  With whom would you trade your life for one day, and why?

I wouldn’t, because everyone has their own fate and their own chance to change something. Sometimes, I do wish I was in the shoes of a chess or football champion. But that is the fruit of their efforts, which would have to replace what I have done so far. But they have their own lives and their own calling.

19.  When was the last time you did something for the first time, and what was it?

Once again, I found myself in another country for the first time. Butthathappensalotwithme. Recently, I ran a half-marathon in San Paulo with my friends. It felt unusual, but I am glad that I survived it.

All in all, I try not to stand still and to keep growing, which requires me to try things anew fairly regularly.

20.  An important question: how do you see your chances in the upcoming elections for FIDE President in Batumi? If you win, what would you change in chess?

My chances are high, but whether that translated itself into a victory depends on me and my team alone. We’ll do everything we can to make it happen.

We have to change a lot and our program speaks about this in detail. The main thing to have is a professional approach to the task. We need to strive for real results, not just empty words. We need a team that will work and that will not become submerged in intrigues. Chess has enormous potential and I will be happy to apply my knowledge and experience to ensure that our favourite game occupies a worthy place- in sport as well as in society. 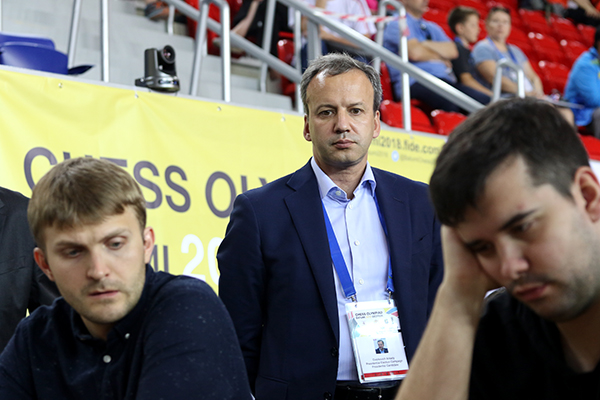