The tie-break has brought more upset. 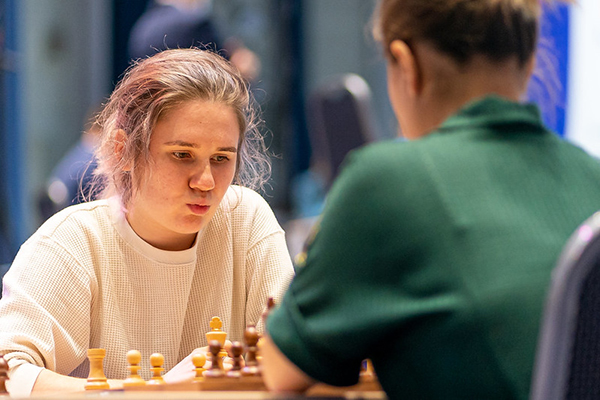 Round three tie-break of the FIDE World Cups took place in Sochi on the International Chess Day, July 20.

The camp of rating favorites has suffered further losses: Anish Giri of Netherlands lost both “25 + 10” games to Nodirbek Abdusattorov of Uzbekistan. Also out of the World Cup is Shakhriyar Mamedyarov (Azerbaijan) as a result of going down to Haik Martirosyan (Armenia) in the first rapid game and failing to bounce back in the second one.

The Indian chess players Baskaran Adhiban and Santosh Vidit determined the winner only in blitz. The first game was a draw, and the second one favored Vidit.

The Russian David Paravyan managed to equalize the score after losing in the first game to Maxime Vachier-Lagrave (France). The next four games ended in a draw, and it was only in “Armageddon” that the Frenchman celebrated the victory with the white pieces.

In the women’s tournament, only Nana Dzagnidze of Georgia managed to immediately win both 25 + 10 games over Carissa Yip of the USA.

In the Russian derby, Leya Garifullina – Polina Shuvalova traded the blows. Having lost the first game, Anna Ushenina managed to fight back on demand in the second one over Mariya Muzychuk (both from Ukraine). Bela Khotenashvili (Georgia) and Bibisara Assaubayeva (Kazakhstan) started off to two draws.

Assaubayeva defeated Khotenashvili in both 10-minute games, while Shuvalova snatched victory from Garifullina in a tense struggle.

Mariya Muzychuk and Anna Ushenina swapped blows in the 10 + 10 games, and the former proved superior in the blitz section.