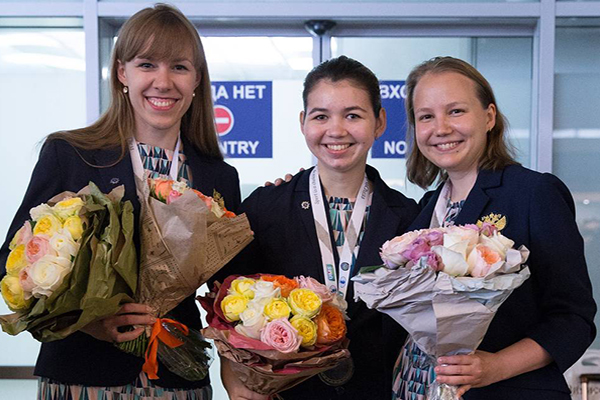 Head coach of the Russian national women's team Sergei Rublevsky announced the team's composition for the European Team Championship, which will take place in Batumi, Georgia, from October 23 till November 3, 2019.

Sergei Rublevsky: "Usually, the Russian Championship Superfinal is the key event after which we form the women's national team's composition. Unfortunately, this time we had to announce the composition before the Supefinal ends due to the ETCC Regulations. Taking into consideration our players' ratings and other athletic criteria, the coaching staff decided to send the following team to Batumi: Aleksandra Goryachkina, Kateryna Lagno, Valentina Gunina, Alina Kashlinskaya, and Olga Girya. We hope that this a bit renewed team will allow us to fight for highest medals at the European championship. Traditionally, our main rivals will be the teams from Ukraine and Georgia, the prize-winners of the recent World Chess Olympiad. The latter will be playing at home, as it was at the Olympiad, and it makes the Georgian team dangerous twice".
Tweet
Tweets by ruchess_eng