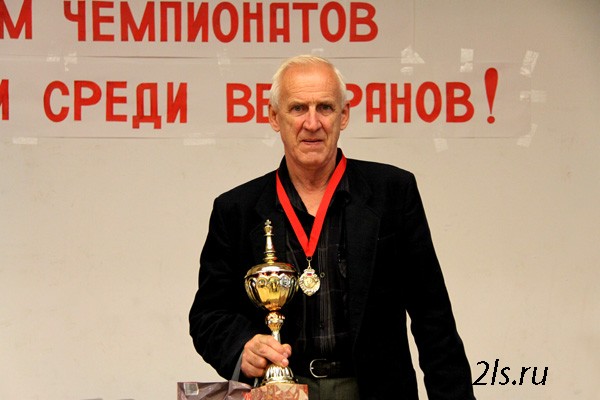 Vladimir Viktorovich Zhelnin was born on March 13, 1947, in Kaluga.

All three brothers in Zhelnin family were playing chess, so Volodya, the youngest of them, received many valuable advice from his older brothers. No wonder he achieved the most of all.

During school Vladimir studied chess with famous coach from Kaluga D. N. Vassilevsky. The results of the young player soon made him well-known at the national chess scene. His main achievement was winning the All-Russian School Spartakiad in Gorky in 1963, where he surpassed the young Tolya Karpov and many other famous players.

However, Vladimir Zhelnin did not become a chess professional. He graduated as engineer from Moscow Technical University and started working in the industrial sector in his native town. However, he preserved his love to chess, and occasionally participated in various tournaments.

In 1974 he became a master of sport, and in two more years he won a strong final of Zenit Voluntary Sports Society in Moscow. In 1989 he won the final of Trade Unions Championship in Voroshilovgrad.

After the lift of the Iron Curtain, Zhelnin started playing outside USSR, mainly in open tournaments in Poland and Czech Republic. His first IM norm fulfilled in Poland, 1991, where he finished 7th, ahead of about a dozen grandmasters. He officially became an international master in 1994.

When Vladimir Viktorovich reached a senior age, he passionately entered competitions for seniors. Three times he was second in Russian Senior Championships in classical chess. In 2011 he was strongest in rapid chess, and in 2012 won the Senior Blitz Championship. Consistency of his results earned Zhelnin a spot in the Russian Senior Squad. He became one of the most reliable members of the team, a true fighter, who always plays for a win.

With the Russian team, Vladimir Zhelnin won a number of World and European Senior Championships, winning medals for his board performance twice. At the latest individual World Senior Championship, he tied for 1st-5th places, but remained 4th due to inferior tie-break score.

Vladimir Zhelnin's current FIDE rating is 2455. This is the highest rating for players who are at least 70 years old and continue actively participating in rated events. His main supporters at home are his daughter and grandson, age 8, who also studies chess.