Six rounds are played in Sochi. 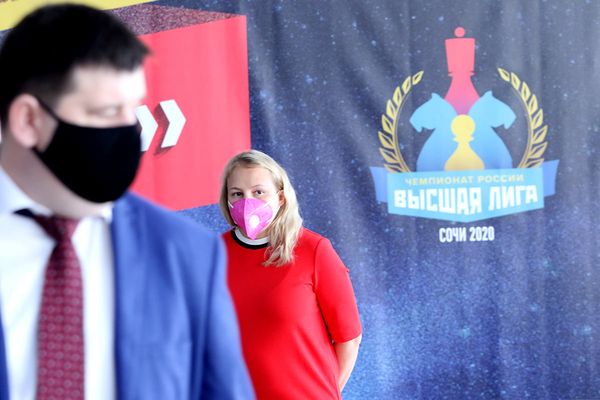 
The sixth round of the Russian Championships Higher League was played in Sochi on October 14. Before the games started, the tournament director Alexander Tkachev and chief arbiter Artem Akhmetov had presented FIDE diplomas to Dinara Dordzhieva (WGM) and Polina Shuvalova (IM).

In the open tournament, Maksim Chigaev defeated Mikhail Antipov on the first board with the black pieces to take the sole lead with 5 points. Aleksey Goganov and Vladimir Fedoseev, who won against Sanan Sjugirov and Valery Sviridov respectively, are half a point behind. Nine players have got 4 points each. 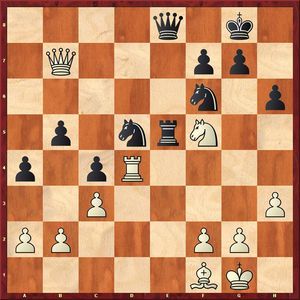 
As usually, Mikhail was acting quite creatively in the middlegame and pushed his queen to the back areas of the opponent's position. According to the classics, Maksim prepared a counterattack in the centre and opened up the e-file. White should have switched to defence by 31. g4, although his position would have been rather unpleasant after  31...a3! 32. bxa3 Nxc3. But Antipov continued to play optimistically. 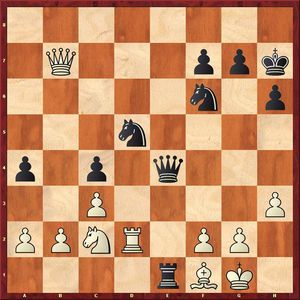 The game ended in a more prosaic way. 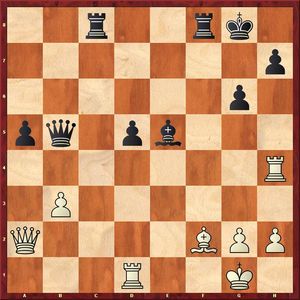 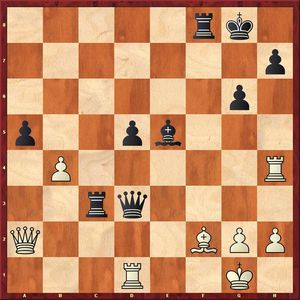 In the women's event, Leya Garifullina made a draw with Marina Guseva, while Valentina Gunina beat Ekaterina Kovalevskaya as Black to become the sole leader with 5 points. Garifullina, Guseva, and Ekaterina Goltseva are trailing by half a point. 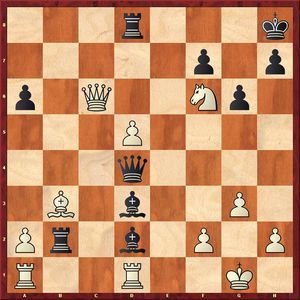 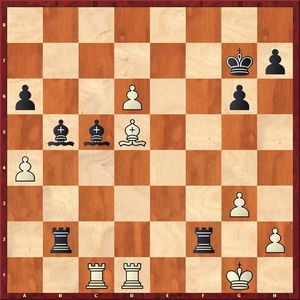 The seventh round will be played on October 15. 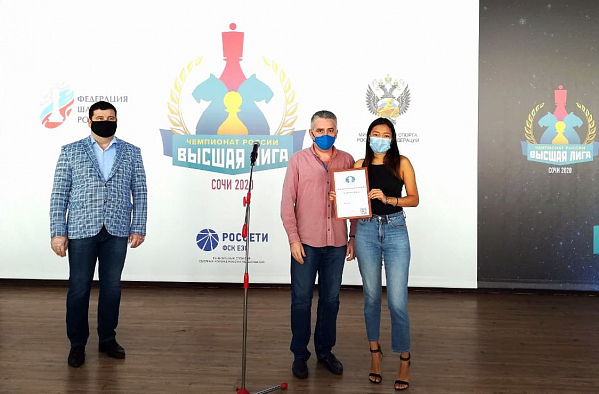 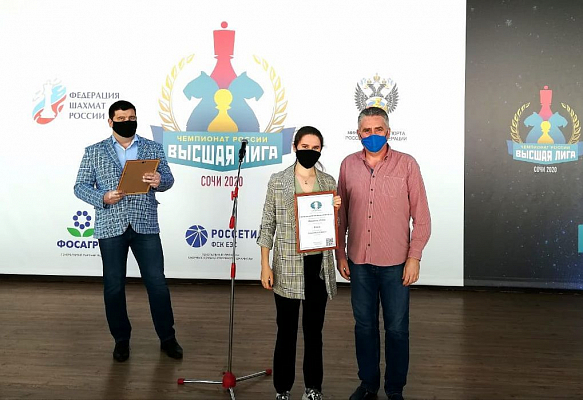